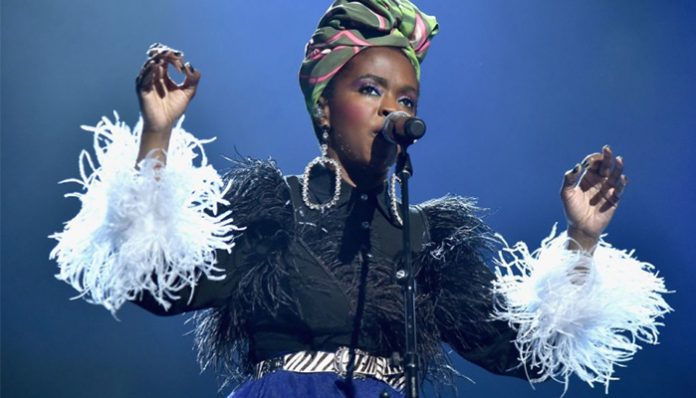 Lauryn Hill rose to prominence in the early 90’s as a member of the hip-hop group Fugees. During their time together, they released two studio albums, one of which went platinum six times in the U.S. After seven years of activities, they disbanded in 1997.

Following that, she successfully launched a career as a solo artist with the release of her debut effort, The Miseducation of Lauryn Hill. Critically acclaimed, it gave rise to many hits including Too Wop (That Thing), Everything is Everything and Ex-Factor, all of which received RIAA accreditation.

Though she hasn’t come out with any new albums, she remains active with regular tours and shows throughout the year. How much has she earned from her music career? How successful is she as a singer? According to sources, Lauryn Hill has amassed a net worth of $8 million as of 2018. We’ll be going over some of her career highlights below.

How did Lauryn Hill Make Her Money & Wealth?

Born on May 26, 1975, in East Orange, New Jersey, Lauryn Hill was brought up in a musically oriented family. Not only did her father sing, but her mother was a skilled pianist. Growing up, she often listened to music by Gladys Knight, Curtis Mayfield, and Aretha Franklin. Later as a teen, she joined a music group called Translator Crew; within a few years, they renamed themselves as The Fugees.

During their time together, they released two albums- Blunted on Reality and The Score, the latter of which proved to be a commercial success. A chart topper in multiple countries, it spawned the hit singles Fu-Gee-La and Killing Me Softly. Despite their success, however, the Fugees soon disbanded in 1997.

Ultimately, it wasn’t until 2005, that they reunited for a European Tour. Though there were rumors that they were working on a new album following the tour, such claims were later refuted by the band. In fact, the relationship between the members had deteriorated so much, that they later went their separate ways again in 2006.

In addition to his work with the group, Hill has also enjoyed success as a solo artist. In 1998, she released a studio album titled, The Miseducation of Lauryn Hill, which was met with critical acclaim. Responsible for three RIAA-certified singles, it had peaked at number one in both the U.S. and Canada.

Though she hasn’t released any new studio albums since, she did put together a live album in 2002, which went platinum in the US. In the 2010’s, Hill also recorded a few singles including Repercussions, Consumerism, and Neurotic Society (Compulsory Mix).

In terms of guest appearances, she has been featured in the works of several artists including John Legend, Has, Method Man, and Mary J. Blige in the past.

Though it’s not her main focus, she has also acted on several occasions (mostly in the 90’s)- some of her acting credits include the films Here and Now, Sister Act 2: Back in the Habit, Restaurant, and Concerning Violence.

No, as far as we know, she is currently single.

Does Lauryn Hill Have Any Children?

Yes, she has six children from previous relationships. Her youngest child was born in 2011.

Did Lauryn Hill Go to College?

No, as far as we know, Lauryn Hill has not gone to college.

What is Lauryn Hill Famous For?

Lauryn Hill initially rose to fame in the 90’s as a member of the hip-hop group, Fugees. In 1998, she also received critical acclaim for her solo album, The Miseducation of Lauryn Hill.

Unfortunately, we do not have any information on Lauryn Hill’s location at this time, nor do we have any pictures of her abode.

What Kind of Car Does Lauryn Hill Drive?

Details on Lauryn Hill’s vehicle are not available.

How Much Money Did Lauryn Hill Make Last Year?

At this time, we do not have any information on Lauryn Hill’s annual salary.

For those who’d like to see her perform live, she will be hitting the road for her 2018 worldwide tour later this summer. For more details, you can visit her official website at lauryn-hill.com.

In terms of upcoming projects, she will be starring in a drama film called, Man in Wood, which is currently in the works.

Want to keep up with the singer? Why not follow Lauryn Hill on social media if you’re a fan? You can find her on Twitter at @MsLaurynHill or on Instagram at @Ms_LaurynHill. While you’re at it, don’t forget to also like her official Facebook page here!