The Chainsmokers Net Worth 2018 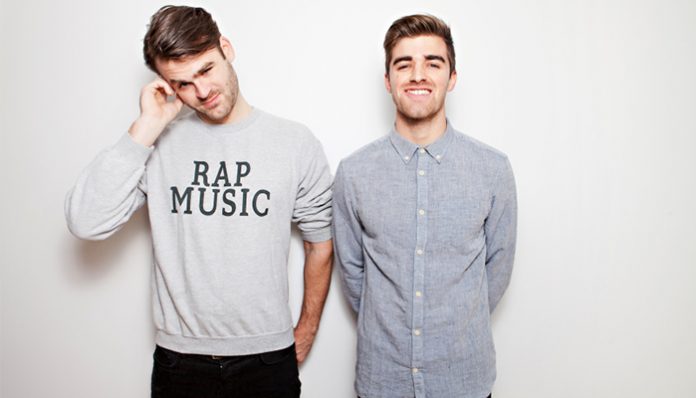 An award-winning DJ duo, The Chainsmokers gained widespread attention with the release of their single, #Selfie in 2014. Since then, they’ve dropped several other hits including Roses, New York City, Don’t Let Me Down, Paris and Closer, many of which have gone multi-platinum in the U.S.

In terms of multi-track projects, they released their first extended play, Bouquet in 2015. Well received, it charted within the Top 50 on the Billboard 200. From then until now, they’ve also come out with the extended plays, Collage, and Sick Boy. Their most recent album, Memories…Do Not Open was issued in April 2017.

How much have they earned from their albums and singles? How lucrative is their music career? What are some of their greatest releases to date? According to various sources, The Chainsmokers have amassed a net worth of $24 million as of 2018. Where did they earn most of this wealth from? Let’s have a better look at what they’ve managed to accomplish below.

How did The Chainsmokers Make Their Money & Wealth?

Formed in 2012, The Chainsmokers originally consisted of DJ Rhett Bixler and Alex Pall. After the former left, Andrew Taggart, who was an intern at Interscope Records at the time, was invited to take his spot. Not long after performing their first live concert, they released a single titled, #Selfie, which garnered them widespread fame. A breakthrough success, it eventually reached number 16 on the Billboard Hot 100 after being re-released by Dim Man Records.

A year afterward, the pair signed a music deal with Disruptor Records. From there, they released a few singles- Roses, Good Intentions, and Until You Were Gone, all of which proved to be commercial successes. Their first extended play, Bouquet was later issued in the fall of 2015. Well received, more than 500,000 copies have since been sold across the country.

Following that, their popularity only soared higher with the release of their second EP, Collage in 2016. Their first platinum hit, it gave rise to many songs including, Closer (Feat. Halsey), a chart-topper that has since gone multi-platinum in several countries around the world. In terms of their most recent project, they had come out with their first studio album, Memories…Do Not Open last spring.

As you can probably expect, most of the duo’s earnings come from the success of their musical releases. Considering the number of records that they’ve sold over the past few years, it’s not surprising to know that they’ve earned as much as they have.

Having said that, it’s obvious that The Chainsmokers have more than one stream of revenue. For instance, they often put on shows throughout the year. In fact, they had just embarked on a worldwide concert tour last year in support of their debut album. Kicked off in April 2017, it continued for six months, before coming to an end in Auckland, New Zealand.

If you’d like to support the music duo, they have an official merchandise store which you can visit here. At the time of this writing, a variety of products are available for purchase from t-shirts to sweaters.

The Chainsmokers’ Personal Life and FAQ

Is The Chainsmokers Married?

Alex Pall: As far as we know, he is currently not in a relationship.

Does The Chainsmokers Have Any Children?

No, neither of the members have any children.

Did The Chainsmokers Go to College?

What is The Chainsmokers Famous For?

The Chainsmokers rose to fame in 2014 with the release of their breakthrough hit, #Selfie, which charted among the Top 20 in several countries worldwide.

As far as we know, both of the members currently reside in New York. We do not have any additional information at this time.

What Kind of Car Does The Chainsmokers Drive?

Details on their vehicles are not available.

How Much Money Did The Chainsmokers Make Last Year?

At this time, we do not have any information on The Chainsmokers’ annual salary.

Last month, The Chainsmokers released their third extended play, Sick Boy, which reached number 53 on the Billboard Top 200. Among the tracklist were the songs Sick Boy, You Owe Me, Somebody (Feat. Drew Love), and Everybody Hates Me, all of which were later released as singles.

Want to keep up with the duo’s activities? If so, why not follow The Chainsmokers on social media? You can find them on Instagram and Twitter at @TheChainSmokers. While you’re at it, don’t forget to also visit and give them a like on their official Facebook fan page, which you can check out here.