What Happened to Dr. Elizabeth on Dr. Pol? 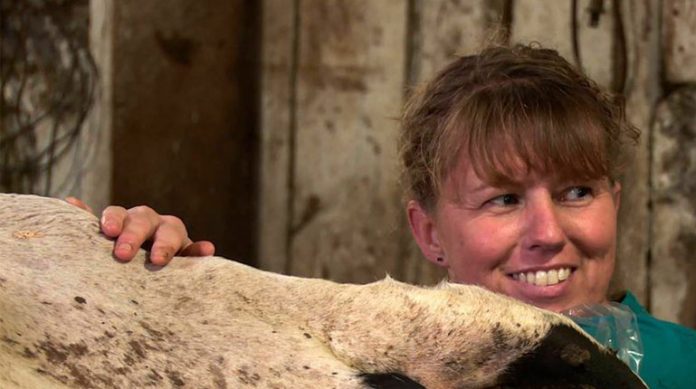 The National Geographic Wild channel show “The Incredible Dr. Pol” has had its share of controversy and court appearances. While some of the malpractice and negligence lawsuits (though overturned) have caused the show some damage, none have had a targeted effect on any individual, save one. Perhaps the most tragic of these controversies, and least heard about, was the story of what has happened to Dr. Elizabeth Grammar as of late. What made Dr. Elizabeth leave “The Incredible Dr. Pol”, and what has Dr. Elizabeth been up to in 2018? Let’s find out.

As of 2018, Dr. Elizabeth Grammar has quite purposefully removed herself from the spotlight. While nominally still a DVM (Doctor of Veterinary Medicine) in Barnesville, Georgia, there have been considerable efforts to clear any information on her including practice reviews off the internet. What has stayed, however, is a tragic tale that occurred in very late 2016 and early 2017. On Christmas Eve, it is reported that Dr. Elizabeth’s husband, Robert Grammar had been drinking in excess, and requested medication from his wife at near 9 pm. Dr. Elizabeth would then provide him with half a milliliter of Butorphanol (which used to be called Stadol, before being discontinued as a brand), which itself is an opioid analgesic with some structural similarity to morphine. Traditionally used in women in labor, cluster migraines, or for pain relief in horses, this medication would be self-injected by her husband who then fell unresponsive and would not make a recovery, but was nevertheless transported to a local Monroe County Hospital before being transferred to Macon Medical Center for terminal care. During the interim period of her husband being on life support and dying, the police would be called to the residence again, this time for Dr. Elizabeth. They would find Dr. Elizabeth with an IV line injected into her, appearing to be an apparent suicide attempt. She would be resuscitated and transferred to in-patient psychiatric care. On the 30th, Robert was taken off life support as no chance of recovery was determined, and his funeral occurred on the 2nd of the new year. As a result of these events, an ongoing investigation into the death, the attempted suicide, and the misuse of Scheduled substances is occurring within the local District Attorney’s office within Georgia. Typically, these investigations take multiple years and can suffer slowdowns due to technicalities and litigations, but we will keep an eye on these events and update the story here as appropriate.

Elizabeth Grammar was born in 1973 in Lamar County, Georgia. While most of her family and early life have been erased for the interest of privacy, what we are aware of is that she gained her DVM from UGA, and began working at Southside Animal Hospital soon thereafter. At this time she appears to no longer be working for Southside but has a profile stating she may have practiced shortly in the nearby town of Barnesville, Georgia at the Barnesville Animal Clinic.