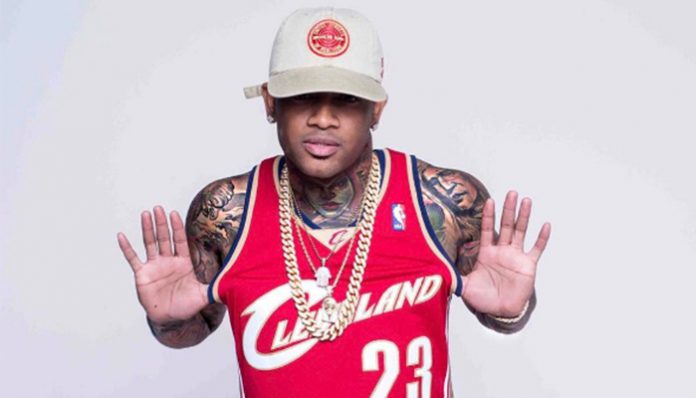 A Brooklyn rapper, Conceited has been involved with the battle rap circuit since 2006. Still, it wasn’t until 2008 that he rose to fame after one of his battles was picked up and featured by Grind Time Now. Since then, he has come a long way- for one thing, he currently headlines the Da Jungle Rap Battle League.

In 2013, his fame further increased after he joined the cast of MTV’s sketch comedy program, Wild ’N Out. His most prominent television credit to date, he has appeared on the show for five years and counting, as of 2018.

How much has he pulled in in terms of prize money? How much is he paid for his appearances on the TV show? How well-off is the rap artist? According to various sources, Conceited’s current net worth is said to stand at around $900,000. Let’s take this opportunity to learn more about the battle rapper below.

How did Conceited Make His Money & Wealth?

Born on March 10, 1989, in Brooklyn, New York, Conceited launched his battle rapping career in 2006. In his late teens at the time, he made a name for himself after having secured many victories at Loaded Lux’s Lionz Den. As one thing leads to another, his popularity took off in 2008, after one of his battles was featured by Grind Time Now, the world’s largest hip-hop battle league.

From there, he gained further fame after winning against the two-time World Rap Champion, Illmaculate. Since then, he has continued to make himself known on the battle circuit, with appearances on the Don’t Flop, URL, and King of the Dot platforms. In 2015, his match against Dumbfoundead drew in more than 2.5 million views, making it one of his most-viewed battles to date.

How much has he pulled in as a battle rapper? Though it varies from platform to platform, it’s not unheard of for some battlers to earn thousands of dollars per victory (for instance, it’s said that top tier talents are paid $10,000). Considering the number of battles that Conceited has won so far, it wouldn’t be surprising if the bulk of his current fortune came from his rap battles.

Having said that, that’s not the only thing that he has going for him- since 2013, he has also been appearing on Nick Cannon’s comedy sketch series, Wild ’N Out. As it had happened, he had caught the attention of Nick Cannon, after becoming one of the most popular battle rappers on the internet in the early 2010s.

One of the main cast members, Conceited has since remained on the show for five years and counting. For those who aren’t familiar with the show, Wild ’N Out is known for featuring many up-and-coming stars, along with the series’ original cast. Incredibly popular, the premiere had drawn in over 1.1 million viewers in the U.S., making it MTV’s highest-rated debut at the time.

In 2016, he also joined the rest of the cast in the Wild ’N on Tour event. Unfortunately, it’s unknown how much he is paid for his appearances on the show.

No, as far as we know, Conceited is not married. Having said that, not much is known about his personal life.

Does Conceited Have Any Children?

No, Conceited does not have any children that we know of.

Did Conceited Go to College?

Unfortunately, not much is known about Conceited’s education background at this time.

What is Conceited Famous For?

Conceited rose to fame in the mid-2000’s for his accomplishments as a battle rapper. In the recent years, he has also made himself known as one of the cast members on Nick Cannon’s sketch comedy series, Wild ‘N Out.

Where Does Conceited Live now? Pictures of Conceited’s House

As far as we know, Conceited currently spends his time in California. We do not have any other information at this time.

What Kind of Car Does Conceited Drive?

Details on Conceited’s vehicle are not available.

How Much Money Did Conceited Make Last Year?

At this time, we do not have any information on Conceited’s annual salary.

As mentioned earlier, the rapper has appeared on Nick Cannon’s Wild ’N Out since 2013. Currently, he is one of the main cast members of the eleventh season, which premiered on March 15, 2018.

In terms of other appearances, he was recently featured on Sole Collector, a well-known sneaker news platform, where he roasted the sneaker fits of several artists such as Lil Yachty and Kanye West.

Want to keep up with the battle rapper? If so, why not follow him on social media? You can find Conceited on Twitter and Instagram at @ConceitedNYC. On Facebook, he also has an official fan page which you can check out by clicking here.