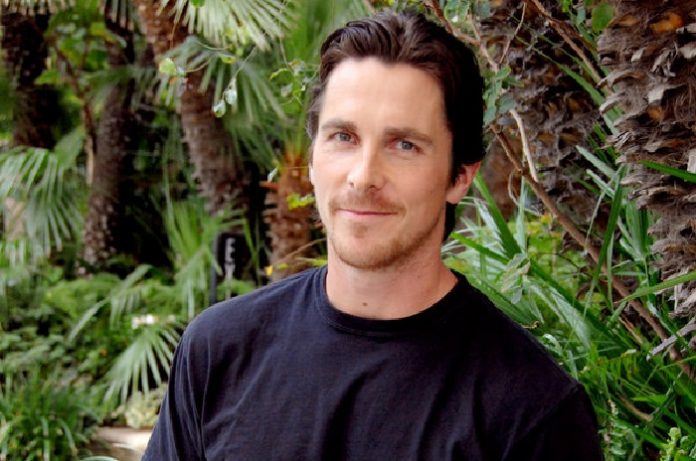 Christian Bale is an actor, and producer, who has earned a reputation as one of the most committed and versatile actors of modern times. His on-screen intensity has been complemented by his determination to create uniquely believable characters, and Christian’s efforts in preparing for his roles have been universally applauded by film-fans and critics alike.

After a career in show-business lasting more than thirty years, Christian Bale has left a legacy of several iconic portrayals that couldn’t have been as memorable if played by another actor. From his performance as Patrick Bateman in ‘American Psycho’, to his award-winning role as Batman in Christopher Nolan’s reboot of the comic book hero in ‘Batman Begins’, Christian has created a legendary reputation that allows him to command multi-million dollar fees for his work. But how much has the super-hero actor earned during his career? Read on to find out.

How Did Christian Bale make his money & wealth?

Born in Wales on January 30th, 1974, Christian Charles Philip Bale spent much of his childhood moving around. His father David was an entrepreneur and talent manager, and as a result of Christian, who considers himself English, spent his time between England, Wales, and Portugal. His mom Jenny was a circus performer, and this inspired him to become a performer himself. His first role was in a commercial in 1982, and by 1984 he was making his stage début, in a production of ‘The Nerd’ in a West End Theater in London, alongside Rowan Atkinson, better known these days as Mr. Bean.

During Christian’s teenage years, he won a few more roles in TV movies, as well as a recurring role in ‘Heart of the Country’, a TV mini-series, but his first big part came in the starring role of Steven Spielberg’s ‘Empire of the Sun’ in 1987. In 1991 his parents divorced and he moved to Los Angeles with his father. In the 1990’s he worked in small roles in several big-screen productions, but in 2000, his starring role in ‘American Psycho’ showed his ability to perform even the darkest roles with humor and enthusiasm and shot him to Worldwide fame. Christian earned $1 million for his performance as the serial killer, Patrick Bateman, and his compelling performance was celebrated for the menacing intensity he brought to it.

Christian Bale was cast in several major roles during the next few years, most notably in ‘Captain Corelli’s Mandolin’ in 2001, alongside Nicholas Cage, and he had a leading role in the sci-fi flick ‘Equilibrium’ the following year, but his true devotion was best demonstrated by his stunning transformation for the thriller ‘The Machinist’, released in 2004. For the movie Christian turned himself into an emaciated shell of a man, slimming his six-feet-tall frame down by 63 pounds to just 121, after a crash diet of coffee and apples for several months. It was, and still is, the largest weight-loss achieved by any actor for a role, but to complete the half-dead look Christian embarked on extended periods of sleep deprivation to achieve his amazing transformation in the film.

Christian Bale was then cast as everyone’s favorite comic book caped crusader, Batman, in Christopher Nolan’s ‘Batman Begins’. In order to build up those superhero muscles, a still painfully thin Christian was given six months to bulk himself back up to 190 pounds, but for him that was easy. Christian actually managed to gain 100 pounds in half a year, eventually hitting 230 pounds, which was a little more than Nolan required, so Christian effortlessly dropped back down to 190 within weeks. Christian’s Batman, darker and more menacing than the Batmen that had come before him, was universally praised.

The sequels, ‘The Dark Knight’ in 2008, and ‘The Dark Knight Rises’ in 2012 were successively bigger blockbusters than the film before, and the Dark Knight trilogy eventually earned over $2 billion at the box office, making the series the 8th highest-grossing film series ever. Christian’s paycheck for ‘Batman Begins’ was $9 million, but due to the outstanding success of ‘The Dark Knight’, his earnings of $10 million were boosted by a $20 million bonus. For the third film in the trilogy, Christian earned $15 million.

Since the runaway success of the Batman Trilogy, Christian has appeared in several award-winning independent films, as well as taking roles in larger Hollywood productions. His ability to transform himself completely for a role has not been diminished by his success, and now in 2018, he has amassed a personal net worth of $80 million over his career. Christian has been showered with praise and awards in equal measure, but he remains modest about his success. On his image as a sex symbol, Christian has remarked that you only have to stand on a red carpet and you’ll be considered a sex symbol, but his reputation has seen him win several prestigious awards, and he was listed as one of Time’s 100 most influential people in 2011.

Christian married Sandra Blazic in January 2000. Sandra, who is known as ‘Sibi’, is a make-up artist and former model who was once a personal assistant to Winona Ryder. She gave birth to their first child, daughter Emmaline in 2005, and son Joseph joined the family in 2014.

Where does Christian Bale live?

Christian, who has lived in Los Angeles since 1992, applied for US citizenship in 2010, and finally became officially American in 2014. Although he was born in Wales, Christian has always considered himself English, and he credits his frequent re-locations during his early years for his ability to produce a flawless American accent. In 2008 Christian and Sibi purchased a secluded 8.5-acre ranch in Sullivan Canyon, California for $13.5 million. There’s no mansion on the estate but there is a four bedroomed, 4,000-square-foot main house nestled among a forest of trees. The estate also contains horse stables and a large swimming pool. Christian also owns a modest bungalow in Santa Monica that he bought for just under $2 million in 2001, and a mansion in the exclusive Brentwood Park district of Los Angeles that he picked up for $8.8 million in early 2017.

What car does Christian Bale drive?

Christian Bale is known to be a keen driver and has a variety of vehicles at his disposal. He has a sturdy Toyota Tacoma that can fit the whole family inside with room to spare, but his personal favorite in the family fleet is believed to be a Mercedes C43 AMG

Christian Bale’s parents were actively involved in supporting environmental and animal welfare institutions, and Christian has continued this with his involvement with, and support of, charities such as the World Wildlife Fund, the Sea Shepherd Conservation Society, and in addition, both he and wife Sibi are on the board of the Dian Fossey Gorilla Fund.

Christian Bale’s commitment to his roles and versatility as an actor have amassed him not only critical acclaim throughout his career but also an incredible number of awards and nominations. He has been nominated for an Academy Award three times and won the Oscar for Best Supporting Actor in 2010 for his portrayal of Dicky Eklund in ‘The Fighter’, a role which also won him a Golden Globe. His 2013 role as Irving Rosenfield in ‘American Hustle’ earned him a Screen Actors Guild Award, his second after the cast award from ‘3:10 to Yuma’ in 2007, and now in 2018 Christian is still prepared to go to extraordinary lengths to change his appearance for a film. His leading role as Dick Cheney, in ‘Backstreet’, due to be released in January 2019, has seen a shaven-headed Christian looking almost unrecognizable after piling on the pounds for another of his trademark movie transformations.