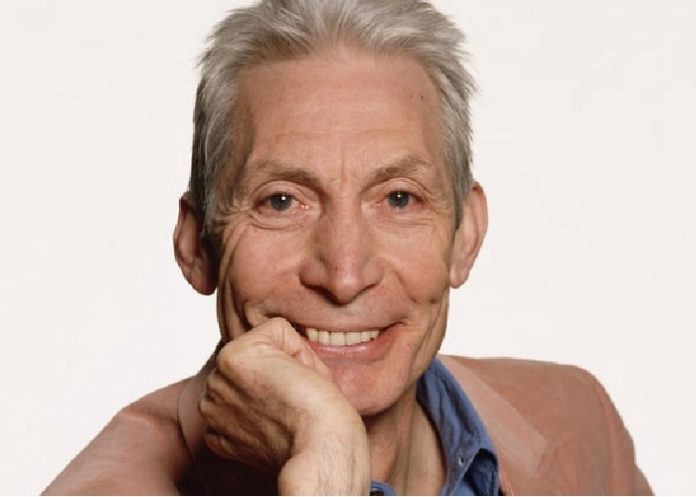 Drummers have a reputation as the wild men of rock and roll, and often it’s a well-deserved one, but Charlie Watts, the man who has been drumming for the Rolling Stones for over half a century, is someone who definitely doesn’t fit the bill. The Stones have been going for what seems like forever, but it was Brian Jones who had drunk himself to death by 1969 after he had already been sacked by the band for his insane LSD lifestyle, and Keith Richards is the one who has taken enough drugs to sink a ship. Drummer Charlie, however, is the one who wins best-dressed man awards, breeds horses and has remained married and faithful to his wife since they first tied the knot back in 1964.

But how much has Charlie Watts earned during his career? And did the most sensible drummer of all ever let his hair down for some of those infamous 1970’s hotel-trashing escapades we’ve all heard about? Read on to find out.

How Did Charlie Watts make his money & wealth?

The Rolling Stones surely need no introduction, formed in 1962 but comprised of frequently changing members, the group eventually coalesced into the stable line-up of Jagger, Richards, Jones, Wyman, and Watts by 1963, and proceeded to take the World by storm. Their success in the United States as an intrinsic part of the rebellious counter-culture of the 1960’s helped them become one of the most iconic bands of the era. Their bluesy rock-based riffs continued to top the charts throughout the 1970’s, and by the 1980’s everyone began talking about when The Rolling Stones would go the way of other 60’s legends and finally give it all up.

The band certainly had periods of solo work individually over the years, Charlie’s love of Jazz has seen him working with his own band, The Charlie Watts Quintet, for decades, while Jagger collaborated with numerous artists during the 1980’s. No-one really expected Keith Richards to live too much longer, yet here we are in 2018, with The Rolling Stones announcing in February another tour across Europe, beginning on May 17th in Dublin, Ireland. Keith incidentally, often called ‘The man that Death forgot’ has been enjoying the novelty of sobriety in 2018, he recently announced that the drugs of today are just too ‘Bland’ for his tastes.

Charlie’s involvement with Jagger and Co. began through his first career choice, that of a graphic artist. Originally he was designing early album covers for the group, but his shared interest in jazz and Rhythm and Blues soon saw Mick sign him up as the regular drummer for the band. Charlie even continued designing covers for the band after he was a member of it, as he still believed that in a year or so he would be moving on to new projects, but that just never happened.

During the wild-touring years of the 1960’s and 1970’s, Keith snorted half of Colombia and Bill Wyman attempted to sleep with every example of young womanhood he could find. In comparison Charlie would often go to bed with a cup of tea, only occasionally joining his band-mates for a few drinks. His wildest story from the decades of touring is the one when he punched Mick for phoning him up while drunk and demanding ‘My Drummer’. Charlie apparently calmly got dressed and gave Mick a mild jab to the face with the words, ‘I’m not your drummer, you’re my singer’.

The tours of The Rolling Stones are legendary and hugely successful. The ‘A Bigger Bang’ tour from 2005 to 2007 played to over 4.5 million fans during 144 shows and grossed over $650 million. Only U2’s ‘360 Degrees’ Tour from 2009 to 2011 grossed more overall. But Charlie Watts doesn’t even consider himself a rock star, instead, he comes home from every extended period away on tour, and settles in the quiet hills of Devon, England with his wife to spend time with her and his horses. Charlie’s ‘Halsdon Arabians’ horse breeding and stud farm is hugely successful, with a large number of prize-winning racehorses being sired there. His customers are often mega-wealthy Saudi-Arabians, and his farm’s reputation in the horse-racing industry is well-respected amongst trainers and owners.

As owners of rock and rolls longest-lasting legacy, and the inevitable time when the current tour is going to be The Rolling Stones last one surely not too far in the future, tickets to see the oldest swingers in town are at a premium. The show at London’s Wembley Stadium will set Stones fans back just over $150 (£112), but inevitably it was still sold out within a matter of minutes.

Charlie Watts married wife Shirley in October 1964. The couple had one daughter, Serafina, in March 1968, and his refusal to be unfaithful while on tour is a well-established matter of record. When the Rolling Stones were invited to the Playboy Mansion during their 1972 American Tour, Charlie famously spent the evening in Hugh Hefner’s game room rather than mixing with the bunny girls.

Charlie Watts has a net worth now in 2018 of $170 million, making him the sixth richest drummer in the World according to CelebrityNetWorth in 2012. Apart from his share of those lucrative tour dates, Charlie owns a percentage of all The Rolling Stones various business entities with his fellow band members. A lifelong vegetarian, his stud farm in England, combined with his non-rock-star style lifestyle has helped Charlie amass such a large personal worth, and perhaps his only big expense is his famous personal wardrobe. Charlie’s debonair appearance saw him named as one of the World’s best-dressed men in 2006, and Vanity Fair included him in their International Best Dressed List Hall of Fame in the same year. But sensible Charlie admits he doesn’t ever throw clothes away, as they ‘Cost far too much money’.

What Car Does Charlie Watts Drive?

Even though Charlie doesn’t consider himself a rock star, he does own a few vintage cars, in a recent interview with NME about the upcoming tour, he claimed he bought the classic vehicles because he ‘Likes the shape’ of them. Surprisingly Charlie doesn’t actually drive himself, although he admits he would like to, he just finds the whole business of passing his driving test ‘Too complicated’.

The accomplishments of The Rolling Stones as a group are many and varied, but Charlie has also picked up a few personal accolades over the years. In 2006 Modern Drummer magazine elected him to their Hall of Fame, and in 2016 Rolling Stone Magazine named Charlie as 12th on their Greatest Drummers of all time list. Rolling Stone Magazine was at least in part influenced in their name by the Band, but both were paying their respects to Muddy Water’s classic 1950 blues song ‘Rollin’ Stone’. In 2005, noted music critic Robert Christgau described Charlie Watts as ‘Rock’s Greatest Drummer’.