What Happened to Angela Simmons? – 2018 Update 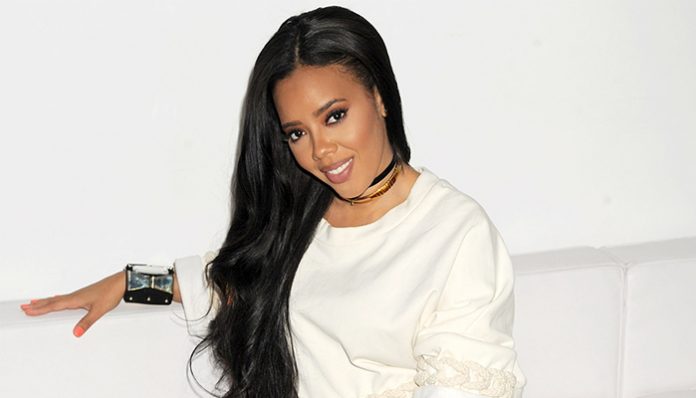 A television personality, Angella Simmons is perhaps best known for her appearances on the reality series, Run’s House. The daughter of Rev Run, she and her five siblings starred on the show for the entirety of its run from 2005 to 2009. From there, she and her sister Vanessa shared a spin-off titled, Daddy’s Girls which premiered in 2009.

What has she been up to since then? Has she returned for any television appearances? What has the 30-year-old been busy with these days? We will try to answer these questions for you below.

What Happened to Angela Simmons? 2018 Update

Since the end of Daddy’s Girls, Simmons has appeared in several other television programs such as The Mo’Nique Show, The Wendy Williams Show, Running Russell Simmons, Anderson, and Cupcake Wars.

In 2016, she was also cast in the reality series, Growing Up Hip-Hop. Premiered on WE tv, it followed the lives of several individuals, all of whom are grown children of hip-hop legends- Simmons being one of them. Introduced in the first season, her fellow cast mates include Romeo Miller, Kristinia DeBarge, Boogie Dash, and TJ Mizell, among a few others.

Popular among fans, the fourth season will be premiering later this month on May 24, 2018. As far as we can tell, Simmons will be returning for the new season, along with her fellow cast members. If you’re a fan, be sure to tune in!

In addition to being a reality star, Simmons has hosted a few shows herself such as Fashion News Live and The Real, the former of which she has worked on since 2008. Last year, she also made an appearance on the news show, Celebrity Page.

What else has she been working on? For one thing, there’s her shoe business, which she runs with her sister Vanessa. Launched in 2007, Pastry Shoes quickly proved to be a hit, with over $15 million in sales in the first year. Since then, their line has expanded significantly to include clothing, accessories, and even handbags. Not only are the products available via their official website, but they’re also sold in several retail stores across the U.S. You can view their selection here.

In other news, the mother of one recently confirmed that she’s single. According to reports, she had chosen to walk away from the father of her child, Sutton Tennyson, less than a year after getting engaged. Though she didn’t reveal much about their separation, other than the fact that what they had “wasn’t healthy”, it has since been revealed that Tennyson had been battling a drug trafficking charge. Not only that, but he had received a four-month-long prison sentence. Considering all that, she probably made the right decision.

Born on September 18, 1987, in Queens, New York, Angela Simmons is the daughter of Russell Simmons aka Rev Run, the co-founder of Def Jam Records. After graduating from high school, she studied at the Fashion Institute of Technology for a year, before dropping out to pursue other activities. For many years, she worked on a monthly magazine called Angela’s Rundown, which targeted youths between the ages of 14 and 19.

In 2005, it was announced that he would be starring in his own reality series called, Run’s House. Premiered on MTV later that fall, the show followed the lives of his family, which included his wife Justine, and six children (Angela, JoJo, Diggy, Russy, Miley, Victoria). Popular among viewers, it ultimately ran for six seasons, from 2005 to 2009.

Following the end of Run’s House, Angela and Vanessa were given their own spin-off titled, Daddy’s Girls. Premiered in the summer of 2009, it centered around the two sisters, along with their friends and family, as they start a shoe business called Pastry Shoes in Los Angeles.

Since then, Simmons has appeared in several other TV programs such as Running Russell Simmons, The Mo’Nique Show, Cupcake Wars, Anderson, The Game, and VidBlogger Nation. Not only that, but she has taken part in several BET Awards.

In 2016, she was cast in a new reality series called, Growing Up Hip Hop, which revolved around the children of several hip-hop legends. Debuted on January 7, 2016, the main cast also included Romeo Miller, Kristinia DeBarge, Boogie Dash, Egypt Criss, and a few others. A relative hit, the first episode had attracted over 840,000 viewers in the U.S. Since then, the show has been renewed for three seasons; in fact, season four will be premiering later this month on May 24, 2018, for those of you who’d like to tune in.

In addition to that, she has also been featured in the TV shows Fashion News Live, Style Code Live, Celebrity Page, and The Real over the past couple of years.

Aside from her television career, she and her sister have been continuing with their business, which has since expanded to include other products such as clothing, and handbags, as mentioned earlier.