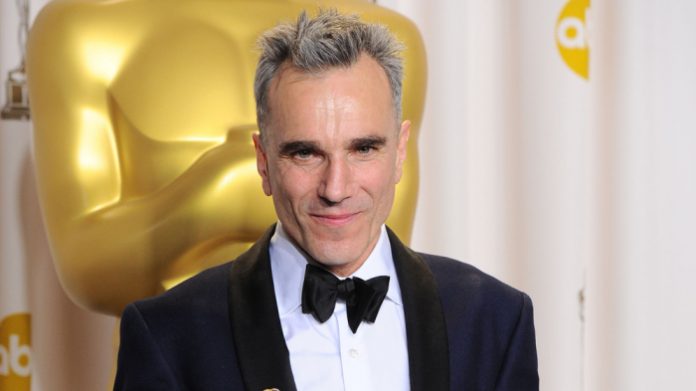 An award-winning actor, Daniel Day Lewis has starred in numerous films including My Left Foot, In the Name of the Father, Gangs of New York, and Lincoln. Most recently, he played the part of Reynolds Woodcock in the period drama film, Phantom Thread, which was released in 2017.

In the past, he has also starred in several stage productions such as Old King Cole, Another Country, and Romeo and Juliet. As far as television appearances go, he appeared in a number of titles during the 1980’s including How Many Miles to Babylon?, My Brother Jonathan, and The Insurance Man.

How well paid is the Academy and Golden Globe Award winner? How much has he earned from his successful film career? How rich is the veteran actor? To answer that question, it’s said that Daniel Day Lewis has amassed a net worth of around $50 million as of 2018. Below, we’ll be going over some of his career highlights.

How did Daniel Day Lewis Make His Money & Wealth?

Born on April 29, 1957, in London, England, Daniel Day Lewis caught the acting bug at an early age, while he was still in grade school. Pursuing his interests, he eventually landed his first role in the film, Sunday Bloody Sunday in 1971; he was fourteen at the time. Still, it wasn’t until the 1980’s, after he had finished school, that he started to pursue acting more seriously.

After playing a string of minor roles, he was cast as one of the main leads in the 1989 film, My Left Foot. A box office hit, it had grossed over $14 million worldwide; critically acclaimed, Day-Lewis’ portrayal ultimately earned him an Academy Award for Best Actor, as well as a Golden Globe Award nomination for Best Actor.

From that point onwards, his fame only continued to increase. In 1993, he received his second Golden Globe Award nomination for his portrayal in the biopic, In the Name of the Father. Some of the other films that he starred in during the 90’s include The Boxer, and The Crucible, the latter of which is said to have yielded him an $8 million salary.

Most recently, he returned to the big screen for the film, Phantom Thread, after a five-year hiatus. Met with acclaim, it received positive reviews from many critics, many of whom praised Day-Lewis’ performance. As such, it’s not surprising to know that his portrayal earned him an Academy Award nomination and a Golden Globe Award nomination for Best Actor. Not long afterward, the actor announced that he would be retiring from acting.

Though he no longer appears on television much, he worked on a number of films and series in the past including Artemis 81, How Many Miles to Babylon?, Play of the Month, and My Brother Jonathan.

Not only television, but he was quite active in theatre. Throughout the 1980’s, he starred in several plays including Old King Cole, Oh, What a Lovely War!, A Midsummer Night’s Dream, and Another Country.

Yes, he has been married to Rebecca Miller since 1996.

Does Daniel Day-Lewis Have Any Children?

Yes, he and his wife have three sons named Cashel Blake, Ronan Cal, and Gabriel-Kane.

Did Daniel Day-Lewis Go to College?

After high school, he attended the Bristol Old Vic Theatre Schools, where he studied drama for three years. In 2010, he received an honorary doctorate from the University of Bristol.

What is Daniel Day-Lewis Famous For?

Daniel Day-Lewis is perhaps best known for his accomplished film career. Over the years, he has starred in numerous titles including Lincoln, My Left Foot, There Will Be Blood, and In the Name of the Father.

As far as we know, Daniel Day-Lewis currently lives in England. We do not have any further information at this time.

What Kind of Car Does Daniel Day-Lewis Drive?

Details on Daniel Day-Lewis’s vehicle are not available.

How Much Money Did Daniel Day-Lewis Make Last Year?

At this time, we do not have any information on Daniel Day-Lewis’ annual salary.

After a five-year hiatus, he returned to the big screen in the period drama film, Phantom Thread. Well received, his portrayal earned him a Golden Globe and Academy Award nomination for Best Actor. Following its release, he announced his retirement from acting.

As far as we know, Daniel Day-Lewis is not active on social media. With that said, he does have an official Facebook fan page here, which you can check out here- don’t forget to give him a like while you’re at it!