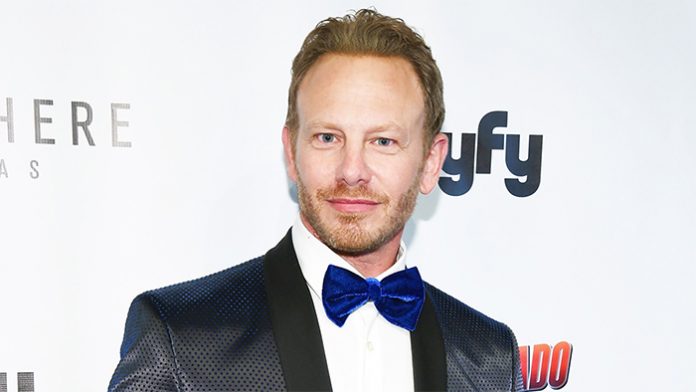 An American actor, Ian Ziering is perhaps best known for his portrayal of Steve Sanders in the teen drama, Beverly Hills, 90210. His most prominent television credit to date, he starred on the show for ten years, from 1990 to 2000.

Since then, he has appeared in several other TV series including Son of the Beach, Side Order of Life, and CSI: NY. Not only that, but he has worked on several made-for-television films such as Sharknado and its sequels. As a voice actor, he has also lent his voice to shows such as Mighty Ducks, Godzilla: The Series, and Biker Mice from Mars.

How much was he paid for his starring role in Beverly Hills, 90210? How well-off is the TV star? According to sources, Ian Ziering has amassed a net worth of around $8 million as of 2018. Is it fair to assume that he earned most of this from his work on the long-running drama series?

How did Ian Ziering Make His Money & Wealth?

Born on March 30, 1964, in Newark, New Jersey, Ian Ziering grew up in West Orange with his two older brothers, Barry and Jeff. As a student, he attended West Orange High School, before continuing his studies at William Paterson University. Interested in acting ever since his teens, he made his debut in the NBC soap opera, The Doctors in 1981. Some of his other early credits include Guiding Light and ABC Afterschool Specials.

A few years later, the rising actor received a big break after being cast in Beverly Hills, 90210. Responsible for his rise to fame, the show saw him playing the role of Steve Sanders, one of the main protagonists. Introduced in the first episode, he ultimately went on to remain for the entire duration of the series, from 1990 to 2000.

Though the series suffered a poor start, it eventually gained momentum by the second season. Considering the fact that it’s Ziering’s most prominent television credit to date, it’s likely that he made a decent amount from the series’ ten-year run, though details on his salary have not been disclosed.

Since the end of Beverly Hills, 90210, he’s appeared in numerous other series including Son of the Beach, Side Order of Life, CSI: NY, and Happily Divorced, albeit in supporting roles. As a voice actor, he has also lent his voice to shows such as Drawn Together, Biker Mice from Mars, and Spider-Man: The New Animated Series.

Since the early 2010’s, he has also been playing the part of Fin Shepard in the TV film series, Sharknado. In fact, he is currently filming the sixth installment, Sharknado 6. One of his major projects in the recent years, it’s said that he was paid a salary of $500,000 for the fifth movie, which came out in 2017.

Speaking of which, the actor has also worked on several feature films (though his main focus is still on television). For instance, he’s appeared in the titles Tyrannosaurus Azteca, McKenna Shoots for the Stars, That’s My Boy, and Snake and Mongoose.

Yes, he has been married to Erin Ludwig since 2010. His second marriage, he was previously married to Nikki Schieler, a Playboy model.

Does Ian Ziering Have Any Children?

Did Ian Ziering Go to College?

Yes, he did. After graduating from high school in 1982, he continued his studies at William Paterson University.

What is Ian Ziering Famous For?

Ian Ziering rose to fame for his portrayal of Steve Sanders in the teen drama series, Beverly Hills, 90210 in the early 90’s. His most prominent TV credit to date, he had starred on the show from the beginning to end for ten years.

According to his Twitter account, Ian Ziering currently resides in Los Angeles. We do not have any photos of his abode at this time.

What Kind of Car Does Ian Ziering Drive?

Details on Ian Ziering’s vehicle are not available.

How Much Money Did Ian Ziering Make Last Year?

At this time, we do not have any information on Ian Ziering’s annual salary.

Last year, he reprised his role of Fin Shepard in the fifth installment of the Sharknado film series, Sharknado 5: Global Swarming. Since then, he has already started to work on the sixth movie, which is to come out later this year.

Want to know what the TV star is up to? How about following Ian Ziering on social media? You can find him on Instagram and Twitter at @IanZiering. On Facebook, you can also show your support by liking his official fan page here.