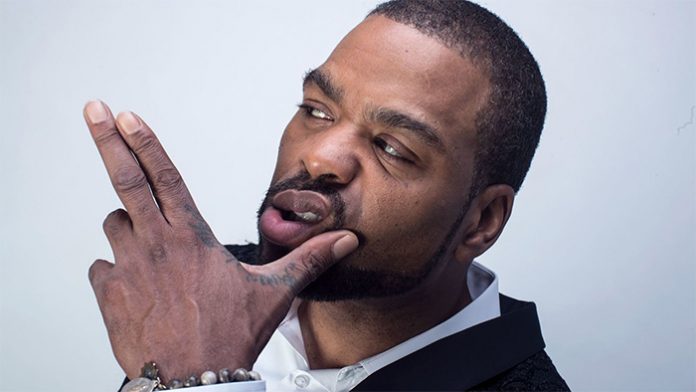 A New York rapper, Method Man rose to fame in the early 90’s as a member of the hip-hop crew Wu-Tang Clan. Since then, he has also pursued a successful solo career, with a handful of albums to his name. His most recent project, The Meth Lab came out in 2015.

In addition to his music career, he has an impressive list of acting credits. Some of the films that he’s appeared in include Venom, How High, Keanu, The Wackness, and Garden State. On television, he co-starred on the popular sitcom, Method & Red in the early 2000’s.

How much money has he made from his rap career? How many records have he sold? What about his ventures in acting? How rich is he? To answer that question, it’s said that Method Man has an estimated net worth of $20 million as of 2018.

How did Method Man Make His Money & Wealth?

Born on April 1, 1971, in Hempstead, New York, Method Man spend his childhood between Long Island and Staten Island (his parents were separated). After many years of pursuing music, he joined the hip hop group Wu-Tang Clan in the early 90’s. Their first studio album, Enter the Wu-Tang (36 Chambers) was released in 1993. Since then, they’ve come out with several other titles including 8 Diagrams, A Better Tomorrow, Iron Flag, and The W, the latest of which was released in 2014.

With how popular they were, it’d only make sense that he’d earned a fair share from his contributions to the group. Not only did they sell millions of records across the U.S., but they also embarked on several tours throughout the years. As far as other ventures go, they even had their own video game called, Wu-Tang: Shaolin Style as well as a clothing line.

As a solo artist, Method Man has also released a handful of albums since the 90’s. Some of these include Tical, Tical 0: The Prequel, Tical 2000: Judgement Day, and 4:21…The Day After, most of which received certification from the RIAA. His most recent album, The Meth Lab was issued in 2015.

To this day, some of his most popular singles include I’ll Be There For You, How High, and Part II. As a featured artist, he has also worked with the likes of LL Cool J, GZA, Shaquille O’ Neal and Ashanti, among others, in the past.

Speaking of joint ventures, he also has a few collaboration albums to his name- these include Blackout! (with Redman), Blackout! 2 (with Redman), and Wu-Massacre (with Raekwon and Ghostface Killah),

Like many artists, Method Man is also an occasional actor. Over the years, he has appeared in many television series including The Wire, The Twilight Zone, CSI: Crime Scene Investigation, Law & Order: Specials Victims Unit and Chozen, to name a few. Most recently, he played the role of Grandmaster Flash in the comedy, Drunk History in 2018.

As far as upcoming projects go, it’s been announced that he will be co-starring in Tim Story’s action comedy film, Son of Shaft. Still in the works, as we speak, it will be coming out in theatres in the summer of 2019.

Yes, he has been married to his wife, Tamika Smith since 2001.

Does Method Man Have Any Children?

Yes, he and his wife have three children- two sons named She and Rae and a daughter named Cheyenne.

Did Method Man Go to College?

No, as far as we know, Method Man has not gone to college.

What is Method Man Famous For?

Method Man rose to fame as a member of the hip hop crew Wu-Tang Clan in the 90’s. As a solo artist, he’s also found success with several RIAA-certified albums to his name.

As far as we know, Method Man currently lives in New York. We do not have any further details at this time.

What Kind of Car Does Method Man Drive?

Details on Method Man’s vehicle are not available.

How Much Money Did Method Man Make Last Year?

At this time, we do not have any information on Method Man’s annual salary.

Last year, he appeared in a handful of television series including The Breaks, Rebel, The Deuce and Where’s the Money. Since then, he has also played the part of Grandmaster Flash in the comedy, Drunk History.

Want to keep up with the artist/actor? If so, how about giving him a follow on social media? Method Man is active on Twitter at @Methodman and on Instagram at @MethodManOfficial. For his official MVs and more, you can check out his YouTube channel by clicking here.