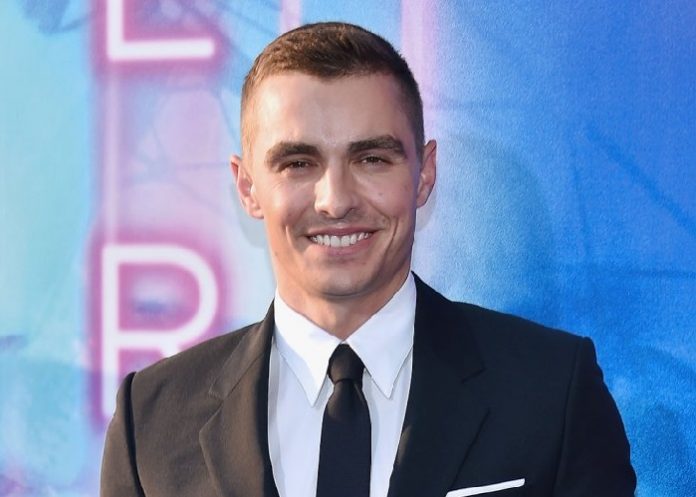 Dave Franco is a writer, producer, and TV and film actor, who first hit our screens back in 2006, in an episode of the family drama ‘7th Heaven’. The younger brother of actor James, Dave took a few years to get his big break after that, but now in 2018 he’s building a resume of acting credits to rival his brother, and he still doesn’t look much older than he did for his screen debut over a decade ago.

Amazingly, Dave is now 32 years old, he turns 33 in June 2018, but his clean-cut good looks, and of course his trademark killer smile, have seen him play roles of much younger characters throughout most of his career. After finally working with brother James last year, in ‘The Disaster Artist’, the best film ever made about the worst film ever made, Dave’s celebrity status has made him busier than ever before. But how much of a fortune has he built up in just a few short years? Read on to find out.

How Did Dave Franco make his money & wealth?

David John Franco was born in Palo Alto, California on June 12th, 1985. His Father Douglas ran a tech company in silicon valley, and his mother Betsy was a poet and author, with over eighty published titles for young adults to her name. She wasn’t the only creative influence on Dave and his brothers when they were growing up, grandmother Marjorie Franco owned one of Cleveland’s most famous art collections, the Verne Gallery.

Dave was the youngest of three brothers. James was born in 1978, and middle brother Tom came along in 1980. While both his brothers began careers in show-business originally, Dave’s first ambition was to follow in his mom’s footsteps and teach creative writing to high-school students. He studied at the University of Southern California, but while a sophomore where he was persuaded to give theater class a try by James’ manager. At the time Dave was, by his own admission, ‘Kind of shy’, and although he originally found the whole thing overwhelming, eventually drama classes brought him out of his shell.

While brother Tom moved from acting into art and sculpture, and James was winning bigger and better roles, Dave made his debut in ‘7th Heaven’, and followed it up with roles in a number of TV shows, but his first big break came in the long-running and much-loved hospital-based comedy ‘Scrubs’ in 2009. By then Scrubs was a shadow of its former self, struggling through it’s ninth and final season the show was on its last legs, but with the final gasp of one show-business great, another one was born, in the form of Dave Franco.

Dave’s recurring role as rich-kid intern Cole Aaronson was part of all thirteen episodes of the final season of Scrubs, which ran until late 2010, and he was highly praised by critics for his performance. NextMovie.com listed Dave as one of their breakout stars to look out for in 2011, and later that year he was picked to star in the remake of the hit 1980’s comedy-horror ‘Fright Night’, with Colin Farrell and Toni Collette. The film was a commercial success and grossed over $40 million Worldwide, and the following year another piece of 80’s nostalgia came along in the form of Columbia Studio’s action-comedy ‘21 Jump Street’, inspired by the TV show from 1987.

Dave Franco had played obnoxious characters in both Scrubs and Fright Night, ‘Why do I always get cast as douchebags?’ he asked one interviewer at the time, but in 2013 he played a leading role in a romance film, the only catch was ‘Warm Bodies’ was also a comedy-horror, and his character was a zombie, but the unusual premise was a surprise hit with film-goers. Warm Bodies was well-received as a witty spin on the zombie genre, and later that year Dave starred in the crime-thriller ‘Now You See Me’, alongside Jesse Eisenberg, Mark Ruffalo, and Woody Harrelson. Now You See Me went on to win a People’s Choice award, as well as Saturn Award and Empire award nominations, and eventually grossed over $350 million at the box-office. Once again Dave’s character was a bad guy, a pickpocket in a cast of thieves, but this time it was OK with Dave, in Now You See Me, the thieves were the good guys.

Dave Franco has since then moved out of the shadow of his older Brother. Rather than just the brother of James Franco, he’s Dave Franco the successful actor in his own right. For Now You See Me he earned $1 million and had accumulated a net worth of $2 million by 2014, but now just four years later he’s worth $10 million, after a string of big roles. Dave has been back with Jesse Eisenberg’s gang of charismatic criminals for ‘Now You See Me 2’ in 2016, and he’s had a major role in both of Seth Rogan’s successful Neighbors movies, in 2015 and 2016. In 2015 he was starring with Vince Vaughn and Tom Wilkinson in the well-received ‘Unfinished Business’, and in 2017 he finally got around to working with his famous brother, in a film about the most successful cinema disaster ever.

Tommy Wiseau’s 2003 drama, ‘The Room’, has become famous, or infamous, as the worst film ever made, a title it richly deserves. But Wiseau’s chaotic and bizarre acting ‘talents’ in the leading role have gained it a cult-following since it was made, and James wanted to immortalize ‘The Room’ with a drama covering its creation in 2017. James both directed ‘The Disaster Artist’, and played the starring role of Wiseau, but Dave was alongside him as Wiseau’s co-star and real-life friend Greg Sestero. The film was critically-acclaimed and won James a Golden Globe, and an Academy Award nomination. The National Board of Review named it as one of the ten best films of 2017.

Now in 2018, Dave Franco is playing bad guys again. In April 2018 he appeared in ‘6 Balloons’, in which he plays a relapsing heroin addict, a role he lost over 50 pounds for. So far the film has received favorable reviews, and Dave Franco is working on regaining the weight, however, he’s mainly just glad that at least he’s finally playing someone who isn’t a teenager.

Dave Franco began dating actress Alison Brie in 2012. She is best known for her role as Annie Edison in the TV comedy ‘Community’ from 2009 to 2015, and as Trudy Campbell in ‘Mad Men’ from 2007 to 2015. The couple got engaged in 2015, and in March 2017 they confirmed that they had recently got married in a small ceremony away from the prying eyes of the media.

Does Dave Franco have any Children?

Dave and Alison are yet to start a family, but Dave is well-known for his love of cats. In fact Dave has admitted he was a ‘Crazy cat guy’ before he met Alison, and he has joked that part of the reason he married her was that she was prepared to put up with his two fifteen pound cats sharing the bed. Although in my experience cats are not known for their love of sharing anything, particularly beds.

Where does Dave Franco Live?

Dave and Alison are notoriously secretive about their private life, and there is no information on where they live. They are so determined to keep their private lives out of the public eye that no details of their wedding, their home, or much information about their lives off-screen are known, apart from Dave’s obvious obsession with cats, which he generally brings up in every interview. Dave keeps fans up to date with his latest acting roles, and also promotes various charitable causes, such as Cycle for Survival, which funds Cancer research, on his Facebook page, which is followed by almost 1.4 million fans