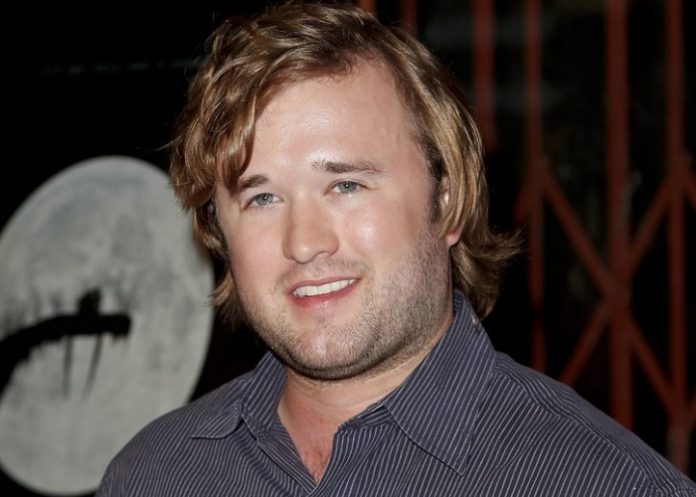 Haley Joel Osment first appeared on the big screen in 1994 as a six-year-old, in the blockbuster romantic drama ‘Forrest Gump’, as Tom Hank’s son, Forrest Gump Jr. But just a few years later, in 1999, Haley shot to international stardom in ‘The Sixth Sense’, as Cole Sear, the cutest medium that ever graced our screens, and along with inspiring a rich repository of jokes along the ‘I see dead people’ theme, he earned a reputation as the most successful child star of the era in a series of critically-acclaimed roles.

Now in 2018 Haley is no longer that kid with an overflowing supply of cuteness, as well as those glistening eyes that convinced a few million couples that maybe now was a good time to start a family, but despite the radical change in his appearance, he’s busier than ever before, and has earned an impressive fortune along the way. But exactly how much is the actor worth today? Read on to find out.

How Did Haley Joel Osment make his money & wealth?

As a child, Haley Joel Osment was lucky not only in terms of his physical appearance, he also had the advantage of being born in Los Angeles, with a father who was a stage actor and a mother who was a sixth-grade teacher. His first acting opportunity came when he was only four, his mom Theresa put his name down with a talent scout in an IKEA store, and a few days later she got a call offering Haley an audition for a Pizza Hut commercial.

Haley and his sister Emily were both taught to read at a young age by their mom Theresa, an advantage that Haley credits with his ability to understand the nuances and context of scripts from an early age. That skill certainly impressed M. Night Shyamalan, who had already auditioned about a hundred cute kids for the role of Cole Sear before Haley came along. But Haley’s feeling for the scene reduced both of them to tears, and Shyamalan asked ‘Oh my God! Who Are you?’ in amazement when the young actor had finished his audition. The film industry was equally impressed by Haley’s performance, he won a Saturn Award for Best Performance by a young actor, and numerous other awards, but perhaps most impressive was the Oscar nomination for Best Supporting actor, complimented nicely by a nomination for a Golden Globe

Haley’s acting talent at such a tender age was also enhanced by his dad Michael, who helped him prepare for his role in The Sixth Sense. His parents also made sure that Haley didn’t experience the negative side of show-business, instead they ensured his acting career came as a secondary priority to a stable and loving childhood. Their advice and guidance helped him avoid the pressure that affects so many child stars later in life, and they ensured, along with his agent, that he worked with the right sort of people in the right sort of films.

Haley Joel Osment’s earning potential rocketed after mega-stardom had arrived at his door. For The Sixth Sense he earned $150,000, the following year he appeared alongside Kevin Spacey in the emotionally-charged drama ‘Pay it Forward’, and took home a check for $1 million. One year later, in 2001, his wide-eyed cuteness was once again the starring attraction in a Hollywood Blockbuster, this time in Steven Spielberg’s ‘A.I. Artificial Intelligence’, in the challenging role of the android David. His critically-acclaimed performance won him another Saturn Award for best young actor and confirmed his place as the most highly-respected child actor of the time. Critic Roger Ebert described him as ‘One of the best Actors currently working’, and the role earned Haley, still only 13 at the time, another $2 million to stuff into his piggy bank.

Haley Joel Osment has also worked extensively as a voice actor, and in one of his longest-running roles, he has been the voice of Sora in the Kingdom Hearts video game series since 2002, a role he has returned to for a further a further eight episodes in the franchise, most recently in Kingdom Hearts III, due to be released later this year. Haley has remained hugely busy since he first shot to fame, but he still found time to concentrate on his education, taking a break from acting from 2007 to 2010.

Haley’s appearance completely changed as he grew into adulthood, and Haley showed his well-balanced character in 2014 when he told Matt Lauer on the Morning Show that he found the reaction of fans to his far less cute adult self ‘Kind of funny’. The stability of his childhood has helped him avoid the negativity of an adult acting career that so many child actors seem to experience, despite the sudden Worldwide fame he experienced at such a young age. Instead, he has become a highly-respected actor with an impressive 83 credits to his name, and he’s not afraid to tackle difficult roles.

In 2016 he played a Holocaust-denying Nazi in the comedy-horror ‘Yoga Hosers’, a character that he filled with despicable loathing in a truly memorable performance. His ability to play a bad guy is enhanced by the enjoyment he takes from such roles. In Haley’s own words, after playing the cutest kid in Hollywood for much of his childhood, dark and nasty roles are the best way to keep things fresh and challenging for him as an actor, and he admits they’re the most satisfying roles of all.

Haley Joel Osment has never married, and he does like to keep his private life out of the public eye. He has been romantically linked to ‘Arrested Development’ and Parenthood’ actress Mae Whitman, and several times the media have seen him walking hand-in-hand with an unnamed girl, but no concrete details of any current relationship are known. His sister Emily, who is four years his junior, was also a child star, best known for her recurring role as Lily Truscott in ‘Hannah Montana’, but these days she is enjoying greater success as a singer, and she released a studio album ‘Fight or Flight’ in 2010.

Haley Joel Osment is busier than ever these days. He appeared in several TV shows in 2017, including ‘Future Man’, ‘Teachers’, and ‘Silicon Valley’, and already in 2018 he has appeared in the comedy-drama ‘Clara’s Ghost’, an episode of ‘The X-Files’ and made an appearance in the TV show ‘Swedish Dicks’. Later this year he’ll be appearing in ‘Extremely Wicked, Shockingly Evil and Vile’, the biopic of serial killer Ted Bundy, and he’ll be starring in another dark thriller, ‘The Devil has a Name’, due to be released in early 2019.

Where Does Haley Joel Osment Live?

Haley has lived in New York City since 2011 when he studied at the ‘Tisch School of the Performing Arts’. He still maintains at least one close relationship with his West Coast roots, however, his Twitter account, where he is followed by 28,000 fans, and his Instagram account, where another 39,000 follow his life, are both usually filled with updates on, and appreciation of, the Los Angeles Dodgers Baseball team. He has appeared on MLB central talking about his love of the game and the Dodgers, and in April 2018 he was spotted, despite an attempt to remain disguised, quietly enjoying a game at the Dodgers Stadium in Los Angeles