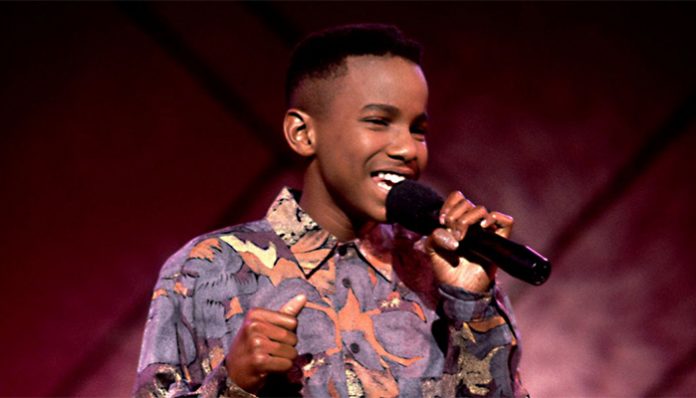 An award-winning singer, Tevin Campbell has been involved with the music scene since the late 80’s. After signing to Warner Bros. Records, he released his debut album, in 1991. Since then, he has also come out with Tevin Campbell, I’m Ready, and Back to the World, two of which received RIAA certification. Despite his popularity, however, he hasn’t recorded any new albums since 1999.

Having said that, he has recorded a few singles over the past few years including Safer on the Ground, Maybe Tomorrow, and Let It Flow. Outside of his music career, he has also dabbled in acting (mostly in the past); some of his credits include Moesha, New York Undercover, A Goofy Movie, and The Parent ‘Hood.

How successful is the musician nowadays? How profitable were his albums and singles? How wealthy is the 41-year-old? According to sources, Tevin Campbell’s current net worth sits at around $2 million.

How did Tevin Campbell Make His Money & Wealth?

Born on November 12, 1976, in Waxahachie, Texas, Tevin Campbell has been fond of singing ever since he was young. Growing up, he was a member of the church choir at Joshua Chapel in Dallas. Naturally talented with a powerful voice, he eventually landed a music deal with Warner Bros. Records in 1988. From there, he released his debut single, Tomorrow (A Better You, Better Me), which reached the top of the Billboard Hot R&B chart.

His first studio album, T.E.V.I.N. later came out in the fall of 1991. Critically acclaimed, it spawned many singles including Round and Round and Tell Me What You Want to Do, both of which went gold in the US. Responsible for his rise to fame, the album itself eventually also received platinum certification from the RIAA.

Continuing to put himself out there, Campbell released a second album titled, I’m Ready in 1993. His most successful record to date, it yielded him three Grammy Award nominations, including one for Best Rhymes and Blues Album. To date, over 2 million copies have been sold in the U.S. alone.

By the end of the decade, he had released two additional albums- Back to the World and Tevin Campbell, both of which found its way on to the Billboard 200. With millions of records sold, it’s likely that Campbell has earned a considerable amount from the above titles. In fact, on top of the studio albums that we’ve mentioned previously, he’s also come out with a number of soundtrack albums over the years. Despite his success as a singer however, he hasn’t released any new music since the end of the 90’s.

In addition to his music career, he has appeared in several TV series in the past. An occasional actor, he had played various roles in shows such as The Fresh Prince of Bel-Air, New York Undercover, Moesha, and The Parent ‘Hood. Not only that, but he also worked on a few TV films including Wally and the Valentines, Graffiti Bridge, and A Goofy Movie.

No, as far as we know, Tevin Campbell is currently single and not in a relationship.

Does Tevin Campbell Have Any Children?

No, Tevin Campbell does not have any children that we know of.

Did Tevin Campbell Go to College?

No, Tevin Campbell has not gone to college.

What is Tevin Campbell Famous For?

Tevin Campbell is perhaps best known for his second studio album, I’m Ready, a commercial hit which went platinum twice in the U.S. Some of his most popular singles include Can We Talk, I’m Ready, Always in My Heart, and Back to the World.

At this time, we do not have any information on Tevin Campbell’s abode, nor do we have any pictures to share at this time.

What Kind of Car Does Tevin Campbell Drive?

Details on Tevin Campbell’s vehicle are not available.

How Much Money Did Tevin Campbell Make Last Year?

At this time, we do not have any information on Tevin Campbell’s annual salary.

Though he hasn’t released any new albums since the late 90’s, he did drop a new single titled, Safer on the Ground in 2016 (his first in over a decade). At this point in time, it’s unknown what he has in store for fans in the near future.

Want to keep up with the singer? If so, how about following him online? You can interact with Tevin Campbell on a few platforms such as Twitter (@TevinCampbelll) and Instagramm (@TherealTevinCampbell). Feel like streaming some of his music? Head on over to his official YouTube channel.