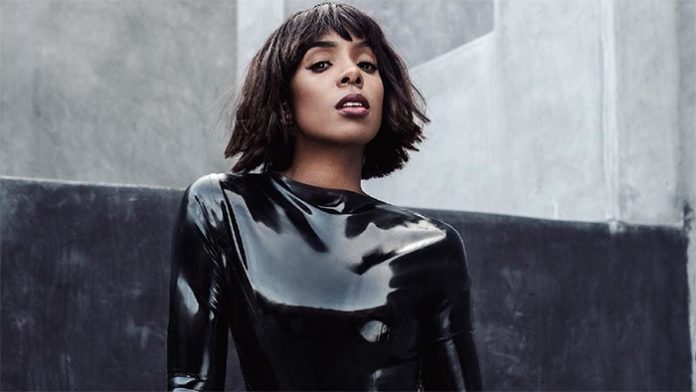 An award-winning songstress, Kelly Rowland rose to fame as a member of Destiny’s Child in the late 1990’s. During their time together, they released several hits including Say My Name, Lose My Breath, and Cater 2 U. One of the most successful girl-groups of all time, they’ve sold more than 60 million records worldwide.

In addition to her work with the group, she has pursued a successful solo career. Some of her most popular singles include Dilemma (with Nelly), Stole, Commander, and Motivation (Feat. Lil Wayne). In the recent years, however, it would appear that she’s shifted her focus to television. For instance, she has been appearing on The Voice Australia since 2017.

How wealthy is the singer-songwriter? How much did she pull in from her Destiny’s Child days? According to various sources, Kelly Rowland has amassed a net worth of $20 million as of 2018. We’ll be taking a better look at her career below.

How did Kelly Rowland Make Her Money & Wealth?

Born on February 11, 1981, in Atlanta, Georgia, Kelly Rowland was raised primarily by her mother, as her father was an abusive alcoholic. Fond of music, she joined Destiny’s Child (they originally went by the Girl’s Tyme) in 1992. Ultimately, it wasn’t until several years later, after they had performed at a number of venues, that they landed a music deal with Columbia Records. Within a year, the group released their eponymous debut album in 1998.

Over the next several years, they came out with three studio albums- Destiny Fulfilled, Survivor, and The Writing’s on the Wall, all of which were commercial hits, having gone multi-platinum in the U.S. Some of their most successful singles include Say My Name, Bootylicious, Lose My Breath, Girl, and Nasty Girl.

As a member of Destiny’s Child, it’s likely that Rowland made a decent amount of their work. Not only did they sell millions of records, but the group had also embarked on a number of tours, all of which would have brought in a significant amount of revenue.

Following their disbandment in 2006, Rowland began to focus on her solo music career (which she’d launched during the group’s hiatus back in 2002). To date, she has four albums to her name- Talk a Good Game, Here I Am, and Ms. Kelly, the latest of which came out in 2013. A successful venture, she has sold more than 27 million records worldwide. Not only that, but her popularity has also allowed her to headline three concert tours.

In addition to music, Rowland has appeared on television on multiple occasions. For instance, she has been featured in the shows The Fashion Show, The X Factor, Chasing Destiny, The Voice Australia and Clash of the Choirs. Most recently, she appeared in the TV film, Love by the 10th Date which premiered in early 2017. As far as other things go, she has also acted in the movies The Seat Filler, Think Like a Man and Freddy vs. Jason.

Does Kelly Rowland Have Any Children?

Yes, she gave birth to her first child, a son named Titan Jewell in the fall of 2014.

Did Kelly Rowland Go to College?

No, as far as we know, Kelly Rowland has not gone to college. Instead, she had found fame as a recording artist.

What is Kelly Rowland Famous For?

Kelly Rowland rose to fame as a member of the popular girl group, Destiny’s Child in the late 1990’s. Since then, she has also ventured into acting with starring roles in the films The Seat Filler and Freddy vs. Jason.

Unfortunately, we do not have any information on Kelly Rowland’s location at this, nor do we have any photos of her abode.

What Kind of Car Does Kelly Rowland Drive?

Details on Kelly Rowland’s vehicle are not available.

How Much Money Did Kelly Rowland Make Last Year?

At this time, we do not have any information on Kelly Rowland’s annual salary.

As mentioned earlier, Kelly Rowland has been a coach on The Voice (Australia) since 2017. As far as acting goes, she appeared in the romantic comedy film, Love By the 10th Date last year.

On the music front, she recently landed a feature in Busta Rhymes’ 2018 hit song, Get It alongside Missy Elliott.

If you’re a fan, why not keep up with the singer by following her on social media? You can find Kelly Rowland on Twitter at @KellyRowland or on Instagram at @KellyRowland. On Facebook, you can also show your support by liking her official fan page.