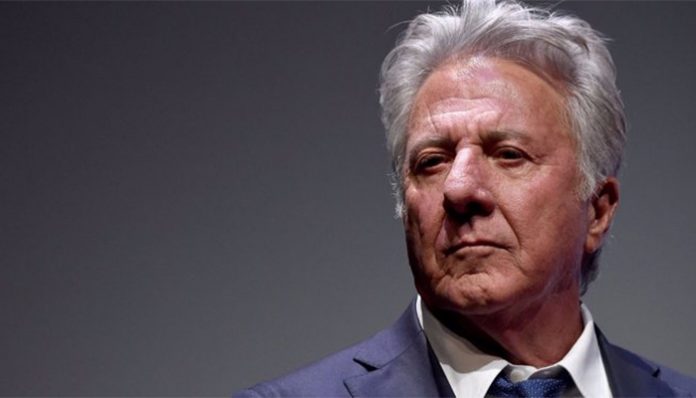 An award-winning actor, Dustin Hoffman has starred in dozens of feature films since his debut in the mid-1960s. Some of his most prominent credits include Kramer vs. Kramer, Rain Man and All the President’s Man, among many others. Most recently, he co-starred in the comedy-drama film, The Meyerowitz Stories (New and Selected) in 2017.

In addition to his Hollywood career, he has appeared in a number of different television series over the years such as Luck, Medici: Masters of Florence, and Liberty’s Kids: Est. 1776. He has also been featured in programs such as Good Morning America, The Late Late Show with James Corden, and The Graham Norton Show.

How wealthy is the veteran actor? How much is he paid per film? According to various sources, Dustin Hoffman has amassed a net worth of around $50 million as of 2018. What are some of his most noteworthy projects? Let’s have a look at his acting career below.

How did Dustin Hoffman Make His Money & Wealth?

Born on August 8, 1937, in Los Angeles, California, Dustin Hoffman initially went to Sant Monica College before pursuing an acting career in his twenties. After two years of performing with the Pasadena Playhouse, he began to land television roles in the mid-1960’s. Some of his early credits include Naked City, The Nurses, and The Defenders.

A few years later, he received a big break after being cast as Benjamin Braddock in the romantic comedy film, The Graduate. Responsible for his rise to fame, his portrayal earned him his first Academy Award nomination in 1967. Over the next few years, he landed a series of major roles in the movies Straw Dogs, Midnight Cowboy, Kramer vs. Kramer, and All the President’s Men.

By the 1990’s, he had amassed dozens of acting credits to his name. Some noteworthy mentions include Little Big Man, Lenny, Death of a Salesman, Dick Tracy, Wag the Dog, and Mad City, among many others.

Though not as active as he was before, he has worked on a few recent films including Kung Fu Panda 3 and The Meyerowitz Stories, the latter of which came out last year.

In addition to his film career, Hoffman has also appeared in numerous television series. For instance, he played the role of Chester Bernstein in the HBO drama, Luck and that of Giovanni de’ Medici in the Italian-British series, Medici: Masters of Florence. Not only that, but he’s even worked in theatre; some of the plays that he starred in include The Subject was Roses, A Cook for Mr. General, Death of a Salesman, and The Merchant of Venice. With all that said, he is best remembered for his work in cinema.

Outside of acting, he has been featured in a variety of TV programs such as The Late Late Show with James Corden, Celebrity Page, Good Morning America, and The Tonight Show Starring Jimmy Fallon, among others.

Considering how long he’s been active as an actor, it’s not surprising to know that he’s amassed a fortune of $50 million.

Does Dustin Hoffman Have Any Children?

Yes, he has six children.

Did Dustin Hoffman Go to College?

Yes, he did. After completing high school, she studied at Santa Monica College briefly (his original intention was to go into medicine). A year into his program, however, he dropped out in lieu of pursuing an acting career.

What is Dustin Hoffman Famous For?

Dustin Hoffman is best known for his successful film career. Some of his noteworthy credits include Rain Man, Kramer vs. Kramer, and All the President’s Men.

As far as we can tell, Dustin Hoffman currently resides in Los Angeles. Unfortunately, that’s the extent of the information that we have at this time.

What Kind of Car Does Dustin Hoffman Drive?

Details on Dustin Hoffman’s vehicle are not available.

How Much Money Did Dustin Hoffman Make Last Year?

At this time, we do not have any information on Dustin Hoffman’s annual salary.

Last year, he co-starred in the comedy-drama film, The Meyerowitz Stories (New and Selected), which premiered in theatres on October 13, 2017. On television, he also appeared on the programs Variety Studio: Actors on Actors and Hal earlier this year.

Unfortunately, it doesn’t look like the actor is active on social media (his Twitter account hasn’t been updated since 2012). For his latest television and film appearances, you can check out his IMDb page here.