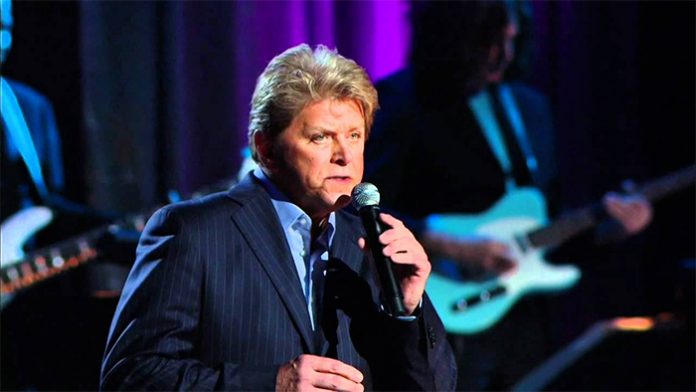 An award-winning singer-songwriter, Peter Cetera is perhaps best known as a member of the rock band, Chicago. With the group, he has released countless songs over the past decades including Beginnings, Make Me Smile, Call on Me, and If You Leave Me Now, among many others.

In addition to his work with the group, he has released several albums as a solo artist over the years. Some of his most popular tracks include Restless Heart, The Next Time I Fall, and Glory of Love. His most recent project, The Very Best of Peter Cetera came out in 2017.

With all that he’s accomplished since the 1960’s, surely he’s well off? How rich is the singer-songwriter? How rewarding has his music career been? According to various sources, Peter Cetera has amassed a net worth of around $25 million as of 2018. Where did he earn the majority of his wealth from? Let’s have a look.

How did Peter Cetera Make His Money & Wealth?

Born on September 13, 1944, in Chicago, Illinois, Peter Cetera became fond of music after his parents bought him an accordion at the age of eleven. As a teen, he performed with several local groups including a rock band named The Exceptions. From there, he eventually joined a group called The Big Thing, which later renamed themselves as The Chicago Transit Authority in 1967. Thus began his professional music career.

As a member of the group, he contributed to over a dozen of their albums such as Chicago Transit Authority, Chicago, Hot Streets, among many others. In terms of singles, Cetera is perhaps best known for having written and performed their first number one hit, If You Leave Me Now. A massive success, it garnered the group two Grammy Award nominations, one of which later resulted in a win.

During the peak of their career, the group was also featured in the media regularly. For instance, they had their own television specials- Chicago in the Rockies, Chicago’s New York’s Rockin’ Eve, and Chicago: Behind the Music.

In addition to his work with Chicago, the singer is also known for his solo career. His self-titled debut album, Peter Cetera was released in 1981, while he was still a member with the group. Since then, he has come out with several other projects including One More Story, World Falling Down, Solitude/Solitaire, and One Clear Voice, a few of which have charted in the U.S. Most recently, he issued his ninth album, The Very Best of Peter Cetera in 2017.

While it’s obvious that he’s earned a significant amount from singing over the years, it’s not his only venture. For instance, did you know that he’s acted in a couple of films- Electra Glide in Blue and Memories of Midnight in the past? Not only that, but he’s helped to produce music for others (e.g. he worked on Agnetha Faltskog’s hit album, I Stand Alone).

In the past, he has also contributed to soundtracks for the films Summer Lovers, The Karate Kid Part II, Three Men and a Baby, among a few others.

As far as we know, he is currently not in a relationship. In the past, he was married to Diane Nini.

Does Peter Cetera Have Any Children?

Yes, he has two daughters from two previous relationships.

Did Peter Cetera Go to College?

No, Peter Cetera did not go to college. Instead of continuing his education, he opted to pursue a music career.

What is Peter Cetera Famous For?

Peter Cetera is famous for being a member of the popular rock band Chicago. During his time with the group, he contributed to many of their songs as a bassist.

As far as we know, Peter Cetera currently lives in Chicago, Illinois. Unfortunately, we do not have any further information at this time.

What Kind of Car Does Peter Cetera Drive?

Details on Peter Cetera’s vehicle are not available.

How Much Money Did Peter Cetera Make Last Year?

At this time, we do not have any information on Peter Cetera’s annual salary.

Last year, he was featured in a television special, Chicago: The Terry Kath Experience alongside a few of his Chicago bandmates. As far as other things go, he had also performed at the Vina del Mar International Song Festival.

Wondering what the singer is up to nowadays? What not follow his official Facebook page for the latest news and announcements? You can visit it here. As far as we know, Peter Cetera is not active on any other social media platforms.