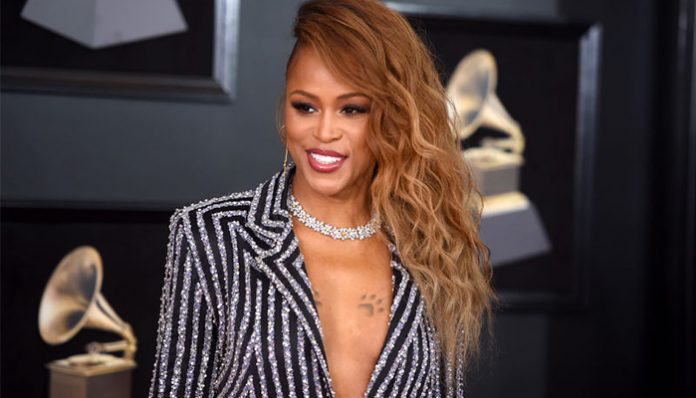 An award-winning rapper, Eve made herself known with the release of her debut album, Let There Be Eve…Ruff Ryders’ First Lady in 1999. Since then, she has churned out numerous hits including Gangsta Lovin’, Let Me Blow Ya Mind and Satisfaction.

In addition to her music career, she is also a successful actress. Since she first appeared on television in the early 2000’s, she has played numerous roles. In fact, she even had her own sitcom Eve at one point, which ran from 2003 to 2006. Some of the other series that she appeared in include Glee, Single Ladies, and One on One.

As a recording artist, how much did she pull in from her records? How well-paid is she as an actress? How rich is she? According to various sources, Eve has amassed a net worth of $10 million as of 2018. Where did she earn her fortune from? What are some noteworthy mentions from her career?

How did Eve Make Her Money & Wealth?

Born on November 10, 1978, in Philadelphia, Pennsylvania, Eve launched her music career as a member of an all-girl group called Dope Girl Posse in the 1990’s. Ultimately, it wasn’t until they disbanded that she began to pursue a solo career. Signing to Interscope Records, she eventually came out with her debut album, Let There Be Eve…Ruff Ryders’ First Lady in the fall of 1999.

A massive hit, more than 213,000 copies were sold in the first week alone. A chart-topper in the U.S., it gave rise to over a dozen tracks including What Ya’ll Want, Gotta Man, and Love is Blind, all of which were released as singles.

Since then, Eve has released three additional studio albums- Scorpion, Eve-Olution, and Lip Lock, two of which charted among the Top 10 on the Billboard 200. Altogether, more than 2 million copies have been sold across the country. To date, some of her most popular singles include Gangsta Lovin’, Satisfaction, Tambourine, and Let Me Blow Ya Mind.

Considering her popularity as an artist, it’s likely that she has earned a decent amount of royalties from her musical releases. Having said that, Eve hasn’t come out with any new music since 2013. Instead, it would appear that she’s shifted her focus to acting in the recent years.

Not only has she starred in her own sitcom, but she has also appeared in series such as One on One, Third Watch, Glee, Numbers, Stylista, and Double Exposure. In 2015, she even co-starred in a TV film titled, With This Ring alongside Jill Scott and Regina Hall.

While it’s obvious that she’s an accomplished actress, information regarding her pay has not been disclosed to the public.

Yes,  Maximillion Cooper became her husband in 2014, after dating for four years. He is a British entrepreneur.

Does Eve Have Any Children?

She has four stepchildren from her husband’s previous relationship.

Did Eve Go to College?

No, as far as we know, Eve has not gone to college. Instead, she had chosen to pursue a music career in her teens.

What is Eve Famous For?

As a singer, Eve is perhaps best known for her 2001 hit, Let Me Blow Ya Mind (Feat. Gwen Stefani), which peaked at number two on the Billboard Hot 100.

As an actress, she is perhaps best known for playing Terri Jones in the Barbershop film series.

Where Does Eve Live now? Pictures of Eve’s House

Eve currently splits her time between New York, Los Angeles, and London. Unfortunately, we do not have any photos of her abodes at this time.

What Kind of Car Does Eve Drive?

Details on Eve’s vehicle are not available.

How Much Money Did Eve Make Last Year?

At this time, we do not have any information on Eve’s annual salary.

Since 2017, she has been co-hosting the talk show, The Talk. As far as acting goes, she recently appeared in the television series Daytime Divas and Jane the Virgin. On the music front, she hasn’t released any new material since 2013.

Want to keep up with the singer/actress? If so, how about following her on social media? You can find Eve on Instagram Twitter at @TheRealEve. On Facebook, you can also show your support by giving her a like on her official fan page, which you can visit here.