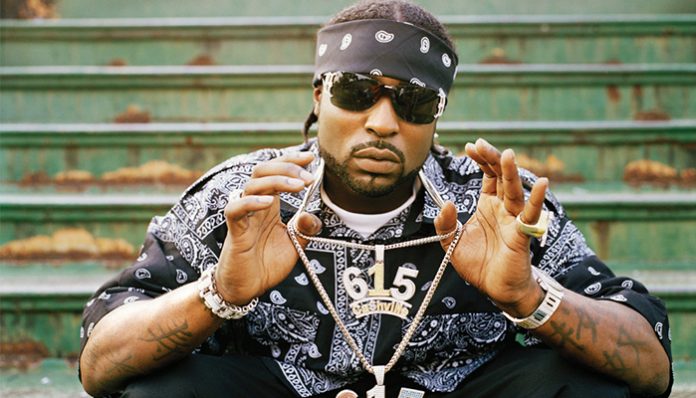 A hip-hop artist, Young Buck initially rose to fame in the early 2000’s as a member of the rap group, UTP Playas. Eventually signing to G-Unit records, he released his solo debut album, Straight Outta Cashville in 2004. Since then, he has dropped two additional albums, Buck the World and The Rehab.

What has he been up to since? As far as we know, he hasn’t come out with any new projects since The Beast is G-Unit (an album that he did with G-Unit) in 2015. What has he been busy with lately?

For those who’ve been waiting for a new album, the wait is almost over. Last month, the rapper announced on social media that he will be releasing a new solo album titled, Unexpected later this month. True to its name, the unexpected project will feature production from none other than 50 Cent and Dr. Dre, the former of whom is his G-Unit boss. His first studio album since Buck the World in 2007, the upcoming project will include a collaboration with DJ Battlecat, according to his Instagram post.

In terms of singles, he recently dropped Can’t Lose earlier this year on March 29, 2018. Featuring fellow rapper Twanee, the track has already racked up over 250,000 streams on YouTube. As far as other songs go, he has also landed a few features in Pito’s Money Right, DJ Bigfree’s Hey Girl and Tumen’s Tumen, all of which were released in 2018.

Going back a little further, some of his 2017 releases include 10 Street Commandments, Cuckoo, Lawd How Mercy, 10 Toes Down, and Misunderstood.

For those who might be interested in his live performances, Young Buck will be performing two shows later this summer- one in Baltimore, Maryland, and another in Milwaukee, Wisconsin. For more information, you can visit his official website at http://theyoungbuck.com.

What else has he been up to? Since the 2000’s, he has also been performing with the hip hop group, G-Unit. While they haven’t released any albums since 2015, they did put on a few shows over these past few years.

Born on March 15, 1981, in Nashville, Tennessee, Young Buck began rapping at the age of twelve. A few years later, he was offered his first major deal by Cash Money. While he was signed to the label, however, he never released any albums during his time with the company. In 2001, he left Cash Money to join UTP Records with fellow rapper Juvenile. Not long afterward, the pair formed a rap group called UTP with Soulja Slim, Corey Cee, Skip, and Wacko.

Prior to their disbandment in 2007, the group released four albums, The Compilation, Nolia Clap, The Beginning of the End, and Back Like We Left Something, all of which charted on the US Top R&B Albums music chart.

As a solo artist, Young Buck has also released a few albums. His debut effort, Straight Outta Nashville was issued in 2004. A platinum hit, it spawned two charting singles, Shorty Wanna Ride and Let Me In (Feat. 50 Cent), both of which charted on the Billboard Top 100. Three years later, he released his second studio album, Buck the World, which reached number three on the Billboard Top 200. From there, he came out with The Rehab in 2010.

In addition to his solo releases, the rapper has done a number of collaborations. In fact, he has put together a number of collaborative albums with D-Tay, G-Unit and Savion Saddam; some of these include Beg for Mercy, Get Rich or Die Trying’, and Salute to the Streetz. On top of that, he has put together countless mixtapes such as Warrior Music, Gangsta and Street, Nashville Takeover, and Gun Smoke.

For many years, he has also been a member of the hip hop group, G-Unit. Together, they’ve released three albums- Beg For Mercy, The Beast is G-Unit and The Beauty of Independence.

Though music is his main focus, he has also appeared in a number of films and TV programs such as A Billion Bucks, Kill the Record Labels, E! Buzz with Carla B, Buck Mentality and Loyalty & Respect. Most recently, he appeared in a sports film titled, Warrior Pride which was released in 2018.

A few weeks after releasing the single, Can’t Lose, the rapper announced on Instagram that he will be releasing a new studio album titled, Unexpected. His first full-length project in over a decade, its production will primarily be handled by Dr. Dre and 50 Cent. Still in the works, as we speak, an official release date has not yet been announced. For now, we’ll just have to make do with his new single.