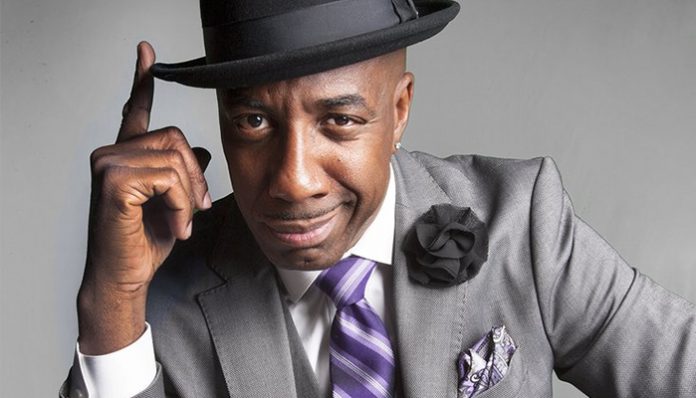 An American actor, J.B. Smoove is perhaps best known for playing Leon in the comedy series, Curb Your Enthusiasm. Not only that, but he has starred in several other titles such as ’Tia Death, The Millers, and Real Husbands of Hollywood. Most recently, he made a guest appearance in the sitcom, New Girl earlier this year.

In addition to his television career, he has amassed a decent amount of film credits over the years. For instance, he has appeared in The Polka Dot King, Barbershop: The Next Cut, Search Party, Top Five, and Dealin’ With Idiots. In fact, he is currently working on a couple of movies titled Going Places and Uncle Drew.

How much is he paid for his television appearances? How rich is the veteran actor? According to sources, J.B. Smoove’s 2018 net worth stands at around $5 million. Where did he earn the majority of his current wealth from? Let’s have a look.

How did J.B. Smoove Make His Money & Wealth?

Born on December 16, 1965, in Plymouth, North Carolina, J.B. Smoove grew up in Mount Vernon, New York, where he went to school. After completing high school, he went to Norfolk State University in Virginia, where he studied graphic design and engineering. Ultimately, it wasn’t until the mid to late 1990’s that he started to get involved with acting. Some of his early credits include Def Comedy Jam, Lesser Prophets and Tomorrow Night.

From there, he made appearances in shows such as Saturday Night Live, Jimmy Kimmel Live! and Comics Unleashed, before being cast in the HBO comedy series, Curb Your Enthusiasm. Introduced as a recurring character in season six, he played the part of Leon Black. After remaining on the show for two seasons, he was promoted to being a series regular in season nine, which premiered in 2017; to this day, it remains to be his best-remembered portrayal on television. With that said, it’s not known how much he was paid for the role.

In addition to the HBO comedy, Smoove has worked on several other series over the past decade including ’Til Death, American Dad!, Funny as Hell, Bent, and Chicago Fire, to name a few. At one point, he even lent his voice to The Simpsons! Outside of acting, he has been featured in programs such as Chopped Junior, Last Comic Standing, Four Courses with JB Smoove, and Conan.

Though best known for his work on television, Smoove has appeared in many films- though it’s not his main focus. For example, he has played various roles in the titles Hurricane Season, Think Like a Man, We Bought a Zoo, Search Party, and Hell and Black. Most recently, he portrayed the part of Ron Edwards in the 2017 biopic, The Polka King.

As far as upcoming projects go, he will be playing a supporting character in the sports comedy film, Uncle Drew, which is scheduled to be released this summer.

Yes, he has been married to Shadidah Omar since 2007.

Does J.B. Smoove Have Any Children?

Yes, he and his wife have a daughter.

Did J.B. Smoove Go to College?

Yes, he did. After graduating from high school, he went to Norfolk State University, where he studied graphic design and engineering.

What is Smoove Famous For?

J.B. Smooth rose to fame for playing Leon in the long-running comedy series, Curb your Enthusiasm. In the early 2010’s, he also starred in the CBS sitcom, The Millers.

He and his family live in Los Angeles, where he continues to make strides as an actor. We do not have any pictures of his abode at this time.

What Kind of Car Does J.B. Smoove Drive?

Details on J.B. Smoove’s vehicle are not available.

How Much Money Did J.B. Smoove Make Last Year?

At this time, we do not have any information on J.B. Smoove’s annual salary.

So far this year, J.B. Smoove has appeared in a few television programs including Chopped Junior, Desus & Hero, New Girl, and Transformers: Cyberverse. As far as we know, he will also be reprising his role as Leon Black in the tenth season of Curb Your Enthusiasm, which is currently in production.

Want to keep up with the TV star? If so, how about giving J.B. Smoove a follow on social media? You can find the actor on Twitter and Instagram at @OhSnapJBSmoove. On Facebook, he also has an official fan page which you can visit here.