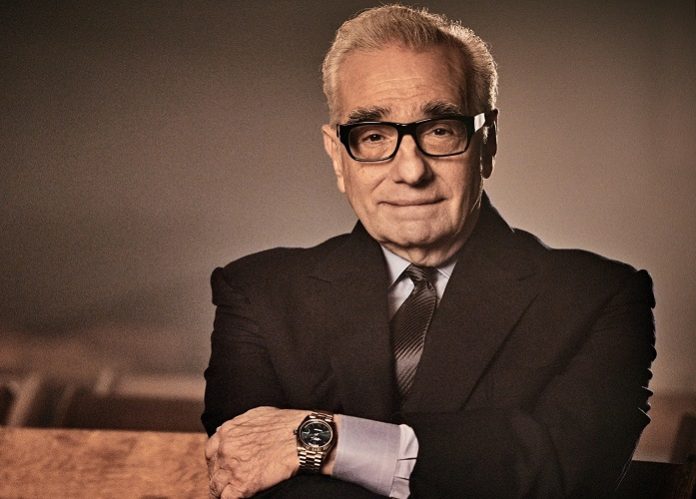 Martin Scorsese is widely regarded as one of the most influential film directors of all time. During a career that has covered more than half a century, he has gained a reputation as a director who produces profanity-filled crime epics that are unflinching in their violence and realism, but when considering his entire body of work, the real picture is quite different.

Martin Scorsese’s personality in real-life is also surprising, the man who brought us some of the grittiest characters on the big screen is mild-mannered, rarely uses bad language himself, is known for his politeness and consideration of others and is universally agreed to be easy to work with. He has such a habit of producing regular masterpieces, that he’s a magnet to actors hoping to join the long list of his award-winning characters, and now in 2018, he’s built up a considerable personal fortune.

How Did Martin Scorsese make his money & wealth?

Martin Charles Scorsese was born in Queens, New York City, on November 17th, 1942. His parents both had roots in Palermo, Sicily and he grew up in Little Italy, Manhattan. Martin Scorsese suffered from asthma as a child, and as he was unable to play sports, his parents and brother would frequently visit movie theaters with him, which soon led to his life-long interest in cinema, and inspired him to embark on a career in film-making.

After he graduated with a degree in English in 1964, he went on to NYU’s Tisch School of the Arts, where he earned an MFA in film in 1969. In 1967 he created his first full-length movie, ‘I Call First’, which was later renamed to ‘Who’s That Knocking at My Door’. The project also involved Martin’s long-time editor, Thelma Schoonmaker, and actor Harvey Keitel. Martin hung out with the so-called ‘Movie Brats’, directors such as Francis Ford Coppola, Steven Spielberg, George Lucas and Brian De Palma during the early 1970’s. Martin met Robert De Niro at a party in 1972 because of their mutual friend, Brian De Palma. The two realized they had actually grown up just a block apart and had frequently seen each other about on the street.

De Niro and Harvey Keitel, co-starred in the critically-acclaimed ‘Mean Streets’ in 1973, and they came back together three years later for what some still consider to be the most powerful film of all time, ‘Taxi Driver’, the gritty story of one man’s descent into insanity. The film drew controversy for Jodie Foster’s portrayal as an under-age prostitute, as well as the graphic violence in the film, but it was showered with praise and awards in equal measure. Taxi Driver received four Academy Award nominations and the Palme d’Or at the Cannes Film Festival in 1976. In total it won 16 awards from 34 nominations, including three BAFTA’s, and as well as cementing Martin Scorsese’s reputation as one of the hardest-hitting directors in the business, it also introduced Robert De Niro’s iconic line ‘You talkin’ to me?’, one of the most memorable movie quotes of all time.

After the failure of ‘New York, New York’, Martin Scorsese took the negative reception hard, spiraling into cocaine addiction for the rest of the 1970’s, but with Robert De Niro’s help he beat the addiction and bounced back with ‘Raging Bull’, once again one of the most iconic cinematic masterpieces of all time. De Niro’s portrayal of Jake LaMotta was heralded as legendary almost instantly. The film introduced a change in Martin’s style, the expressionism of Taxi Driver had been enhanced to include slow-motion cuts, distortion of perspectives, and complex tracking shots, all techniques that have since become trademarks of Scorsese.

Martin Scorsese has produced so many masterpieces, it is impossible to even briefly mention them all, but 1990’s ‘Goodfellas’ cannot be ignored. De Niro once again produced an incredible performance, complemented by the menacing countenance of Joe Pesci as Tommy DeVito, and Ray Liotta rounded off the ensemble as the affable Henry Hill. Stylish, classic and iconic are labels that barely do the film justice, it is simply put one of the greatest gangster movies ever made if The Godfather didn’t exist, Goodfellas dominance of the genre would be in no doubt.

Martin Scorsese has continued for over forty years to produce masterpieces among his prolific output. He has produced and/or directed over 70 films, and his brilliance has never diminished. ‘Casino’, ‘Gangs of New York’, ‘The Aviator’, ‘Hugo’ and ‘The Wolf of Wall Street’ were all created from his unique vision of what makes a film entertaining, and the World of cinema has been enhanced forever by his work.

Eighteen actors have received Oscar nominations as a result of working with him, and he remains the most-sought-after director in the industry as a result. Even though Martin Scorsese is known for his gangster films, only five of his movies were actually in that genre, his films have included everything from musicals to period epics during his career. ‘The Aviator’, released in 2004 was the first film to gross over $100 million in America, and his most successful film to date was 2013’s ‘The Wolf of Wall Street’, which grossed over $390 million at the box office.

Martin’s success has allowed him to command huge fees for his participation in a film. He earned $6 million for ‘Gangs of New York’ in 2002, although he eventually had to return half of that after vastly overspending his budget. He was paid $3.5 million for ‘Shutter Island’ in 2010, and he picked up $10 million for ‘Hugo’ the following year, a film that he only agreed to make because he wanted at least one movie to his name that his youngest daughter could watch.

Martin Scorsese has been married a total of five times. He married first wife Laraine in 1965, and they had a daughter, Catherine, together. They divorced in 1971 and he wed for a second time in 1976, to writer Julia Cameron. They also had a daughter, Domenica, but divorced a year later. Martin tied the knot for a third time in 1979, to actress Isabella Rossellini, but they divorced in 1983, and he married producer Barbara De Fina in 1985. He divorced for the fourth time in 1991 but married for a final time in 1999. Martin and fifth wife Helen Morris are still together now in 2018, and they have a daughter, Francesca, born in 1999.

Fortunately for movie fans, particularly fans of the gangster genre, Martin Scorsese is still obsessed with making movies at the age of 1974, and fans of his work have something special to look forward to. ‘The Irishman’, which covers the alleged mob involvement in the death of Jimmy Hoffa, is due to hit the big-screen next year, and the hype surrounding it is fever-pitch already. The film brings together Martin and Robert De Niro for the first time since Casino in 1995, as well as Joe Pesci, who put his retirement on hold to take part. Al Pacino plays the part of Jimmy Hoffa, and Harvey Keitel plays a leading role too. The film was funded by Netflix, who originally agreed to provide $125 million, of which $12 million will go to Martin. But after Martin announced the end of filming in March 2018 to his 731,000 Instagram followers, it was revealed that he’s spent over $140 million on the movie. We’ve got a long wait while Martin goes through a year-long post-production process to create another of his iconic classics, but The Irishman is already one of the most anticipated movies of 2019.

Where does Martin Scorsese Live?

Martin lives with wife Helen and daughter Francesca in a 7,000 square foot town-house in the Upper East side of New York City. He paid $12.5 million for the four-story home back in 2007, and it features six bedrooms, elegant decorations, and a walled garden. The home was the feature of an article in Architectural digest in 1994, but it was updated in 2016 to include Martin’s take on the home, which is close to Little Italy where he originally hailed from.

The honors and awards that Martin Scorsese has earned are so numerous that I could never mention them all, he is the most nominated director in history, and has won every major award the film industry offers, including two Oscars for ‘The Departed’ in 2006. Martin always appears in any list of the most celebrated directors of all time, and he is generally considered to be the greatest director still living today. His reputation and his ability as a director to produce classic moments in cinema history can only be compared to the work of the late, great Alfred Hitchcock.