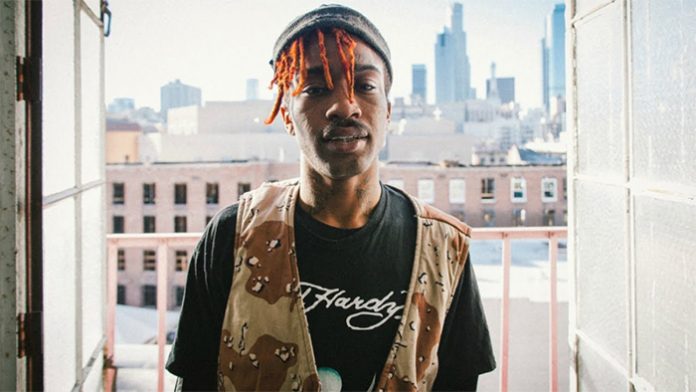 Based in Los Angeles, Lil Tracy has been making himself known in the rap scene since the early 2010’s. Over the years, he has dropped over a dozen mixtapes and extended plays including Asaku’s Forest, Cascadia Vibes, Icy Robitussin, and Moon Stones. Perhaps the most notable of all, however, are his projects with the late rapper Lil Peep.

Noted for sharing his work on SoundCloud, he has already amassed more than 130,000 followers on the site as of 2018. Similarly, he has over 50,000 fans subscribed to his YouTube channel. For his latest music videos and more, be sure to follow his page!

Having said all that, how’s the twenty-something doing for himself nowadays? How successful is he as a young rapper? How much has he reeled in from his records and tapes? According to sources, Lil Tracy’s current net worth sits at around $100,000. If you want to learn more about his career, be sure to keep reading!

How did Lil Tracy Make His Money & Wealth?

Born on October 3, 1995, in Virginia Beach, Virginia, Lil Tracy grew up listening to a variety of music including hip-hop. By the time he was fifteen, he had started to pen his own lyrics. After a period of homelessness, he moved to Los Angeles in attempts to pursue a music career. His debut mixtape, Cascadia Vibes was dropped in 2013.

Over the next year, he released a handful of tapes including Indigo Soul Mixtape, Asaku’s Forest, Depression, and Information, all of which picked up thousands of streams online. In 2014, he also dropped his debut extended play, Icy Rubitussin. A five-track project, it came with the tracks Foreverboys, Ice Robuttusin 2, Eternal, Elegant Thuggin and n0 0n3.

The following year, Lil Tracy continued to churn out a number of projects including ElegantAngel, When Angels Cry (Death Has Wings), Vintage LSD, Kim K & Kanye, and Heaven’s Witch, among a few others. By then, he had earned himself a considerable following on SoundCloud.

Despite having released so many records, however, it wasn’t until last year that his popularity started to peak after he collaborated with the late rapper Lil Peep on the albums Castles and Fly Away. Well received by fans, the joint ventures had quickly racked up tens of thousands of plays on SoundCloud. Speaking of collabs, Lil Tracy had also worked with Mackned on the EP, Hollywood High in 2017.

As far as his solo projects go, he most recently dropped Life of a Poster in November 2017. Packed with eight tracks, it featured the production efforts of Bighead, Fish Narc, DJ Flip, and a few others. Some highlights from the playlist include Drunk Punx, Hennessy, Radio Killa, and Life of a Popstar; combined, these songs have been playing well over 100,000 times online.

Going back to our original question, it’s obvious that most of the rapper’s earnings came from the success of his mixtapes and albums. In addition to that, however, he also pulls in a considerable amount from performing shows and concerts. In fact, he had just recently embarked on a tour last spring.

No, as far as we know, Lil Tracy is currently single and not in a relationship.

Does Lil Tracy Have Any Children?

No, Lil Tracy does not have any children.

Did Lil Tracy Go to College?

No, he did not go to college. In fact, it’s unclear whether or not he’s completed high school.

What is Lil Tracy Famous For?

Lil Tracy gained fame after collaborating with the late rapper Lil Peep last year; some of their joint projects include Castles, Castles II, and Fly Away. Well received, they have since picked up thousands of streams online.

Lil Tracy currently lives in L.A., where he continues to record new music. We do not have any further details on his abode at this time.

What Kind of Car Does Lil Tracy Drive?

Details on Lil Tracy’s vehicle are not available.

How Much Money Did Lil Tracy Make Last Year?

At this time, we do not have any information on Lil Tracy’s annual salary.

So far this year, he’s released two new singles- Still and You Might. In addition to those, he’s also landed a few features in the songs She’s a Dancer, 666Days, and Desire.

Want to know what the rapper’s up to? Luckily for us fans, Lil Tracy is active on social media- for instance, you can find him on Twitter at @LilTracy. For his official music videos and more, you can head on over to his YouTube channel here (be sure to click the subscribe button if you haven’t already done so!)