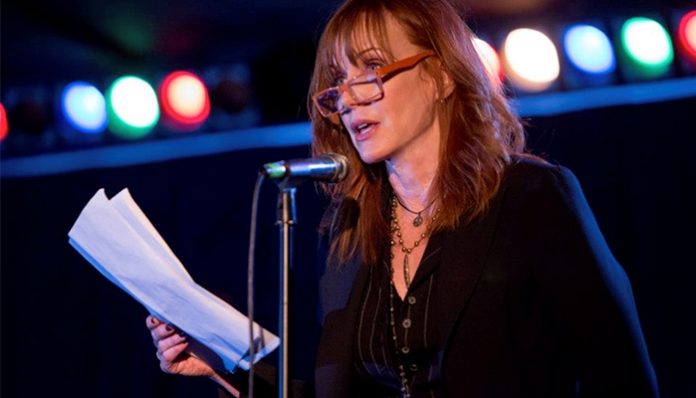 An American actress, Jamie Rose rose to fame in the primetime soap opera, Falcon Crest in the early 1980’s. Since then, she has appeared in several other series including Renegade, The Sentinel, Silk Stalkings, In2ition, and Criminal Minds. Most recently, she made a guest appearance in the medical drama, Grey’s Anatomy in 2016.

Though she’s best known for her work on television, she has also worked on a few films such as The Father and the Bear, Route 30, Too!, and The Chain (though she mostly played minor roles).

What is the TV star up to nowadays? Aside from acting, what else is she involved with? Does she have any other projects that we should know about? How successful is she? As of 2018, it’s said that Jamie Rose has an estimated net worth of $1 million. How much of this came from her television career? Let’s take a look below.

How did Jamie Rose Make His Money & Wealth?

Born on November 26, 1959, in New York City, New York, Jamie Rose launched her acting career at the age of six- her first role was that of a dancer in a Kool-Aid commercial. Though she appeared in a couple of television series in the late 1960’s, it wasn’t until the early 80’s, when she was in her early twenties, that she started to make a name for herself as an actress.

In 1981, she received a big break after being cast as Vickie Gioberti in the soap opera, Falcon Crest. Premiered on CBS, the series proved to be a big big, having attracted more than 17.4 million viewers during the first season. Responsible for her rise to fame, the show also starred Jane Wyman, Robert Foxworth, Susan Sullivan, and Lorenzo Lamas, among many others. By the time Rose left in 1983, she had established a solid fan base.

From there, she went on to play various characters in series such as Jessie, Matt Houston, Simon & Simon, and St. Elsewhere. Ultimately, it wasn’t until 1985, that she landed her second major role in the crime drama, Lady Blue, which ran until 1986. Some of the other shows that she appeared in the 1980’s include Hotel, Valerie, Hard Time on Planet Earth and My Two Dads.

In the recent years, she has appeared in shows such as In2ition, House, Franklin & Bash, Jane the Virgin, and Grey’s Anatomy.

In addition to her work on television, the actress has also worked on several films throughout her career. For instance, she has played various roles in the titles Route 30, Too!, Rebel Love, Heartbreakers, and Just Before Dawn. Most recently, she appeared in the 2016 drama film, The Father and the Bear, which starred Wil Love, Dendrie Taylor, and David DeLuise.

In terms of other projects, she has also authored a book titled, Shut Up and Dance! The Joy of Letting Go of the Lead. Published in 2011, the memoir revolves around her experiences with learning the tango, and how it played a role in her relationship.

Yes, the actress has been married to Kip Gilman since 2006.

Does Jamie Rose Have Any Children?

No, as far as we know, Jamie Rose does not have any children.

Did Jamie Rose Go to College?

Unfortunately, we do not have any information on Jamie Rose’s education background at this time.

What is Jamie Rose Famous For?

As an actress, Jamie Rose is perhaps best remembered for playing Vickie Gioberti on the CBS sitcom, Falcon Crest in the early 1980’s. Since then, she has also starred in the crime drama, Lady Blue.

The last that we’d checked, Jamie Rose resided in Los Angeles, where she teaches acting lessons out of her studio. We do not have any photos of her home at this time.

What Kind of Car Does Jamie Rose Drive?

Details on Jamie Rose’s vehicle are not available.

How Much Money Did Jamie Rose Make Last Year?

At this time, we do not have any information on Jamie Rose’s annual salary.

As mentioned earlier, Jamie Rose hasn’t appeared on television/film since 2016- her last roles were that of Lena and Joyce Redman in Grey’s Anatomy and The Father and the Bear respectively. Considering this, it’s likely that she’s been kept busy with giving acting lessons.

Want to know what she’s up to? If so, how about following the actress on social media? You can find Jamie Rose on Instagram and Twitter at @JamieRoseHere. As far as we can tell, she does not have an official Facebook fan page.