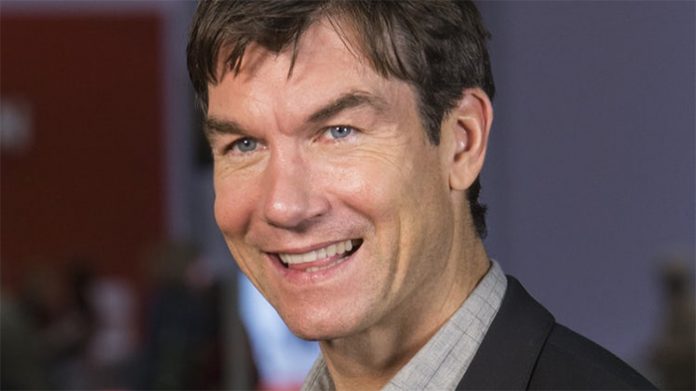 An American actor, Jerry O’Connell rose to fame for his portrayal of Andrew Clements in the sci-fi series, My Secret Identity. Since then, he has appeared in several other titles such as Sliders, Las Vegas, Do Not Disturb, and Jake and the Never Land Pirates. Currently, he stars in the crime drama, Carter.

In addition to his television career, he has worked on several movies- for instance, he’s appeared in Veronica Mars, The Lookalike, Wish Upon, and The Alibi. Later this summer, he will be starring as Superman in the superhero film, The Death of Superman.

How much is he paid as an actor? How rewarding has his career in the showbiz been? How well-off is the 44-year-old? To answer this question, it’s said that Jerry O’Connel’s current net worth is around $16 million. Where did he earn the bulk of this fortune from? Let’s have a look, shall we?

How did Jerry O’Connell Make His Money & Wealth?

Born on February 17, 1974, in New York City, Jerry O’Connell grew up in Manhattan, where he went to the college preparatory Professional Children’s School. Like many actors, he began his career at a young age. After appearing in a few television commercials, he landed his first film role in the comedy drama, Stand By Me. From there, he appeared in a couple of TV films- The Room Upstair and Ollie Hopnoodle’s Haven of Bliss.

Not long afterward, he landed a lead role in the sci-fi series, My Secret Identity. Responsible for the launch of his acting career, it saw him playing the part of Andrew Clements, a 14-year-old who gains superpowers after being hit by a photon beam. For his portrayal, O’Connell earned two back-to-back Young Artist Award nominations in 1989 and 1990.

A few years later, he starred in the fantasy series, Sliders alongside Cleavant Derricks, Sabrina Lloyd, and John Rhys-Davies. Not only did he play one of the main characters, but he also wrote, produced, and directed, several episodes of the show throughout its run.

In the years since, the actor has appeared in numerous other series including Crossing Jordan, Las Vegas, The Batman, Carpoolers, Do Not Disturb, and Jake and the Never Land Pirates. In 2013, he also starred as Stuart Strickland in the CBS sitcom, We Are Men. Fast forward to today, and he currently plays the title character in the crime drama, Carter, which premiered on Bravo in May 2018.

Though most of his standout projects are on the small screen, he has also appeared in many films. For instance, he has worked on First Daughter, Man About Town, Baby on Board, Veronica Mars, The Lookalike, and Justin League: Throne of Atlantis. Later this year, he will also be lending his voice to Spiderman in the animated movie, The Death of Spiderman.

As far as other ventures go, he used to work as a ghostwriter in Broadway. For example, he helped to write the comedy, Living on Love, which came out in 2015.

Jerry O’Connell has been married to Rebecca Romijn, a former model since 2007.

Does Jerry O’Connell Have Any Children?

Yes, he has twin daughters named Dolly and Charlie, that were born in 2008.

Did Jerry O’Connell Go to College?

Yes, he did. After completing high school, he went to New York University, where he studied film; he later graduated with a bachelor’s degree in 1995.

What is Jerry O’Connell Famous For?

Jerry O’Connell is perhaps best known for his roles in the television series My Secret Identity and Sliders, the latter of which he also directed and produced.

Unfortunately, we do not have any information on Jerry O’Connell’s whereabouts at this time, nor do we have any photos of his abode.

What Kind of Car Does Jerry O’Connell Drive?

Details on Jerry O’Connell vehicle are not available.

How Much Money Did Jerry O’Connell Make Last Year?

At this time, we do not have any information on Jerry O’Connell’s annual salary.

Last year, he appeared in two films, Justice League Dark and Wish Upon, the former of which saw him in a voice-acting role. Later this summer, he will also be lending his voice to Superman in the animated movie, The Death of Superman.

What’s the TV star up to nowadays? If you’re a fan, why not keep up with him by following him on social media? You can find Jerry O’Connell on Instagram and Twitter at @MrJerryOC. While you’re at it, you might also want to check out his official Facebook fan page for the latest news and announcements.