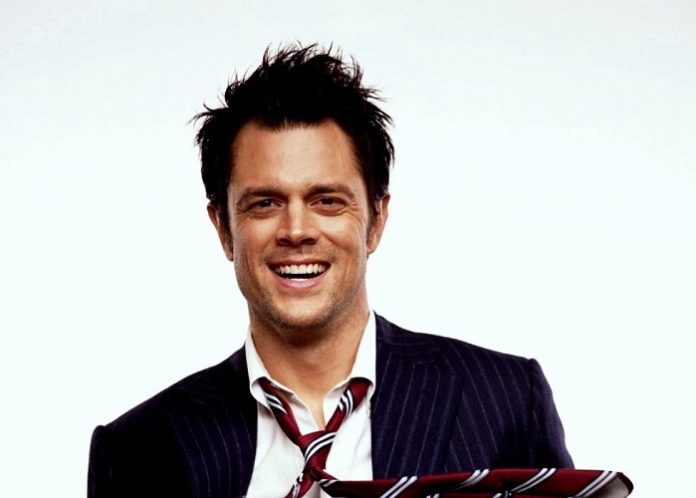 Johnny Knoxville is an actor, writer, and film producer who is best known for his de facto leadership of the Jackass crew. Tough as nails and constantly working out new and exciting ways to hurt himself for our amusement, Johnny has enjoyed a successful career in Hollywood and on TV since he and his masochistic buddies finally ended the Jackass story in 2010, with the final chapter of entertaining experiments in pain, ‘Jackass 3D’.

Johnny is now 47 years old, but he’s still pushing the boundaries of personal injury, making production staff in his latest film freak out due to eye-popping injuries, and somehow still surviving in good enough condition to laugh disarmingly about injuries that would make the rest of us never want to leave the house again. But how much has the stunt-loving lunatic earned during his career? And is he likely to survive long enough to enjoy retirement? Read on to find out.

How Did Johnny Knoxville make his money & wealth?

Philip John Clapp Jr. better known as Johnny Knoxville was born on March 11th, 1971 in Knoxville, Tennessee. His father, Philip junior, was a car salesman, and mom Lemoyne was a Sunday school teacher. After graduating from high school, Philip Clapp moved to California to follow his acting dreams, along the way ditching his given name and picking the far cooler sounding Johnny Knoxville. At first Johnny only got a few small jobs, in a Mountain Dew commercial, and as an extra, but eventually, he met former professional BMX rider, Jeff Tremaine.

Tremaine was editor of the skateboarding magazine ‘Big Brother’, and Johnny pitched an idea that involved testing some self-defense equipment on himself. Tremaine was impressed with Johnny’s ability to make self-inflicted suffering quite so entertaining, and so were MTV when the pair pitched the idea for a series to them. ‘Jackass’ was born and MTV found themselves the proud owners of a Worldwide cult hit. Jackass was unlike virtually anything that was ever seen before, and even though media outlets around the World began to grumble and complain about the recklessness and potential danger of it all, Jackass was for a while the most talked about show on television just about everywhere.

Eventually, after a few copycats had managed to almost kill themselves by emulating the stupidity of the professional Jackasses, MTV was more or less forced to close the show down, but in 2002 ‘Jackass: The Movie’ came along, and that was a bigger hit than the one Butterbean gave Johnny during ‘Department Store Boxing’, the memorable segment from the film when Johnny woke up from a brief sleep after the punch and immediately asked ‘Is Butterbean OK?’. ‘Jackass: The Movie’ took $80 million at the box office, and Johnny Knoxville worked his way into bigger and better roles, for a while becoming the most successful of the Jackass crew when it came to non-pain-related roles.

Johnny’s biggest role was as Luke Duke in the revamp of the 1970’s TV show ‘The Dukes of Hazzard’. The film was fairly poorly received by critics but a commercial success, eventually taking over $111 million Worldwide. Johnny also had a part in ‘Men in Black II’ in 2004, and another in ‘Walking Tall’ the following year. Among a few other roles the Jackass sequels came along and became progressively more painful to watch, but they remained popular with audiences. Overall all three Jackass films have taken more than $300 million, but in 2013 Johnny played the part of a badly-behaved senior citizen in ‘Bad Grandpa’, and it was his most successful big-screen offering so far.

Along with Jeff Tremaine, Johnny Knoxville wrote and produced the movie, also levering in his own production company, ‘Dickhouse Productions’ along the way. With a budget of only $15 million, the movie managed to take over $150 million at the box office, and it brought the joys of an elderly man getting his genitals stuck in a vending machine to a brand new generation. As always with Johnny’s work, reviews were mixed, you either find that kind of off-color humor hilarious, or you find it plain inappropriate, but there’s never a shortage of people who will enjoy the inappropriate comedy of Johnny Knoxville, and they turned up to buy tickets in their millions.

Johnny Knoxville is now approaching 50, and as someone of the same age, I know only too well that it’s not quite so easy to jump up from a painful impact when you’ve lost the suppleness of youth, but now in 2018 he’s still up to his old stunt-laden tricks, and this time Johnny is starring in ‘Action Point’, an action-comedy adventure that is due to be released on June 1st, 2018. The film tells the story of an unconventional theme park owner who considers health and safety to be low on his list of priorities, and along with former Jackass star Chris Pontius, Johnny Knoxville performs all of his own stunts while playing the part.

The good news is that the worst of all grandpas survived the filming of ‘Action Point’, although when I mentioned a few eye-popping injuries above, I was speaking quite literally. A ‘Globe Luxation’ occurred, which resulted in Johnny’s eye coming out of its socket a couple of times, and there were a few concussions, as well as a broken hand and a fractured ligament in his knee, but all in all, that’s just another day at the office for Johnny Knoxville, and a chance to meet his lifelong friends at the local ER department.

John married his first wife Melanie in 1995, and the couple had a daughter Madison the following year, you might remember Madison as the young lady giving Jeff Tremaine an enthusiastic punch with a boxing glove in the credits of ‘Jackass 3D’. Johnny and Melanie separated in 2007 and in 2009 he had a son, Rocko, with girlfriend Naomi Nelson. Johnny and Naomi married in 2010 and in October 2011 they had a second child, a daughter Arlo.

How much money does Johnny Knoxville make per movie?

Johnny Knoxville picked up a $5 million paycheck for his role in 2004’s ‘Walking Tall’, and he is estimated to earn a similar figure for his other movie roles. His income is also supplemented by on-going income from the Jackass franchise. Re-runs of the TV show, as well as DVD sales of the show, and the following films have remained popular with a sizeable cult following, even this long after Jackass first graced our screens. Johnny’s production company Dickhouse Productions was involved with the commercially successful Bad Grandpa in 2013, and along with three other movies Johnny worked on that year, his annual income for 2013 was estimated to be in the region of $20 million, his most profitable year to date.

Where does Johnny Knoxville live?

Johnny Knoxville has made several real estate purchases since the success of Jackass. The home he shared with first wife Melanie in the Hollywood Hills was sold after their divorce for $2 million, but Johnny also owns a larger property in the Hollywood Hills. The four-bedroomed home comes complete with swimming pools, tennis courts and manicured grounds, but Johnny also owns several other properties in California, and a vacation condo in Daytona Beach, Florida.

John Knoxville has supported a number of charitable projects, including AIDS charities, the Small Steps Project and Wildlife Warriors Worldwide. He posts regularly on Twitter to his almost two million followers, and on Facebook to almost four and a half million followers, but be warned, he’s also happy to occasionally share a few gruesome images of his latest injuries.