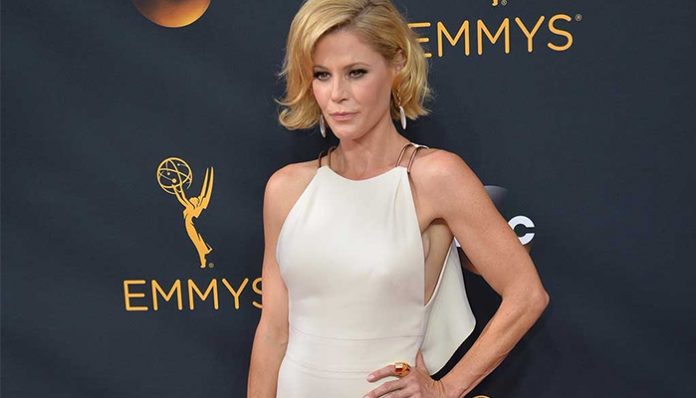 A two-time Primetime Emmy Award winner, Julie Bowen gained widespread acclaim for her portrayal of Claire Dunphy in Modern Family (a comedy series that’s still airing as we speak). Some of her other noteworthy television credits include Boston Legal, Ed, and Lost.

In addition to her television career, the blonde has also appeared in numerous films including Kids in America, Crazy on the Outside, Jumping in the Broom, and Sex and Death 101. Earlier this year, she even co-starred in the comedy, Life of the Party alongside Matt Walsh, Maya Rudolph, and Gillian Jacobs, among a few others.

How wealthy is the TV star? How much is she paid for her appearances on the award-winning comedy series, Modern Family? What about her film roles? According to various sources, Julie Bowen’s current net worth sits at around $16 million. Where did the bulk of this amount come from? Let’s have a look at this below.

How did Julie Bowen Make Her Money & Wealth?

Born on March 3, 1970, in Baltimore, Maryland, Julie Bowen grew up in the suburbs, where she attended Roland Park Country School. After graduating high school, she went to Brown University, where she majored in Italian Renaissance studies. Ultimately, it was during her time there that she got involved with acting. Some of the plays that she took part in as a student include Lemon Sky, Guys and Dolls and Stage Door.

In 1992, she landed her first, albeit minor, television role in the soap opera Loving. From there, she appeared in an episode of Class of ’96, before landing a lead role in the TV film, Runaway Daughters. By the end of the 90’s, she had played two recurring roles in the series Extreme and ER.

Ultimately it wasn’t until 2000, that she started to gain more attention after being cast as one of the lead characters in the NBC comedy-drama, Ed. The big break that she’d been waiting for, she played the role of Carol Phyllis Vessey, the love interest of the title character. Widely popular among audiences, the show played a significant role in the launch of her acting career.

A few years after Ed wrapped up, the actress co-starred in the legal comedy-drama, Boston Legal, a show that went on to earn her four Screen Actors Guild Award nominations.

Perhaps her most noteworthy role of all, however, is that of Claire Dunphy in the ABC sitcom, Modern Family. Her most prominent television credit to date, her portrayal has yielded her countless awards including six Primetime Emmy Award nominations, two of which resulted in wins. According to sources, the main cast- including Bowen, currently makes $175,000 per episode (they recently secured a pay raise).

In addition to her television career, Bowen has also appeared in a number of films (though it’s not her main focus). Some of the movies that she’s worked on include Crazy on the Outside, Kids in America, Joe Somebody, Knife Fight, and Planes: Fire & Rescue. Most recently, she co-starred in the comedy film, Life of the Party.

This February, she filed for divorce from her ex-husband, Scott Philips, whom she married back in 2004.

Does Julie Bowen Have Any Children?

Yes, she has three sons with her ex-husband, John, Gustav, and Oliver.

Did Julie Bowen Go to College?

Yes, she did. After finishing high school, she went to Brown University, where she studied the Italian Renaissance.

What is Julie Bowen Famous For?

Julie Bowen has gained widespread acclaim for her portrayal of Claire Dunphy in the award-winning comedy series, Modern Family. Critically acclaimed, her portrayal has earned her six nominations so far, two of which resulted in wins.

Julie Bowen currently resides in Beverly Hills, California. Unfortunately, that’s the extent of the information that we have at this time.a

What Kind of Car Does Julie Bowen Drive?

Details on Julie Bowen’s vehicle are not available.

How Much Money Did Julie Bowen Make Last Year?

At this time, we do not have any information on Julie Bowen’s annual salary.

Aside from Modern Family, which she’s been starring in since 2009, the actress made recent appearances in the television shows The Price is Right, The Mindy Project, and LA to Vegas.

On the big screen, she also co-starred in the comedy film, Life of the Party, which was released earlier this month.

Did you know that you can follow Julie Bowen on social media? That’s right, you can find her on Instagram and Twitter at @ItsJulieBowen. On Facebook, she also has an official fan page, which you can check out here.