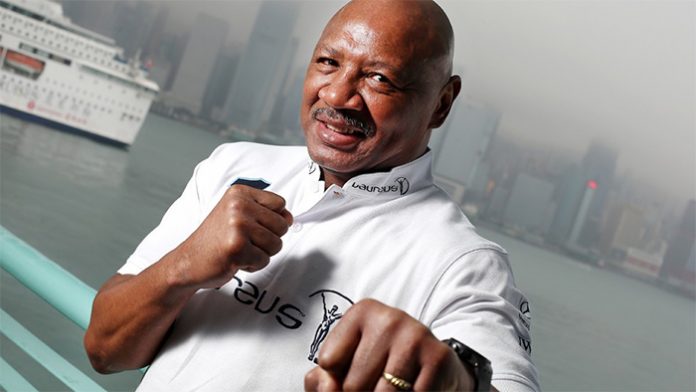 A professional boxer, Marvelous Marvin Hagler enjoyed a fulfilling career before retiring in 1987. Hailed as one of the greatest fighters of all time, he successfully defended his middleweight champion title for seven years, from 1980 to 1987. Not only that, but he held the longest championship reign in boxing history- a feat that later earned him the nickname, “Marvelous”.

Since the end of his boxing career, he has made numerous television appearances- for instance, he has been featured on the shows Legendary Nights, A Question of Sport, The Frank Skinner Show, and Ring of Fire: The Emile Griffith Story. As an actor, he even played a couple of roles in the films Indio, Cyberflic, and Notti di Paura.

How much did he make as a professional boxer? How is the former athlete doing for himself nowadays? How financially established is he? According to various sources, Marvin Hagler has an estimated net worth of $45 million. Let’s take a more detailed look at his career below.

How did Marvin Hagler Make His Money & Wealth?

Born on May 23, 1954, in Newark, New Jersey, he spent most of his childhood in Brockton, Massachusetts. Though he attended school, he later dropped out during the ninth grade; from there, he worked various construction jobs to support himself and his mother. At the age of fifteen, he took up boxing after walking into a gym owned by Goody and Pat Petronelli, who later became his managers. Within a few years, he had won his first national title.

For the next several years, he boxed in the middleweight category, where he became a top-ranked boxer. Known for his brute strength and fierce approach, he eventually won his first world championship title in 1980, after defeating Alan Minter. From there, he successfully defended his title twelve times over the next seven years.

Several years later, he had the biggest fight of his career against Ray Leonard, who had recently come out of retirement. Despite his best efforts, however, the judges gave the match to Lenoard. Shunned by the loss, he retired from the sport almost immediately.

While it’s obvious that a significant portion of his current wealth stems back from his boxing days, it’s hard to determine how much exactly he’s earned from his matches. A few years after his boxing career came to an end, he was inducted into the International Boxing Hall of Fame and the World Boxing Hall of Fame.

After retiring from competitive boxing, Hagler dabbled in acting; some of the films that he appeared in include Indio, Indio 2, Not di Paura, and Cyberflic. On television, he was also featured in shows such as Saturday Night Live, The Tonight Show Starring Johnny Carson, Greatest Sports Legends, Legendary Nights, and A Question of Sport.

In terms of recent TV appearances, it’s said that he will be appearing in an upcoming documentary titled, I Am Duran, which will be released sometime later this year.

Does Marvin Hagler Have Any Children?

Did Marvin Hagler Go to College?

No, as far as we know, Marvin Hagler did not go to college. Instead, he had pursued a boxing career in his teens.

What is Marvin Hagler Famous For?

Marvin Hagler is best known for his professional boxing career, which spanned from 1973 to 1987. Considered one of the greatest fighters of all time, he successfully defended his middleweight champion title twelve times over a period of seven years.

We do not have any information on Marvin Hagler’s location at this time- nor do we have any photos of his home.

What Kind of Car Does Marvin Hagler Drive?

How Much Money Did Marvin Hagler Make Last Year?

At this time, we do not have any information on Marvin Hagler’s annual salary.

The former middleweight champion will be appearing in a new documentary titled, I Am Duran. A biopic, it will center around the boxing career of Roberto Duran, a four-time World Champion boxer. Aside from that, he hasn’t made any television appearances lately.

Though he isn’t active on Twitter, you can find him on Facebook, where he has an official fan page here. Alternatively, you can check out his official website, marvelousmarvin.com for his latest news and announcements.