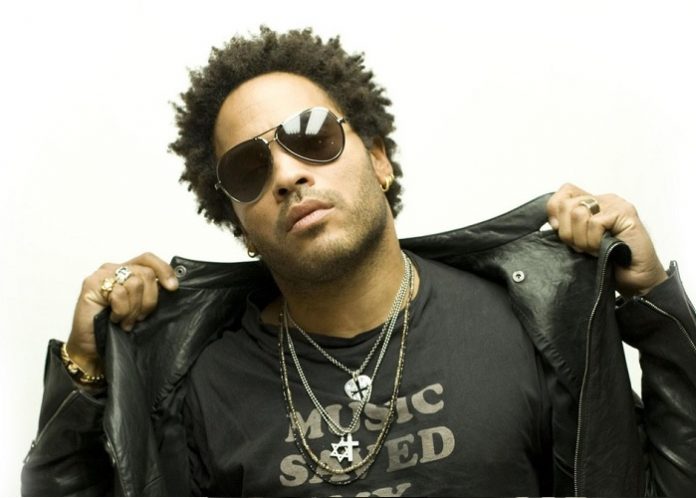 Lenny Kravitz is an artist who has never had a problem in the creativity department, that is until 2015 with the culmination of his World tour. The celebrated songwriter, singer, actor and producer finally seemed to have run out of that inexhaustible supply of inspiration that has seen him enjoy a successful career in music since the late 1980’s, but now in 2018 Lenny Kravitz is back. After regaining the genre-defying genius that made him famous, Lenny’s got plenty of new material that he wants the whole World to hear, and there are some heavyweight messages for fans to take on board.

Lenny Kravitz has enjoyed consistent success since his début album ‘Let Love Rule’, almost thirty years ago. He’s been showered with praise, honors, and awards in equal measure, and he’s earned an impressive personal fortune along the way. But how much is Lenny Kravitz worth now? And what can fans look forward to from the new revitalized Lenny in 2018?

How Did Lenny Kravitz make his money & wealth?

Lenny Kravitz was born on May 26th, 1964 in Manhattan, New York. He was the only child of actress Roxie Roker and NBC news producer Sy Kravitz. Lenny showed an early interest in music and began experimenting with sound in the same way many kids do, by banging a few pots and pans.

Fortunately, Lenny’s parent’s were supportive of his creative streak rather than annoyed by the noise, and they encouraged his musical aspirations. Big music fans themselves, they took him to shows, including a Jackson 5 performance at Madison Square Garden, but his father was also involved in Jazz promotion and mixed with jazz greats such as Ella Fitzgerald, Miles Davis, Count Basie and Duke Ellington. Lenny was playing drums and guitar by the age of seven and being influenced by the soulful strains of Motown, he often accompanied his mother to the theater where she worked to watch artists perform, but in 1974 the family moved to southern California when Roxie won her role on The Jeffersons.

Lenny’s musical influences continued to expand in LA, he sang in the California Boys Choir and even performed at the Hollywood Bowl with the Metropolitan Opera. He was inspired by the rock greats of the 1970’s such as Led Zeppelin and Aerosmith, but he also loved soul, R&B, Motown, and jazz. Lenny’s diverse range of influences actually caused problems when he tried to land his first record deal. His genre-defying mix of sounds was ‘Not black enough’, or ‘Not white enough’, but after signing a manager to negotiate deals, he ended up with five labels fighting to sign him up, and he eventually signed with Virgin Records in January 1989.

‘Let Love Rule’ was released in September 1989, but in the US it had a lukewarm reception initially. Some critics thought Lenny was trying to achieve too much with his 1960’s themed rock/funk mix, while others recognized touches of genius in his work. Outside America, however, the album was hugely successful. A tour followed, for which Lenny had to quickly assemble a band, as he had played every instrument himself in the studio. The following year Lenny showed that he wasn’t just a musician who could play any instrument and sing like an angel, he was a credible producer too.

‘Justify My Love’, the 1990 smash-hit from Madonna, was co-written and produced by Lenny. The single went to number one for two weeks, while MTV banned the video due to it’s explicit content. The controversy simply increased sales of the video at record stores, with over half a million copies selling overnight. Lenny’s second studio album, ‘Mama Said’ came along in 1991, in which Lenny collaborated with Slash and Sean Lennon. It spawned several singles, among them ‘It Ain’t Over Til It’s Over’, which was Lenny’s first top 10 hit on the Billboard Hot 100 chart, where it peaked at number two.

Lenny’s success went from strength to strength from that point on, new albums have appeared regularly, and the awards have stacked up over the years. Lenny’s reputation as one of the most original and inspired musicians is set in stone after almost thirty years, but his music is still genre-defying. Sometimes an artist is so original that his music defies simple explanation, and Lenny Kravitz is not rock, funk, pop or soul, he’s just unique in his originality.

Lenny Kravitz has also impressed critics with a string of well-received acting performances on the big and small screens. After playing the role of Nurse John in the 2009 drama ‘Precious’, Lenny was nominated for numerous awards, including a Screen Actors Guild Award. Since then he has played the part of Cinna in 2012’s ‘The Hunger Games’, a role he reprised in ‘The Hunger Games: Catching Fire’ in 2013, and his mega-celebrity status has seen him make a number of guest appearances in movies such as ‘Zoolander’, and TV shows such as ‘Better Things’ and ‘Star’.

Lenny also finds time to run a high-end design company, Kravitz Design, which he launched in 2003. The New York-based business aids with creative direction and design, and has a number of large corporate clients on the books. The business is also highly respected in the field of interior design for its work on mansions and private estates, and it has also worked on creating original and stylish spaces for hotels and commercial offices.

Lenny Kravitz married actress Lisa Bonet in November 1987. Lisa is known for being in ‘The Cosby Show’ as Denise Huxtable and later in the spin-off show ‘A Different World’. The couple had a daughter, Zoe, in December 1988 but they divorced in 1993. Lenny was then in a long-term relationship with French singer Vanessa Paradis, and in 2001 was dating Adriana Lima, a Brazillian model. He had a relationship with actress Nicole Kidman in 2003, and they were briefly engaged the following year. Since then Lenny, for whom spirituality is an important part of his life, has committed to remaining celibate until he re-marries. He has a tattoo on his back inscribed with the words ‘My Heart Belongs to Jesus Christ’.

Since Lenny’s 2015 tour of Europe he has experienced that uncharacteristic block in his creative juices, but now in 2018, he’s back again with an uncompromising message. His 11th Studio album ‘Raise Vibration’ is due for release in September 2018, and the first single from it, ‘It’s Enough’ has a powerful and controversial video. It features disturbing footage of riots, nuclear explosions, and shootings, and Lenny wants to spread a message of peace. He revealed in an interview with Rolling Stone earlier this year that his creative block ended because he’s fed up with all the war in the World, and the ‘Greed and dishonesty of World Leaders’. Lenny also embarks on a World Tour later this year, beginning in the UK in June 2018.

Lenny has been nominated for and won, many awards during his career. He won the Grammy Award for Best Male Rock Vocalist consecutively from 1999 to 2002, a record that still stands today. He has won a number of other awards, including MTV video, American Music, and Radio Music Awards. He was also included in VH1’s 100 Greatest Artists of Hard Rock in 2011. Now he has emerged from the three-year-long hiatus in his career, he has confirmed that he is already working on a follow-up project to ‘Raise Vibration’, and Lenny’s next contribution could well be a soundtrack for an upcoming film project. You can keep up to date with Lenny’s latest activities on Twitter, where he has 5.3 million followers or Facebook where almost six million fans keep track of his movements.