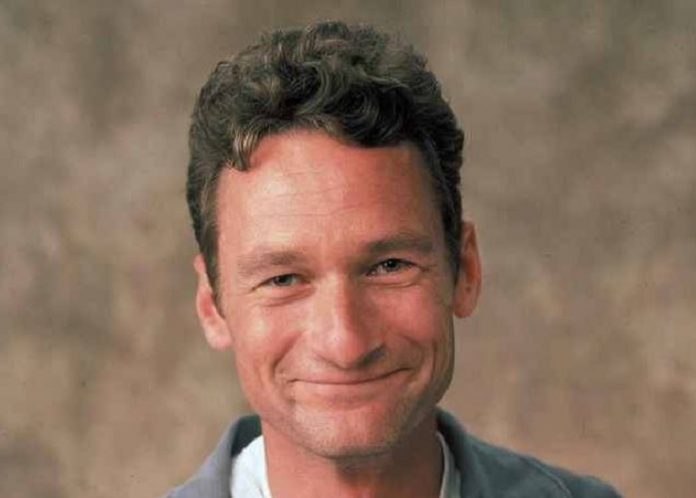 Being quick-witted and able to come up with a quick answer to everything is not unusual for celebrities, but to be able to do so consistently for decades, without the aid of an advisor or a team of writers, is not something many celebrities can manage. Ryan Stiles, however, is the master of improvisational comedy, and his quick-wits have earned him a fortune during his career.

Ryan Stiles is a cornerstone of ‘Whose Line is it Anyway?’, and he’s arguably the most popular panelist on the show. He’s definitely the tallest, and any regular fan will know he’s also got the worst taste in footwear. But how much has he earned during his career? And what does he do when he’s not entertaining comedy fans on the show? Read on as we find out.

How Did Ryan Stiles make his money & wealth?

Although Ryan Stiles is best known for Whose Line is it Anyway, his show-business career began long before that, with an appearance in an Oscar-nominated film no less. Ryan was born on April 22nd, 1959 in Seattle, Washington. His Canadian parents moved back to their home-town of Vancouver, British Columbia when he was 10, and he attended high school in nearby Richmond.

Ryan Stiles was a good student but left school before graduating, and although his parents weren’t happy about the decision, he was soon making a reasonable income from stand-up comedy in Vancouver clubs. He began writing for CBC, on ‘Comedy College’, and later was the head writer for The ‘Don Harron Show’. Ryan Stiles made his screen début in a short, animated comedy in 1985 called ‘Rainbow War’. The film was made for the World Fair of Vancouver in 1986, and it also starred that other Whose Line regular, Colin Mochrie.

Rainbow War was nominated for the Best Short Film Award at the Oscars that year, and Ryan made small appearances in several TV shows throughout the 1980’s and early 1990’s. He worked on ‘It’s Garry Shandling’, ‘Who’s the Boss?’ and ‘Parker Lewis Can’t lose’. He also won minor roles in big-screen comedies such as ‘Hot Shots!’ in 1991, and the sequel, ‘Hot Shots! Part Deux’ in 1993, but across the Atlantic, he was already a household name. The British version of Whose Line had been launched in 1988, and the following year Ryan was signed-up as a regular fixture on the show. He became hugely popular in the UK and was with the show until it ended in 1998. In 1995 Drew Carey recruited Ryan to play the role of best-friend Lewis Kiniski on his show, and when the British version of Whose Line ended, Ryan and Drew persuaded ABC to bring the format across the Atlantic.

The American version of ‘Whose Line is it Anyway?’ premièred in August 1998 with Ryan and Drew Carey as executive producers. Drew presented the show, while Ryan was a regular panelist with fellow Canadian Colin Mochrie. For the second season, they were joined by comedian and singer Wayne Brady while a fourth slot was taken by a guest panelist every week. Aired immediately after ‘The Drew Carey Show’, it was a minor hit for ABC, who had low expectations for a Thursday night slot. The show averaged 13.1 million viewers initially, but by 2003 ABC canceled production because of low ratings, although ‘new’ shows were created from previously unaired segments until 2006.

After Whose Line ended, Ryan Stiles made regular appearances in TV movies and had a recurring role as Dr. Herb Melnick in ‘Two and a Half Men’ from 2004 to 2015. He appeared in ‘Reno 911!’ in 2008 and was a frequent face on comedy compilation shows, but in 2013, to the pleasure of long-term fans, ‘Whose Line is it Anyway?’ returned to our screens thanks to the CW TV Network. Ryan, Colin, and Wayne were back in their regular slots, but Drew Carey had been replaced by Aisha Tyler as host of the show. A special guest was added to spice up the variety of the show, and after a successful run of 12 episodes, The CW renewed the show for another 24 episode season, this time for a Friday night prime time slot.

The show returned in March 2014 for season two at The CW, or season ten overall, during which Ryan missed two episodes due to illness, the first episodes he had missed on the show, both the American and British versions, since August 1994, and the show has returned every year since then. In October 2017 The CW renewed the show for a sixth season at the network or the fourteenth season in total, and the latest round of off-the-cuff comedy from Ryan Stiles, and his improvisational Whose Line co-stars, will begin on June 4th, 2018.

Ryan Stiles met his future wife Patricia at Punchlines comedy Club in the mid-1980’s. The couple married in 1988 and they have one son, Sam and two daughters Claire (Sonny) and MacKenzie.

Where does Ryan Stiles Live?

Ryan Stiles is not afraid to walk on stage in a crowded room without a single rehearsal to back him up, but he is terrified of flying. He has lived with his family at a home on Lake Samish, near Bellingham, Washington since he got married, and he dreaded the regular flights when he was working on ‘Two and a Half Men’. Whenever possible Ryan stays close to home, and he has opened the Upfront Theater in Bellingham, to bring some of that famous improvisational wit to a smaller, more intimate audience. Although as you can see, if you ever go there you’ll probably want to make sure your cell phone is turned off.

Ryan’s earnings from Whose Line are not known, but it is reported that he can charge fees of between $75,000 and $150,000 for attending an event. He has also appeared in commercials for Nike, KFC, Playskool, Zaxby’s and Pizza Hut, and he hosts improvisation classes at the Upfront Theater.

Ryan Stiles has supported the Burned Children Recovery Center for many years. Since 2009 he has raised over $500,000 for the charity, which helps children with burn injuries. He holds dual American-Canadian citizenship and enjoys fishing, reading and relaxing with his dogs, of which he has three. And finally, about those shoes. Ryan’s unusual footwear is a trademark gag on Whose Line, but despite the constant ribbing, 6-foot 6-inch tall Ryan has unusually big feet, and those shoes are made by none other than designer George Esquivel, who includes Taylor Swift among his celebrity clientèle. You can keep up to date with Ryan on Twitter, where he’s followed by 49,000 fans.