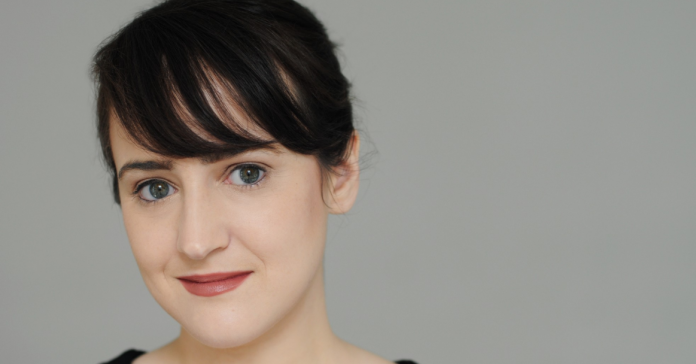 Mara Wilson is a published author and a former child star. She was the title character of the hit movie Matilda, based on the book of the same name. She is also known as the youngest daughter from the Robin Williams comedy Mrs. Doubtfire.

How Did Mara Wilson make her money & wealth? 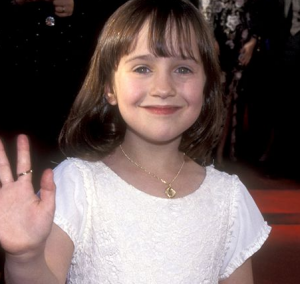 Mara was born in Burbank, California on July 24, 1987. She lived in the area with her stay-at-home mom, her father, who was a television broadcast engineer, and 4 siblings.  Mara is the oldest daughter – she has a younger sister and three older brothers. The oldest child, Danny, was also a child actor and was Mara’s inspiration for getting into the business. Her parents were resistant to the idea at first but eventually relented.

Her first roles were in commercials. She appeared in advertisements for large brands like Texaco, Bank of America, Marshall’s, and Lunchables. The casting department for Mrs. Doubtfire ended up contacting Mara in order to cast her in the film as the youngest of the three siblings. After that, she acted in Miracle on 34th Street and Melrose Place. Mara appeared on the 1995 Academy Awards alongside Tim Curry and Kathy Najimy as she sang Make ’em Laugh.

Her acting prowess ended up attracting the attention of Danny DeVito, who suggested that she be cast in the lead role in Matilda. She continued to act until 2000 when she when on a hiatus. Her last film role was an appearance in Thomas and the Magic Railroad, a film that came out in the year 2000. She was pursued by the casting department for Donnie Darko but ended up not auditioning for the role of Donnie’s younger sister.

Even though she hasn’t appeared in film in 18 years, Mara still occasionally acts on TV. She also lent her voice talents to the immensely popular Welcome to Night Vale podcast where she plays The Faceless Old Woman Who Secretly Lives in Your Home. Mara Wilson also wrote and published a book about her experience as a child actor. 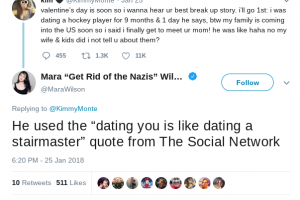 Mara Wilson is not currently married. She tends to keep her private life private. She did come out as bisexual in the wake of the Pulse nightclub shootings. However, she has not brought a new girlfriend or boyfriend into the public eye. In early 2018, she told Twitter the story of a particularly bad breakup that she experienced where her ex-used a quote from the movie about the founding of Facebook, and told her that she was too smart for him.

Mara Wilson is no longer an actress, but a published author. She makes her money from writing articles, appearing on popular podcasts, acting in stage plays, and doing comedy in NYC. Even though she has fully sworn off acting in movies, she has appeared in many episodes of various television shows.

How much money does she make per article?

It’s unknown exactly how much Mara makes per article, but many professional freelance writers make between $100 – $300 per 500-word article.

Mara’s exact location is not known, but we do know that she lives in Queens, NY.

Mara Wilson is not public with what kind of car she drives if she does, in fact, own one. She lives in Queens, NYC so it’s probable that she just uses public transportation.

Mara Wilson is an advocate for many different groups and causes, such as the LGBT community, the stigmatization of mental illness, and the sexualization of child actresses. She came out as bi in solidarity with the gay community after the horrific shooting in that nightclub in Las Vegas. She has also written articles about her experiences with grown male fans once she hit puberty, and how uncomfortable it made her feel that people were sexualizing her when she was just 13. She expressed concern for child stars of today who are going through similar things.
She is against the stigmatization of mental illness and has come out with her own experiences about the topic in an effort to shed light on the experience of dealing with it. She was on the Mental Illness Happy Hour to discuss the panic attacks, depression, anxiety, and OCD she experienced when her mother died when she was eight years old. Mara also got involved with Project UROK in 2015. The project is dedicated the helping teenagers with various mental illnesses.

She has been acknowledged for her acting skills by the Young Artist Awards, Young Star Awards, and the ShoWest Awards for her roles in A Simple Wish and Matilda. She won awards for the Best Performance in a Feature Film Leading Young Actress and Best Performance by a Young Actress in a Comedy Film. She wrote and published a book called Where Am I Now?: True Stories of Girlhood and Accidental Fame in 2016.
Share
Facebook
Twitter
Pinterest
WhatsApp
Previous articleLenny Kravitz Net Worth 2018
Next articleMekhi Phifer Net Worth 2018