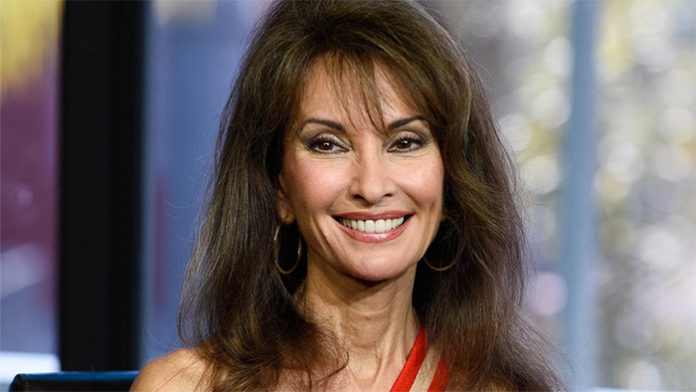 A well-known actress, Susan Lucci rose to fame for playing Erica Kane in the long-running drama series, All My Children. Some of her other credits include the television series Dallas, Hot in Cleveland, and Ebbie. Currently, she hosts a documentary series called Deadly Affairs on Investigation Discovery.

In addition to television series, she has appeared in several films over the years including Joy, Blood on Her Hands, Seduced and Betrayed, and French Silk. Later this fall, she will also be voicing one of the support characters in Ralph Breaks the Internet: Wreck-It Ralph 2.

How much did she make from her time on All My Children? How well-paid is she as a television star? How much has she earned throughout her multi-decade career? According to sources, Susan Lucci’s current net worth is around $45 million. How much of this came from the long-running drama series? Let’s have a look below.

How did Susan Lucci Make Her Money & Wealth?

Born on December 23, 1946, in Westchester County, New York, Susan Lucci was raised in Garden City, where she attended Garden City High School as a student. After graduating, she continues her studies at Marymount College; she later received a bachelor’s degree in drama in 1968. Prior to landing her breakthrough role in the early 1970’s, she played a couple of minor characters in films such as Me, Natalie and Goodbye, Columbus.

In 1970, she was cast as Erica Kane in the ABC soap opera, All My Children. Responsible for her rise to fame, the opportunity to play a lead role on television had garnered her much fame; within a few years, she had received her first Daytime Emmy Award nomination for Outstanding Lead Actress.

One of the main cast members, Lucci ultimately remained on the show for over four decades. Considering the popularity of the show, it’s not surprising to know that she eventually became the highest-paid actress in daytime television. By the early 90’s, she was said to have earned more than $1 million a year from the series.

During her time on All My Children, she also appeared in other titles (albeit in minor roles) such as The Love Boat, The Fall Guy, Dallas, Between Love and Hate, French Silk, and Hope & Faith. In the early 2010’s, she guest starred as herself in the sitcom, Hot in Cleveland. Unfortunately, it’s not known how much she was paid for these appearances.

As far as her more recent projects go, she played one of the series regular in the comedy-drama, Devious Maids from 2013 to 2016. Since 2012, she has also been hosting the documentary series, Deadly Affairs on Investigation Discovery.

In terms of film, she will be lending her voice to a character named Susan in Ralph Breaks the Internet: Wreck-It Ralph 2, which will be coming out in theatres later this fall. Her first appearance on the big screen in three years, her last film role was that of Danica in the 2015 indie movie, Joy.

Yes, she has been married to businessman Helmut Huber since 1969.

Does Susan Lucci Have Any Children?

Yes, she has two children- Liza and Andreas Huber, the former of whom is also an actress.

Did Susan Lucci Go to College?

Yes, she did. After high school, she went to Marymount College, from which she received a drama degree in 1968.

What is Susan Lucci Famous For?

Susan Lucci rose to fame as Erica Kane in the long-running daytime drama, All My Children, which ran for over four decades, from 1970 to 2011.

At this time, we do not have any information on Susan Lucci’s location, nor do we have any pictures of her abode.

What Kind of Car Does Susan Lucci Drive?

Details on Susan Lucci’s vehicle are not available.

How Much Money Did Susan Lucci Make Last Year?

At this time, we do not have any information on Susan Lucci’s annual salary.

Earlier this year, the actress made a guest appearance in the television series, Difficult People. For those who are into animated films, she will be lending her voice to a character in Ralph Breaks the Internet: Wreck-It Ralph 2, which is to come out this fall.

Want to know what the actress is up to? If so, how about giving Susan Lucci a follow online? You can find the TV star on Instagram at @TheRealSusanLucci or on Twitter at @Susan_Lucci. Don’t forget to also like her official Facebook fan page, which you can check out here.