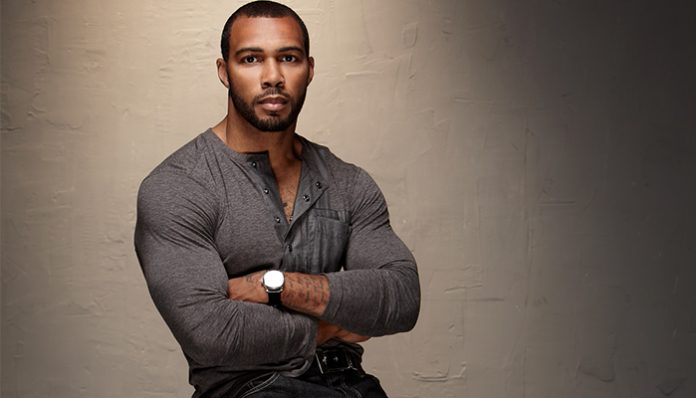 An American actor, Omari Hardwick initially rose to fame as John Hallon in the medical drama series, Saved. Since then, he has starred in several other shows such as Dark Blue, Power, and Being Mary Jane, the last of which earned him a Black Reel Award for Outstanding Actor.

In addition to television, he has worked on several films including Miracle at St. Anna, For Colored Girls, I Will Follow and Middle of Nowhere. Most recently, he appeared in Flipmode, The Runner and Shot Caller in 2017. Sometime later this year, he will be co-starring in a comedy-drama film titled, The List alongside Tiffany Haddish, Tina Sumpter, and Whoopi Goldberg.

How rich is the actor? Surely, he must have earned himself a decent fortune from the number of roles that he’s played over the years? According to various sources, Omari Hardwick has amassed a net worth of around $1.5 million as of 2018.

How did Omari Hardwick Make His Money & Wealth?

Born on January 9, 1974, in Savannah, Georgia, Omari Hardwick spent his childhood in Decatur, though he later went to high school in Atlanta. After graduating, he attended the University of Georgia on a football scholarship, where he was a star player. Despite his talent on the field, however, he had another passion- acting. Following his graduation, he continued to attend acting classes as a struggling actor. Ultimately, it wasn’t until 2004 that he received a break, after being cast in a TV film called, Sucker Free City.

A couple of years later, he received a break after being cast as one of the main protagonists in the medical drama, Saved. Though the series only lasted one season, his portrayal had caught the attention of television producers, who later offered him a role in the action thriller, Dark Blue. Praised for his performance, he eventually received a NAMIC Vision Award nomination in 2011.

After taking a short break, he returned as Andre Daniels in the BET drama series, Being Mary Jane in 2013. Critically acclaimed, his portrayal of Andre Daniels went on to earn him a Black Reel Award for Outstanding Actor the following year. Around that same time, he also starred in a holiday TV film called, A Christmas Blessing, which earned him a Black Reel Award nomination.

As far as recent projects go, Hardwick has been playing as James St. Patrick in the series, Power since 2014.

Considering his experience as an actor, it’s not unlikely that he’s paid a decent amount for his work in the above-mentioned TV series. In addition to what he makes from television, however, Hardwick has also worked on several films over the years. For instance, he has appeared in The Guardian, Miracle at St. Anna, Next Day Air, For Colored Girls, and Middle of Nowhere, among many others.

Some of his more recent film credits include Shot Caller, Sorry to Bother You, Flipmode, and The Runner.

Aside from his acting career, he is also the co-founder of the Actors Lounge at LA’s Greenway Theatre. Not only that, but he owns his own production company called Bravelife Films.

Yes, he has been married to Jennifer Pfautch since 2012.

Does Omari Hardwick Have Any Children?

Yes, he has two children with his wife.

Did Omari Hardwick Go to College?

Yes, he went to the University of Georgia on a football scholarship after completing high school. During his time there, he studied acting and poetry.

What is Omari Hardwick Famous For?

Omari Hardwick is perhaps best known for playing Ty Curtis in Dark Blue and Andre Daniels in Being Mary Jane. Last year, he also received a BET Award nomination for his portrayal in the drama-thriller, Power.

According to his Twitter account, Omari Hardwick is currently working on the TV drama, Power in New York. We do not have any pictures of his abode at this time.

What Kind of Car Does Omari Hardwick Drive?

Details on Omari Hardwick’s vehicle are not available.

How Much Money Did Omari Hardwick Make Last Year?

Unfortunately, details on Omari Hardwick’s annual earnings are unavailable at this time.

According to IMDb, Omari Hardwick will be appearing in a few upcoming films- The List, Will Gardner, and D Is for Detroit. So far this year, he has already appeared in the movies Sorry to Bother You and A Boy. A Girl. A Dream: Love on Election Night.

Want to stay connected to the actor? If so, how about following Omari Hardwick on social media? You’ll be happy to know that he’s active on both Instagram (@Omarihardwickofficial) and Twitter (@Omarihardwick). On Facebook, you can also support him by giving a like on his official fan page.