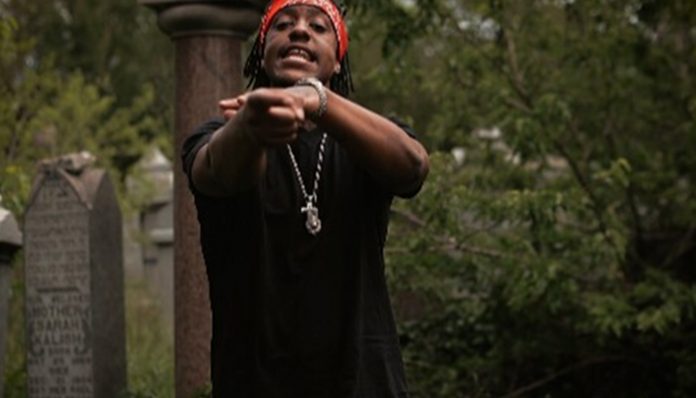 Hailing from Chicago, Rico Recklezz has released a number of hit songs such as No Talking, Hit Em Up, The Safe, and Crank Dat, among many others. In terms of multi-track projects, he’s has dropped many titles including Realer than Words, Recklezz Conduct, The Restoration, and Koolin N Hell.

In terms of collaborations, he has worked with several artists such as Lil Chris, Nicc Stacks, Lil Uzi Vert, and Lil CJ Kasino. In 2015, he also collaborated with DJ Cortez and DJ Louie V on the album, Rico Don’t Shoot Em 2: Back From Hell.

How much has he raked in from his records so far? How many streams of revenue does the twenty-something have? Aside from his musical releases, what else does he have going for him? How rich is he? To answer this question, it’s said that Rico Recklezz has amassed a net worth of $250,000 as of 2018. Where does he earn his money from? Let’s have a look below.

How did Rico Recklezz Make His Money & Wealth?

Born on June 21, 1991, in Chicago, Illinois, Rico Recklezz has been making his own music since his teens. Affiliated with Black P Stone Nation, a well-known gang in the Chicago area, he has had multiple run-ins with the law, though it hasn’t stopped him from churning out hits as a rapper. Unfortunately, we do not have any information on his early life at this time.

His first album, Recklezz Conduct was released in 2012. Since then, he has come out with several additional projects such as Realer than Wordz, Koolin N Hell, The Restoration, and Call Recklezz, all of which have received thousands of streams online. Last year alone, he dropped two albums titled, Recklezz Scissorhands and Big Recklezz.

Earlier this year, the rapper released a new album dubbed, Grand Theft Auto 6. Produced by JD On Tha Track and Prettyheartbreak, it gave rise to over dozen tracks, several of which featured artists such as Strap, Mackned, CHXPO, and KD Da Trapper. Well received by fans, it has picked up thousands of hits on streaming sites such as YouTube and SoundCloud.

In addition to his solo releases, Rico Recklezz is known for having done many collaborations. For instance, he has worked with Lil Uzi Vert, Ewol Same, DJ Arial, Lil CJ Kasino, and DJ Miltickey, to name a few. Some of these tracks include Ready and Reckless, Famous, Crank Dat, The Race 2 and 2012. In fact, his most recent single, King of the Trap, is a joint venture with Big Flex. Released on March 10, 2018, the song is available for streaming on many sites, including Spotify.

Having said all that, what contributes to his main income? Considering his line of work, it’s not surprising to know that most of his earnings come from his albums and singles. Though he doesn’t have any planned at the moment, he has also performed a number of concerts and shows in the past. Naturally, he would yield additional income from such events.

No, as far as we know, Rico Recklezz is not married. Having said that, he was in a relationship the last that we’d checked.

Does Rico Recklezz Have Any Children?

Yes, he has two young children.

Did Rico Recklezz Go to College?

No, Rico Recklezz has not gone to college.

What is Rico Recklezz Famous For?

Rico Recklezz is perhaps best known for his hit songs Hit Em Up, No Talking, and Crank Dat, all of which have been streamed tens of thousands of times online.

According to his official Twitter bio, the rapper currently lives in Chicago. Unfortunately, we do not have any further details on his abode at this time, nor do we have any pictures to share.

What Kind of Car Does Rico Recklezz Drive?

Details on Rico Recklezz’s vehicle are not available.

How Much Money Did Rico Recklezz Make Last Year?

At this time, we do not have any information on Rico Recklezz’s annual salary.

As mentioned earlier, the rapper released a new collaboration titled, King of the Trap with Big Flex in January 2018. In addition to that, he has also landed features in the songs Bite Me, Keys, Ready and Reckless and The Race 2, all of which are well received by fans.

What’s the rapper up to? Want to stay connected to the artist? If so, why not give him a follow on social media? You can find Rico Recklezz on Twitter at @Rico_Recklezz and on Instagram at @RicoRecklezz075. On Facebook, you can also check out his official fan page for the latest news and announcements.