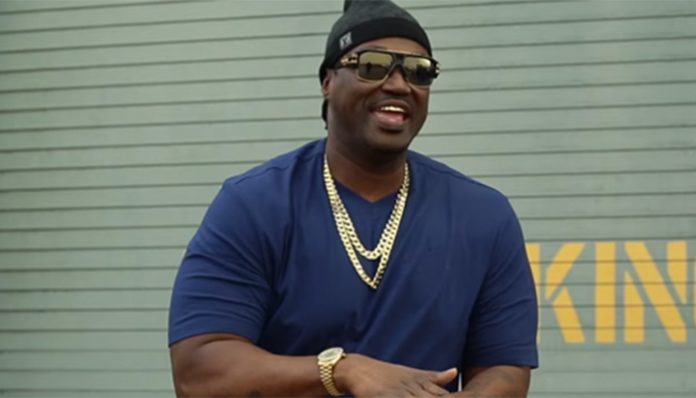 A Memphis rapper, Project Pat has been recording music since the early 90’s. Initially known for his appearances in Juicy J’s work, he later launched a solo career with the release of his debut album, Ghetty Green in 1999.

Since then, he has come out with several other titles including Latin’ da Smack Down, Real Recognize Real, Walin’ Bank Roll, and Loud Pack, most of which charted on the Billboard 200. His most recent studio album, M.O.B. came out in the fall of 2017. Not only that, but he also dropped two new mixtapes, Real Gz Make Gz and Cheez N Dope 4 last year.

How much has he brought home as a rap artist? How rewarding has his career been? What kind of money does he make from his albums and singles? According to various sources, Project Pat’s current net worth is said to be around $13 million.

How did Project Pat Make His Money & Wealth?

Born on February 8, 1973, in Memphis Tennessee, Project Pat is the older brother of award-winning rapper, Juicy J. Prior to the launch of his solo career, he often appeared in the former’s work; at one point, he even became an official member of his hip-hop group, Three 6 Mafia. His debut album, Ghetty Green eventually came out in 1999.

Though a decent success, it wasn’t until he released his second album, Mista Don’t Play: Everythangs Workin’ in 2001, that he started to gain mainstream attention. Featuring guest vocals from Three 6 Mafia, Crunchy Black, Juicy J, and DC Paul, among a few others, it reached as high as number four on the Billboard 200. Not only that but the album eventually also received gold accreditation from the RIAA. Some highlights from the track listing include Don’t Save Her, Chickenhead, and Be a G.

By the end of the 2000’s, Project Pat had successfully established himself in the rap scene with four additional albums to his name- Real Recognize Real, Walkin’ Bank Roll, Layin’ da Smack Down, and Crook by da Book: The Fed Story. Not only that, but he’d dropped a number of mixtapes such as What Cha Starin At? Mix Tape: The Appeal, and Gangsta Grillz.

Continuing with his career, he has put together a few albums over the past few years. For instance, he issued Mista Don’t Play 2: Everythangs Money in 2015, which reached number 43 on the Top R&B Music Albums chart. Since then, he has also released a studio album titled, M.O.B., as well as two mixtapes, Cheez N Dope 4 and Real Gz Make Gz, all of which came out last year.

As you can expect, the majority of his current wealth comes from his success as a recording artist. On top of what he’s pulled in from his record sales, he’s also banked a considerable amount from performing shows and concerts throughout the year. Speaking of which, he actually has two performances planned for later this summer in Virginia and Georgia. For more details on the events, you can visit his official Facebook page.

No, as far as we know, Project Pat is not married. In fact, not much is known about his dating life.

Does Project Pat Have Any Children?

No, as far as we know, Project Pat does not have any children.

Did Project Pat Go to College?

No, as far as we know, Project Pat has not continued his education at college. Instead, he opted to pursue music full-time.

What is Project Pat Famous For?

At this time, we do not have any information on Project Pat’s location.

What Kind of Car Does Project Pat Drive?

Details on Project Pat’s vehicle are not available.

How Much Money Did Project Pat Make Last Year?

At this time, we do not have any information on Project Pat’s annual salary.

Last fall, Project Pat released his latest studio album, M.O.B. Not only that, but he came out with two new mixtapes, Cheez N Dope 4 and Real Gz Make Gaz (with Big Trill), both of which were made available as digital downloads.

What’s Project Pat up to? If you’re curious, why not follow the rapper on social media? You can find him at @ProjectPatHcp on Twitter and at @RealProjectPat on Instagram. For the latest news and announcement, you can also drop by his official Facebook fan page.