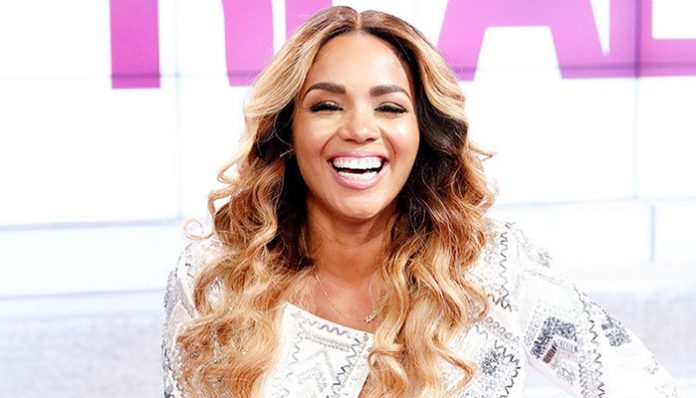 An Atlanta rapper, Rasheeda Frost initially gained attention as a member of the hip-hop trio, Da Kaperz toward the end of the 90’s. As a solo music artist, she has released several records including the albums Dirty South, Dat Type of Gurl, Certified Hot Chick, and GA Peach. With that said, she hasn’t come out with any new music since 2012.

Instead, she has shifted her attention toward other projects- for instance, she has been starring in VH1’s reality series, Love & Hip Hop: Atlanta since 2012. A rapper turned entrepreneur, she also has her own line of apparel, makeup, and cosmetics.

As a music artist, how successful was she? What were some of her biggest hits? How much is she paid for her television appearances? How well-off is she? To answer this question, it’s said that Rasheeda Frost’s current net worth sits at around $2 million. Below, we’ll be going over some of her career highlights.

How did Rasheeda Frost Make Her Money?

Born and raised in Illinois, Rasheeda Frost launched her music career as a member of Da Kapers, a hip-hop group that she’d formed with a couple of friends. After a few years of activity together; they disbanded. From there, she chose to pursue a solo music career, having signed to De-Lo Entertainment. Her debut album, Dirty South was released in the spring of 2001.

By the end of the decade, she had come out with three additional albums titled, Certified Hot Chick, Dat Type of Gurl and GA Peach. Decent successes, they gave rise to a number of singles including Boss Chick, Let It Go, Marry Me, and Georgia Peach, a few of which reached the US music charts.

In addition to the four studio albums that she has to her name, Rasheeda has also dropped a good amount of mixtapes over the years, some of which include Ground Breaker, Boss Bitch Music, and Certified.

As successful as her music career was, however, she hasn’t released any new material since the early 2010’s. Instead, it would appear that she’s shifted her focus to television. Since 2012, she has been starring in VH1’s Love & Hip Hop: Atlanta reality series. A popular series that centers around several R&B musicians, it’s said that Rasheeda makes $25,000 per episode as one of the main cast members. Considering the fact that she’s been on the show for six years and counting, it’s obvious that the series has contributed a significant amount to her overall income.

Aside from Love & Hip Hop: Atlanta, Rasheeda has also appeared in the shows Kandi’s Wedding, Rosewood, and Love & Hip Hop Live: The Wedding. Earlier this year, she even made a guest appearance in Love & Hip Hop.

In addition to her music and television career, Rasheeda has also found success as an entrepreneur. Not only does she have her own line of apparel, makeup, and accessories, but she has a store named Pressed Boutique in Atlanta, which opened its doors in 2015.

Yes, she has been married to Kirk Frost since 1999.

Does Rasheeda Frost Have Any Children?

Did Rasheeda Frost Go to College?

No, Rasheeda Frost has not pursued further education at college.

What is Rasheeda Frost Famous For?

Rasheeda initially rose to fame for her R&B albums in the early 2000’s. Today, she is perhaps best known as one of the main cast members on Love & Hip Hop: Atlanta, a reality series that she’s been starring in since 2012.

Rasheeda currently lives in Atlanta with her family. Further details are unavailable at this time.

What Kind of Vehicle Does Rasheeda Frost Drive?

At this time, we do not have this information available.

How Much Money Did Rasheeda Frost Make Last Year?

As you probably already know, Rasheeda Frost currently stars in the seventh season of Love and Hip Hop, which premiered in March 2018.

Some of the other television programs that she’s been featured in recently include The Real, Love & Hip Hop, and Dish Nation.

What’s the reality star up to nowadays? If you want to show your support, why not follow Rasheeda Frost online? You can find her on Twitter and Instagram under the username @Rasheeda. On Facebook, you can also join many others in liking her fan page, which you can check out here.