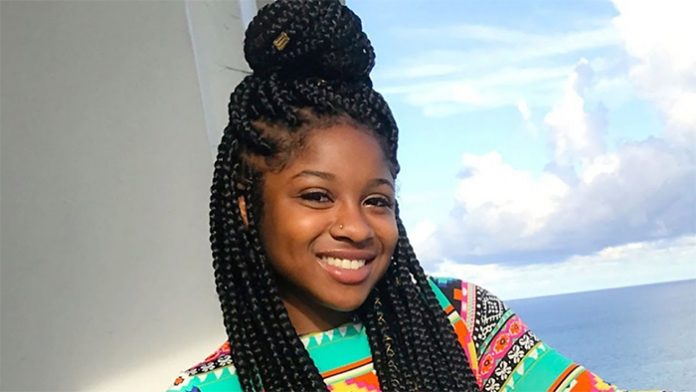 The daughter of hip-hop star Lil Wayne, Reginae Carter has been making a name for herself as an R&B artist in the recent years. A former member of the girl group OMG, she has since embarked on a solo music career. As of 2018, she has several songs to her name such as Daddy’s Little Girl, and Mind Goin’ Crazy.

In addition to her music career, the teen is also phenomenon on YouTube, where she has over 51,000 subscribers. Combined, she has nearly one million fans across her social media accounts. If you haven’t already done so, be sure to give her a follow!

How much has she earned from her musical releases so far? How successful of a hip-hop artist is she? According to various sources, Reginae Carter has amassed a net worth of around $2 million as of 2018. Where did the bulk of this money come from? We will be discussing her career in more detail below.

How did Reginae Carter Make Her Money & Wealth?

Born on November 29, 1998, in Louisiana, Reginae Carter is the daughter of Lil Wayne, and Antonia Carter, the former of whom is a well-known rapper. One of five children, she has four siblings named Neal, Dwayne, Reign Ryan, and Cameron. Having inherited his father’s love for music, she began singing at a young age.

Before she embarked on a solo music career, she was a member of an all-girl group called OMG. Having said that, she only stayed for a brief period; to be more specific, she had left not long after the release of their debut single, Ain’t Nobody in 2010.

Four years later, she released her debut single, Mind Goin’ Crazy through her father’s music label, Young Money Entertainment. Accompanied by an official music video, it quickly took off, with thousands of streams online. Her most successful release to date, it has since picked up more than 2.5 million views on YouTube.

Since then, she has come out with a few other songs including Daddy’s Little Girl, Famous Carter V, and Famous, two of which are collaborations with Lil Wayne. The last that we’d checked, the singer was working on her first album, Becoming Reginae.

Despite her newcomer status, the young rapper has already made it known that she has what it takes to rise to the top in the hip-hop world. Out of all the singles that she’s released so far, it’s probably safe to say that she has earned the most from her debut effort, Mind Goin’ Crazy. As her popularity continues to rise (given that she continues to release new music), it’s likely that she’ll gain more opportunities (e.g. concerts, shows, events, tours) to grow her net worth.

Over the past several years, she has also appeared on television a few times- for instance, she was featured in The Wendy Williams Show in 2015. Previously, she also made an appearance in the 2009 documentary, The Carter.

As far as other projects go, she and her mother co-wrote a book together titled, You Just Don’t Get It which was released last fall.

No, she is not married. For the past year, however, she has been dating the fellow rapper, YFN Lucci, who is eight years her senior. Prior to that, she was in a relationship with Joshua Brown from 2014 to 2017.

Does Reginae Carter Have Any Children?

No, Reginae Carter does not have any children that we know of.

Did Reginae Carter Go to College?

No, Reginae Carter has not gone to college, as far as we know.

What is Reginae Carter Famous For?

Reginae Carter is perhaps best known for being the daughter of Lil Wayne. In the recent years, she has also made herself known as a rap artist.

Unfortunately, we do not have any information on Reginae Carter’s location at this time, nor do we have any photos of her abode.

What Kind of Car Does Reginae Carter Drive?

Details on Reginae Carter’s vehicle are not available.

How Much Money Did Reginae Carter Make Last Year?

At this time, we do not have any information on Reginae Carter’s annual salary.

As mentioned earlier, the rap artist recently co-authored a book titled You Just Don’t Get It with her mother, which was released in stores on October 26, 2017.

Want to keep up with her recent activities, if so, you’ll be happy to know that she’s active on social media. You can find Reginae Carter on Instagram at @Colormenae or on Twitter at @Reginae_Carter1. On Facebook, you can also leave her a “like” on her official fan page here.