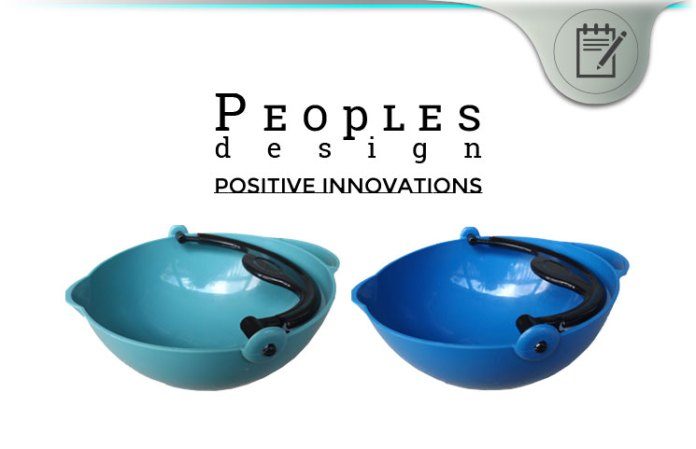 Tyler Peoples lives with his wife, Cassie, and his son, Josiah, in Colorado Springs, Colorado. When he was born, his mother suffered a stroke and the doctors told her that Tyler was unlikely to survive. This left him deaf until the age of 3. He’s overcome all of that now. Growing up, his great-grandma taught him how to cook and he got his first job as a grill cook at a teenager. He worked his way up until he was an executive chef at the best restaurant in town, and he loved it. But he felt a calling to feed people who were truly hungry so he left the fancy restaurant life and went to work at the Springs Rescue Mission, a homeless shelter in the community.

After all those hours in the kitchen, he knew there was a product that he wished he had so he started it himself. He’s overcome a lot since his young age, and this is the thing that has helped him to not be afraid to fail. He knows his product will become a go-to kitchen gadget, and with the help of a Shark, things could be huge. So, Tyler has come to the Shark Tank to find an investor in his company, Peoples Design.

Tyler is the founder of Peoples Design. He is seeking $75,000 in exchange for 25% equity in his company. Peoples Design is a company dedicated to positive innovation. Today, he is here to show the Sharks the Scooping Bowl. This bowl will be the Sharks’ go-to kitchen gadget. Its unique and innovative design will leave the sharks wondering, “why didn’t I think of that?” Tyler demonstrates all the bowls that a person can use – a bowl for salsa, a bowl to mix the batter, a rubber spatula, a colander, an egg separator. The entire thing is a mess, and you’ll be doing dishes all night.

Tyler knows what the Sharks are thinking, and there is indeed a better way. The Scooping Bowl will save you time, space, and money. The scooping bowl is an odd-shaped bowl with a plastic handle that seems like it has more functionality than just holding. Tyler demonstrates – everyone loves healthy and delicious snacks, right? Take your favorite fruits and vegetables and pop them in. The blade holds the food back. Tyler then pours water in to soak and wash the vegetables, then pours the water out.

The blade handle holds the fruit back while allowing the water to pour out, resulting in clean water. The same bowl washes, strains, and soaks. Mark laughs and loves the presentation. There is more, however. The silicone blade also wipes out the inside of the bowl, wiping it dry. There is also an egg separator – instead of breaking out two bowls, crack the egg into the bowl and pour the egg white through.

Tyler continues to demonstrate, mixing together pancake batter in the bowl. In one smooth motion, the scooping bowl gets all the expensive ingredients right out. The silicone blade pushes out all of the remaining batter left in the bowl. The Sharks watch, and you can visibly see the mechanics of the bowl start to click in their heads – they know exactly what they’re looking at now. Tyler then distributes samples to each of the Sharks, who begin to play with the silicone blade immediately.

Tyler worked at all sorts of fancy restaurants and cooked for thousands of people in fine dining. He worked his way up and was the head chef at a great restaurant in town. He had it in his heart to do more, so he left his job and went to work at the local rescue mission. Lori asked what happened and how Tyler thought of this. He deals with bowls and spatulas many, many times in a day. He struggles and it’s annoying and it’s a mess, and there has to be a better way. Rather than wait for someone to make the dream real, Tyler took initiative and made it happen.

Robert asks where Tyler is in the product cycle, and Tyler explains that he is well past the prototype phase. He found a manufacturer and filed a utility patent. Each unit costs $5.80 to produce, and he sells it for $24.95. He has sold 200 units to date, and all of the Sharks seem deflated by this answer. This is not a great number, and all of his sales have been through trade shows and gadget expos. The idea sells best when people see it in action.

In a store, you wouldn’t know what the bowl does. Robert asks why Tyler would leave a great restaurant to go work at a mission. Mark answers for him, saying that he has a higher goal. Tyler has always wanted to feed people, not just ones who were hungry for food but hungry for opportunity. He doesn’t know how many thousands of people he’s fed, but they weren’t hungry. At this shelter, they serve over 150,000 meals to the public which is free of charge. One way to recoup the money is by running a catering business, which employs men who have graduated the addiction-recovery program. He helps to find the mission.

Lori says that she wants to take a flier and thinks that the bowl is smart. It’s a better mousetrap and a great gadget to have in the kitchen. Lori extends an offer of $75,000 in exchange for 33 and a third percent, which would leave Tyler owning 66 and a third percent. Lori can get the product into Bed Bath and Beyond, QVC, and more. She can get it everywhere. However, he needs to say yes right now.

Mark speaks up, saying that his favorite utensil in the kitchen is the phone so he can call up salad delivery. Mark is the first Shark out of the deal, and with good reason behind it. Robert is also out of the deal. Daymond feels that there are too many gadgets, so people will never buy it and use it, even though the idea does work. He’s also out. Kevin is the last Shark to speak up. He feels that Tyler should accept that deal without spending any more time in the Shark Tank.

Tyler thinks for a moment, then asks Lori if she would consider a royalty deal. Mark cringes. Lori, however, is curious to hear more. Tyler is thinking of a royalty deal in the range of $1 per bowl. He knows it’s a valuable product and that people will buy it when they see it. A partnership with Lori is priceless. The thing that scares Lori, however, is that when she first started, she would have to go into JCPenney. She would demonstrate her earring organizer and sell a hundred a day. Tyler, however, has only sold 200 in all of the trade shows that he has done so far. She is definitely taking a risk and has years and years of experience selling so many products. 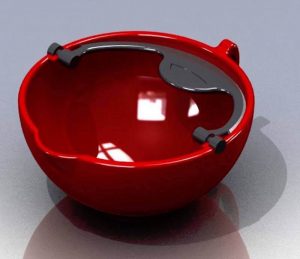 The reason she wants a third of the business is that she knows the risk and the work involved. She has a built-in audience that trusts her and knows her, but marketing the bowl will take a lot of work from her and her team. However, she is confident that she can get the bowl to all the places that she previously mentioned. She is only asking for 8% more equity, but the thing is that Tyler should answer her right now. She knows her value, and as a slight reminder, she makes millionaires. That’s actually her entire career.

Lori’s offer of $75,000 in exchange for 33 and a third percent still stands. Tyler nervously glances around the room as Kevin urges him to take the deal. Tyler accepts after a moment’s hesitation. Mark dryly remarks that the deal was not quite the fastest deal, but one of the better ones.

Brick and mortar retailers, such as Bed Bath and Beyond (where Lori was positive that she could place the product) do not seem to be carrying the scooping bowl. The Facebook page for the scooping bowl has been silent, and the last time the Twitter page updated was in May of 2017.

Despite the complete silence from Lori and Tyler on the scooping bowl, I was able to find a product listing page on QVC for a “Squeebie Bowl.” This page does not have any pictures or images just yet but does refer to Tyler’s appearance on Shark Tank and Lori’s subsequent investment in Peoples Design. It is possible that the scooping bowl may be undergoing a design change or additional patents, but the scooping bowl that premiered on Shark Tank is currently unavailable to the general public.