What Happened to Charles Krauthammer? – 2018 Update 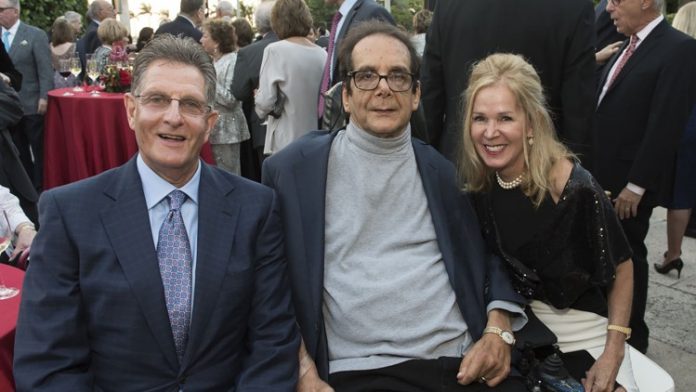 Author, Fox News contributor, and inspiration to those who believe that disability cannot hold back brilliance, Charles Krauthammer was a favored media presenter to the American people for quite some time. However, recently Charles Krauthammer has disappeared from the limelight, and people are wondering where he has gone. Here, we will take a look at what happened to Charles Krauthammer, and where he is now.

At the time of this article in 2018, Charles Krauthammer is recovering from an unnamed medical procedure which included multiple complications back in the summer of 2017. In a letter written to fans and read by Bret Baier, Krauthammer said that progress was slow but good, and he can’t wait to get back behind a desk so that his coworkers “don’t have all the fun”. Considering his previous medical issues and his work ethic after their occurrences, there is little doubt that Charles Krauthammer will be returning to his work in short order.

To say that the story of Charles Krauthammer is interesting is similar to saying that the Pacific Ocean is a little wet. Born on March 13, 1950, in New York City, New York, to a Ukrainian man and a Belgian woman, Krauthammer would be raised speaking primarily French. In his elementary education, he would go to a Jewish Orthodox school, where he exceeded in his studies. Krauthammer first started his professional education at McGill University in Montreal, Quebec, Canada where he would receive a Bachelor of Arts Degree in Political Science. During this time, while considering a career in politics and considering himself rather progressive, he would rescind such notions quickly as he would witness, according to him, a great deal of radicalism within the school where he would instead see himself as a moderate, straddling the line of politics for pragmatic solutions.

After this, he would get a postgraduate degree in Politics (one of only 200 awarded that year) at Balliol College in Oxford, England. It should be noted that this college had educated 3 previous Prime Ministers of the UK, a King of Norway, and 5 Nobel laureates. After this graduation, he would finish up his professional educational career at Harvard Medical School, where he would become a psychiatrist. During the first year of his medical school education, a terrible accident would occur. In July 1972, while attending classes at the University (ironically, a specific Neurology lecture to do with the spine) he would go with a friend to the pool. While diving into the pool, Charles Krauthammer would end up hitting his head and crushing his C5 vertebrae, which would leave him paralyzed. Due to the nature of the injury, at the time he fully believed that this would be his end, but instead would go to the hospital (alongside two of his textbooks “Anatomy of the Spinal Cord” and another text by the name of “Man’s Fate”. After a 14 month recovery, Krauthammer would graduate near the top of his class, and would later help form one of the seminal texts of the Psychiatric field, the Diagnostic and Statistical Manual of Mental Disorders’ third edition.

While still working as a physician, he would keep an interest in political literature and even wrote award-winning articles in The New Republic, a historically left-leaning magazine, which would aid him in continuing a career in politics after he decided to leave the medical practice. In 1983 Krauthammer would work for Time magazine from time to time as a contributor, and in 1985 he would work for the Washington Post where Krauthammer would win the Pulitzer Prize two years later. In the following decades, he would work for PBS as a political commentator and expert before being picked up by Fox News as a major contributor. Having written over 400 published articles, he has been noted as one of the most important columnists of his time, and one of the very few people alive to have received an apology from the White House as a result of being admonished for correctly asserting that a bust of Winston Churchill had been returned early in the Obama Administration. As for his personal life, currently, Krauthammer has been married to his wife Robyn (who herself is an accomplished lawyer and artist) and has one son by the name of Daniel. Whether seen as a liberal or conservative pundit, it’s been clear that Charles Krauthammer has been a survivor of hardship and administrations, and will continue to be one for quite some time.