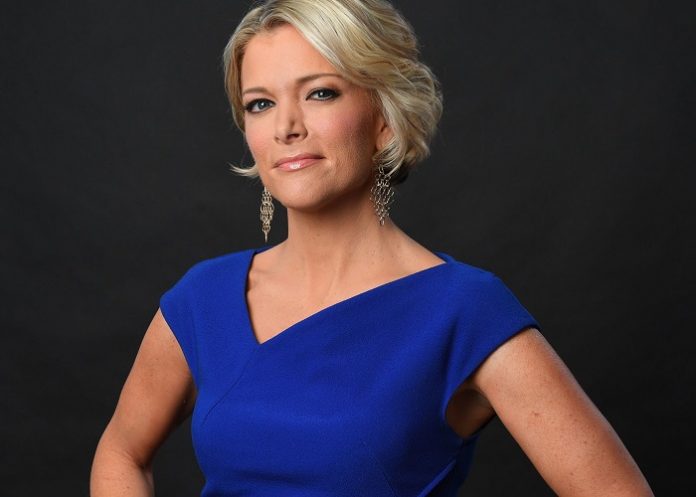 Megyn Kelly is a journalist, news anchor, and political commentator, who become a familiar face on TV during her fourteen years with Fox News. During her time there she hosted America Live, The Kelly File, and worked on several other Fox News shows, such as The O’Reilly Factor, On the Record and Weekend Live.

Megyn, who is a former corporate attorney, built a reputation as a hard-hitting interviewer who often pulled no punches and was not afraid to ask the difficult questions of her guests, but in 2017 she surprised everyone by moving to NBC with a lucrative new contract, but so far she doesn’t seem to be enjoying the same popularity she experienced with Fox. So what’s happening with Megyn Kelly now in 2018? And what does the future hold for her with her new network? Read on to find out.

Megyn Marie Kelly was born on November 18th, 1970 in Champaign, Illinois. Her father Edward was a lecturer at the State University of New York at Albany but died when Kelly was aged just 15. Kelly was brought up as a Roman Catholic and went to Bethlehem Central High School in Delmar, a suburb of Albany. She later went to Syracuse University and graduated with a degree in political science in 1992.

Kelly began her career as an associate attorney for the Chicago-based law firm Bickel & Brewer and later joined the largest law firm in the United States, Jones Day, where she worked for nine years for corporate clients such as Experian. In 2003 Kelly was offered a job as a general assignment reporter by ABC affiliate WJLA-TV, and she moved to Washington D.C. where she covered several important local and national stories, including the presidential election the following year.

In late 2004 Kelly moved to Fox News, at first appearing on segments dealing with legal issues. She would appear in legal features on the Special Report with Brit Hume and hosted a legal feature, Kelly’s Court, as a segment of Weekend Live. Kelly also appeared on The O’Reilly Factor regularly and would on occasion host On the Record in place of Grace Van Susteren. Kelly usually covered the law and legal issues, where her knowledge and experience of the subject appealed to viewers, but she also became known for her no-nonsense reporting of political issues. In 2010 Kelly was given her own show, America Live, a two-hour-long afternoon slot that regularly achieved impressive viewing figures and was particularly popular with the 25-54 age demographic.

After a break hosting America Live in 2013 for the birth of her son, Thatcher, Kelly returned to Fox News in October of that year to host The Kelly File, which has at times succeeded in winning the highest ratings for any of the Fox News channel shows, but occasionally Kelly’s opinions have caused controversy. In December 2013 Kelly said ‘For all you kids watching at home, Santa is white’, which drew a backlash from the media and satirical comebacks from comedians such as Stephen Colbert and Jon Stewart, and in a Republican Party presidential debate in August 2015 she queried whether Donald Trump’s temperament was suitable for presidential office, which caused a variety of strong reactions from the media, and criticism of Megyn’s professionalism from Donald Trump himself.

In July 2016, with only months left on her contract, Fox News CEO Roger Ailes faced several allegations of sexual harassment, and according to New York Mag, Megyn Kelly soon joined the chorus of voices claiming that she personally had experienced her boss acting inappropriately. Roger Ailes was dismissed from Fox and went on to work for the Donald Trump campaign until his death the following year, but Megyn Kelly was also off to pastures new. In January 2017 The New York Times announced that Megyn was making a surprise move to NBC, and after the final episode of The Kelly File on January 6th 2017, she began preparing for a new show with NBC called Sunday Night with Megyn Kelly.

Kelly was still under contract with Fox until June 2017, and unable to begin working for a competitor until the contract ended, but when her new show was launched, on June 4th, 2017, her first guest was Russian president Vladimir Putin. Her first guest may have been impressive, but Megyn’s performance was less well-received by critics, many of whom considered that she was well outside of her comfort zone. That first episode won just over 6 million viewers, but by the time Kelly interviewed conspiracy theorist Alex Jones in June 2017, the audience had dwindled to just over 3.5 million. Megyn received considerable criticism for giving Jones, who claims that the Sandy Hook Elementary School massacre of 2012 was faked by the US Government, a platform. Jones also claimed that Megyn and NBC had ‘distorted’ his comments on the show, but Megyn defended the decision to have Alex Jones as a guest, remarking that by ‘shining a light’ on Alex and his claims, she was able to ‘discuss the falsehoods he promoted to near impunity’.

Sunday Night with Megyn Kelly was taken from its regular weekly slot in light of the poor viewing figures, but NBC justified the $23 million a year they are reported to be paying Megyn with Megyn Kelly Today, the final hour-long segment on the NBC national morning show ‘Today’. Megyn Kelly Today premièred on September 25th, 2017, but on her second NBC show, Megyn is still failing to connect with viewers in the same way she did during her long career with Fox. Although Megyn Kelly is attempting to convey a softer side to her personality, she is clearly out of her comfort zone, and the result is poor viewing figures, and critics who have described her on-screen persona as ‘Chilly’ and ‘awkward’. Megyn has also been criticised for her interview with Jane Fonda in which she asked several probing on-air questions about Fonda’s plastic surgery.

Since the controversy over her interrogation of Jane Fonda, many other celebrities appear to be avoiding Megyn Kelly’s new show, and with viewing figures of less than 2.5 million on average, far less than half the audience of the show’s biggest rival, Disney’s Live with Kelly & Ryan, Megyn’s future with NBC seems to be rocky, unless she can settle into her new, ‘softer’ role, and connect with her new NBC audience in the same way that she did with Fox viewers in the past.