What Happened to Misty May-Treanor? – 2018 Update 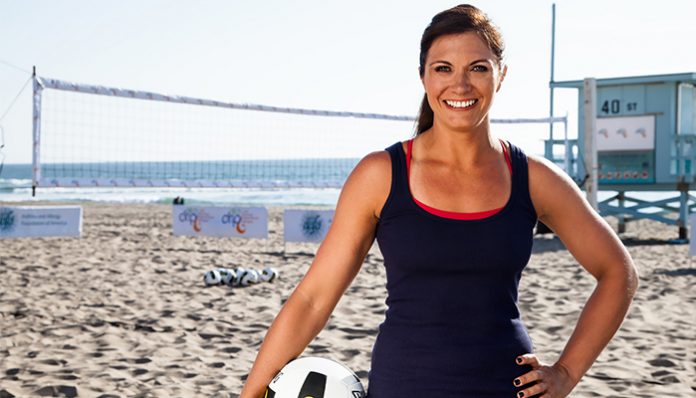 Hailing from Los Angeles, Misty May-Treanor won three Olympic Gold Medals during her professional beach volleyball career. Considered one of the most successful female players in the country, she had amassed well over 100 individual wins by the time she retired from the sport in 2012.

Has she played volleyball since? What has she been up to in the recent years? Has she made any public appearances lately? Hopefully, we’ll be able to answer some of these questions below.

What Happened to Misty May-Treanor? 2018 Update

After winning her third Olympic gold medal at the 2012 Summer Games in London, it was announced that she would be retiring from competitive play. Still, many fans held onto the hope that she would one day return to the court- to their dismay, however, it was later confirmed that she has no aspirations of returning to the sport. Instead, she plans on focusing on “mastering the life of a retiree.”

So, what has she been up to in the recent years? For one thing, she recently gave birth to a pair of twins last November. A mother of three, it’s understandable that she would want to spend more time with her family these months.

Still, that didn’t stop her from being appointed as the co-chair of President Trump’s Sports, Fitness and Nutrition Council earlier this month. Considering her accomplishments in volleyball, it’s not surprising to know that landed herself the position- one that she shares with the former professional football player, Herschel Walker and former pro baseball pitcher, Mariano Rivera.

Established in the 1940’s, the President’s Council on Sports, Fitness and Nutrition’s goal is to “promote, and motivate Americans of all ages to participate in sports.” In the past, the PCFSN has seen many other athletes in the position such as Dominique Dawes and Drew Brees.

As far as television appearances go, she hasn’t appeared since Whose Line Is It Anyway? in 2016 (presumably due to her recent pregnancy). With that said, it seems that she’ll be featured in an upcoming sports program titled, AVP Pro Beach Volleyball later this year, according to IMDb.

Born on July 30, 1977, in Los Angeles, California, Misty May-Treanor is the daughter of Butch May, a former member of the U.S. national volleyball team. Growing up, she participated in several sports including dance, tennis, and soccer. By the time she entered high school, however, she had chosen to specialize in volleyball. At the age of sixteen, she was named “One of the Best High School Volleyball Players in the Country” by USA Today.

After graduating high school, she went to California State University, where she played for the Long Beach State 49ers. Within three years, she was made the captain of the team. Following her college graduation, she joined the US Women’s National Volleyball Team. Not long afterward, she quit launching a beach volleyball career with Holly McPeak.

Together, the pair eventually made their Olympic debut at the 2000 Summer Games in Sydney. Despite their best efforts, however, they missed a podium with a fifth-place finish. Ultimately, it wasn’t until 2004, that she won her first Olympic gold medal with a new partner, Kerri Walsh; interestingly enough, the duo had finished first after defeating her former partner, Holly McPeak at the games.

Four years later, they returned for a chance to win another gold at the 2008 Summer Olympic Games in Beijing. A successful venture, they ultimately defended their title, after winning against the Chinese team. From there, the pair won against fellow Americans Jennifer Kessy and April Ross for their third gold medal at the 2012 Summer Olympics.

Shortly after their victory, it was announced that May-Treanor would be retiring from competitive beach volleyball. Though many fans initially held onto the hope that she would one day make a comeback, she later confirmed that she has no intention of returning to competition.

Since her retirement, she and her husband Matt Treanor, has welcomed three children- Malia Barbara (b. 2014) and twins Mia Kanoelani and Male Alizarin (b. 2017). Considering how much their family has grown in the recent years, it’s not surprising that she hasn’t been in the spotlight as of yet- obviously, it only makes sense that she would want to spend more time with her loved ones.

Having said that, she recently came back into the picture after President Donald Trump announced that she would be appointing her as one of the co-chairs for the President’s Council on Sports, Fitness, and Nutrition, a government organization that strives to “promote and encourage Americans of all age to participate in sports.”

As far as television appearances go, it looks like she will be appearing in an upcoming sports program titled, AVP Pro Beach Volleyball, according to IMDb. Her first TV project in two years, she last appeared on Whose Line Is It Anyway? back in 2016.