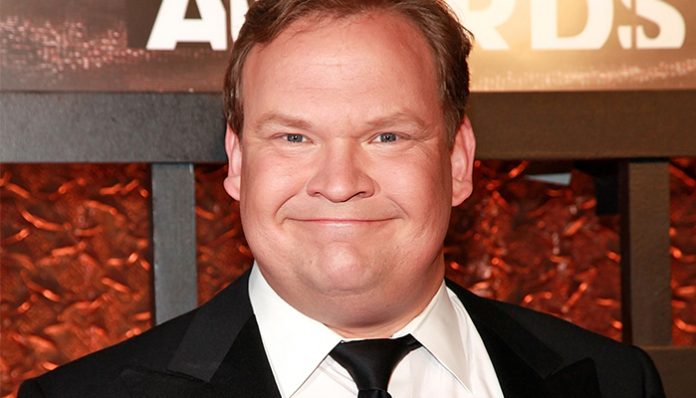 A well-known comedian, Andy Richter is perhaps best known as Conan O’Brien’s sidekick on Conan and The Tonight Show with Conan O’Brien. Not only does he often appear in his comedy sketches, but also works as a writer and announcer on his shows.

In addition to his comedy work, he has also acted in many television series and films. For instance, he has worked on The Penguins of Madagascar, Quintuplets, and Santa Clarita Diet, to name a few. At one point in the early 2000’s, he even had his own sitcom on Fox called Andy Richter Controls the Universe!

How well-paid is the television personality? For one thing, how much has he earned from his work with Conan O’Brien? How wealthy is he? According to the information that we could find online, Andy Richter’s current net worth stands at around $15 million. Since we’re here, let’s take a look at where most of this money came from.

How did Andy Richter Make His Money & Wealth?

Born on October 28, 1966, in Grand Rapids, Michigan, Andy Richter grew up in Yorkville, Illinois, where he went to Yorkville High School as a teen. After graduating, he went to Columbia College Chicago, where he studied film. Ultimately, it was while he was there that he learned the basics of writing and comedic acting. Upon finishing his bachelor’s, he moved to Columbia, where he worked as a production assistant.

Later in the early 90’s, he was hired as a writer for the show Late Night with Conan O’Brien. After just a few weeks, however, he was upgraded to Conan’s sidekick, after it became clear that the two had a strong rapport. In the end, Richter was on the show for seven years; by the time he left in 2000, he had appeared in well over 1,200 episodes.

After leaving his post, he acted in numerous films and television series such as Quintuplets and Andy Barker P.I., the latter of which was produced by Conan O’Brien. At one point, he even had his own sitcom, Andy Richter Controls the Universe on Fox.

Premiered in 2010, the talk show is currently in its eighth season. In fact, TBS had recently renewed it for another five years. Considering everything, it’s likely that Richter will remain as the co-host until then.

In addition to his work on television, Richter has appeared in many motion pictures over the years such as New York Minute, Scary Movie 2, Blades of Glory, and Cabin Boy. Mossed recently, he played a supporting role in the 2017 comedy film, Girlfriend’s Day.

As far as voice-acting roles go, he has also lent his voice to many characters- perhaps the most notable is that of Mort in the Madagascar franchise. Some of the other animated series that he’s worked on include American Dad!, Sky Rat, Bob Burgers, The Stinky & Dirty Show, and All Hail King Julien, to name a few.

Yes, Andy Richter has been married to actress Sarah There since 1994.

Does Andy Richter Have Any Children?

Did Andy Richter Go to College?

Yes, he did. A few years out of high school, he went to Columbia College Chicago, where he studied film.

What is Andy Richter Famous For?

According to his Twitter bio, Andy Richter currently resides in Burbank, California, with his family. Unfortunately, further details on his abode are not available at this time.

What Kind of Vehicle Does Andy Richter Drive?

We do not have any information on Andy Richter’s vehicle at this time.

How Much Money Did Andy Richter Make Last Year?

Information on Andy Richter’s 2017 earnings is not available.

Aside from co-hosting Conan, which is currently on its eighth season, some of his other recent projects include Animals, Final Space, and Girlfriend’s Day. Earlier this year, he also lent his voice to the animated series Big Hero 6: The Series.

What’s the TV host up to? If you’re a fan, how about following Andy Richter on social media? You can find him on Twitter at @AndyRichter. On Facebook, you can also check out his official fan page for the latest news and announcements!