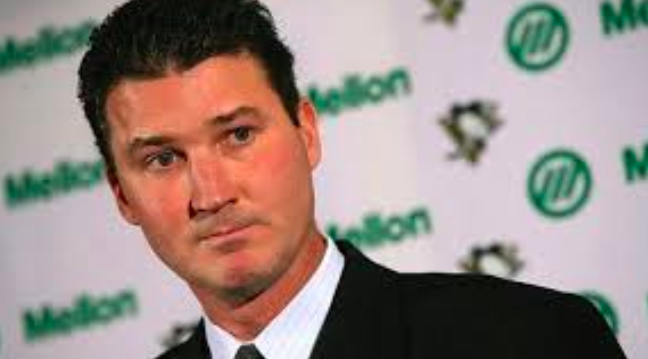 A former ice hockey player, Mario Lemieux is best known for his professional career with the Pittsburgh Penguins. Nicknamed “The Magnificent One,” he is often regarded as one of the best players of all time. Not only was he a fast skater, but he often defeated defencemen with dekes and fakes. Today, he is the owner of the Penguins, the same team that he played for many years ago.

In addition to having played for the NHL, he had also participated in several international events such as the World Championships and Winter Olympics. In fact, he had helped Canada bring home a gold medal at the 2002 Winter Games in Salt Lake City.

How rich is the former ice hockey player? How much did he make from his NFL career? According to various online sites, Mario Lemieux’s current net worth is around $150 million. Did he earn the majority of this from playing on the ice? What other endeavors does he have going on? Let’s have a look.

How did Mario Lemieux Make His Money & Wealth?

Born on October 5, 1965, in Quebec, Canada, Mario Lemieux grew up in Montreal, where he began to play hockey at the age of three. Growing up, he and his brothers often practiced in the basement using wooden kitchen spoons and bottle caps- that is, until their father created an ice rink for them in the front yard.

Naturally gifted at the sport, he was eventually selected by the Pittsburgh Penguins in the 1984 Entry Draft, just a few years after having launched his career with the Laval Voisins (a junior ice hockey team). According to reports, he received $600,000, as well as a $150,000 signing bonus for his two-year contract.

Several months later, he made his professional defeat in a match against the Boston Bruins. From there, he not only made it to the NHL All-Star Game but was also given d the All-Star Game’s Most Valuable Player award.

Continuing to prove himself on the ice, Lemieux enjoyed immense success with the team over the next several years. In 1993 however, it was revealed that he had been diagnosed with Hodgkin’s Lymphoma. In order to receive the necessary radiation treatments, he ended up sitting out for a couple of months, during which the Penguins struggled against their opponents.

Fortunately, however, the treatment was a success. In fact, he flew to Philadelphia on the last day of his treatment, where he went on to score a goal against the Flyers; though they ultimately lose, his goal was met by a standing ovation by fans.

Not long afterward, he announced his first retirement in 1997. Ultimately it wasn’t until the new millennium that the returned back to the ice. From there, he enjoyed another six years with the Pittsburgh Penguins.

Considering all that’s been said above, it only makes sense that he’s earned a considerable amount from his career with the Penguins. In fact, he has been the owner of the team since 1999 (he had saved them from bankruptcy at the time).

Yes, Mario Lemieux has been married to Nathalie Asselin since 1993.

Does Mario Lemieux Have Any Children?

Did Mario Lemieux Go to College?

No, Mario Lemieux did not go to college- he was drafted by the Pittsburgh Penguins out of high school.

What is Mario Lemieux Famous For?

Mario Lemieux is best known for his career with the Pittsburgh Penguins. After playing with the team for many years, he purchased the franchise in 1999.

Originally from Quebec, Canada, he and his family currently reside in the Pittsburgh suburbs of Sewickley, Pennsylvania.

What Kind of Car Does Mario Lemieux Drive?

We do not have any information on Mario Lemieux’s vehicles at this time.

How Much Money Did Mario Lemieux Make Last Year?

Last summer, Lemieux won his third Stanley Cup as the owner of the Pittsburgh Penguins, after the team defeated the Nashville Predators on June 11, 2017. That same year, he was hailed as one of the “Greatest 100 NHL Players.”

Want to keep up with the former ice hockey player? If so, you’ll be happy to know that he’s active on social media- you can find Mario Lemieux on platforms such as Instagram and Twitter at @MarioLemieuxFdn. If you want to show your support on Facebook, be sure to give him a like on his official fan page here.