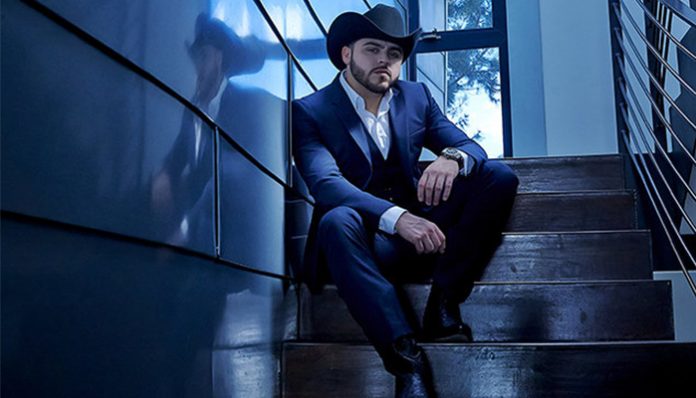 A two-time Grammy nominee, Gerardo Ortiz rose to fame with the release of his debut album, Ni Hoy Ni Mañana in 2010. A huge hit, it gave rise to many popular tracks including En Preparacion, A la Moda, and Hola Corazon, all of which have since been streamed tens of thousands of times online.

In the years since, he has released several other albums including Entre Dios y El Diablo, El Primer Ministro, Hoy Has Fuerte, and Archivos de Mi Vida, to name a few. Most recently, he came out with Comere Callado Vol. 2 in 2018.

How many records have he sold? How much has he earned from his albums and singles over the years? How financially successful is the Mexican singer? According to certain sites, Gerardo Ortiz’s current net worth hovers at around $6 million. Where did the bulk of his fortune come from? We’ll be discussing this topic below.

How did Gerardo Ortiz Make His Money & Wealth?

Born on October 5, 1989, in Pasadena, California, Gerardo Ortiz was brought up in Sinaloa, where he developed a passion for singing at an early age. By the time he was nine years old, he had started to make public performances. Unfortunately, not much else is known about his childhood, other than the fact that he was raised with his four brothers, one of whom is also a singer.

In 2010, he broke into the music scene with his debut album, Ni oy Mi Mañana. His first commercial project, it spawned a number of hit singles including Los euros de Colombia, En Preparacion, and Ni Hoy Ni Manana. By the end of the year, his debut effort had garnered him a Grammy Award nomination for Best Norteno Album.

Over the next few years, he released a few additional albums including Archives de Mi Vida, Enter Dios y El Diablo, and El Primer Ministro, all of which received rave reviews from fans. In early 2015, he also dropped a new single titled El Cholo, which charted in the Top Five.

Not only does he have a number of studio albums to his name but he has also released a few live albums- the latest of which came out in 2013. As you can probably expect, he would have earned a considerable amount of income from the above titles. With that said, it’s hard to say how many records he’s sold in total at this point.

In addition to his records, concerts are another major source of income for the artist. In fact, he will be embarking on a tour later this month across the U.S. For more information on the dates and cities, you can check out his official website here.

Like many singers, Ortiz has also made several appearances on television. For instance, he had his own biographical self-titled documentary, which aired on NBC Universo. In 2014, he also joined the eleventh season of the talent competition Tengo Talent, Mucho Talento as one of the judges.

No, as far as we know, Gerardo Ortiz is currently single and not in a relationship.

Does Gerardo Ortiz Have Any Children?

No, Gerardo Ortiz does not have any children.

Did Gerardo Ortiz Go to College?

No, Gerardo Ortiz has not gone to college. Instead of pursuing further education, he chose to go for a music career instead.

What is Gerardo Ortiz Famous For?

The last that we’d heard, Gerardo Ortiz resided in California. Unfortunately, we do not have any updates on his residence at this time, nor do we have any photos of his abode.

What Kind of Vehicle Does Gerardo Ortiz Drive?

We do not have any information on Gerardo Ortiz’s vehicle at this time.

How Much Money Did Gerardo Ortiz Make Last Year?

Information on Kareem Gerardo Ortiz’s 2017 earnings are not available.

Earlier this year, he released a new studio album titled, Comere Callado, Vol. 2. A sequel to his 2017 title, it gave rise to over a dozen new songs including Te Creia Todito, Mirame, Te Suplico, and Egoista.

As mentioned earlier, the singer will also be embarking on a concert tour later this month. For more information, you can check out his official website.

Wondering what he’s up to? If you’re curious, why not follow Gerardo Ortiz’s activity on social media? You can find him on Twitter at @Gerardoortiznet and on Instagram at @gerardoortizoficial. Don’t forget to also drop by his Facebook fan page while you’re at it!