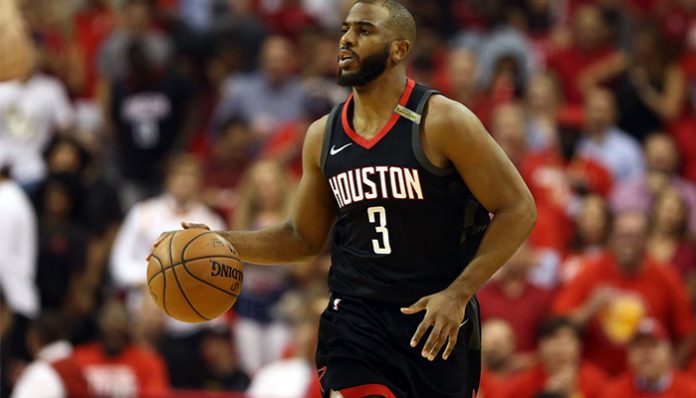 A professional basketball player, Chris Paul has been playing for the NBA since the mid-2000’s. After many years of playing for the New Orleans Hornets and the Los Angeles Clippers, he was traded to the Houston Rockets in 2017. For his efforts in the court, he received the NBA All-Star Most Valuable Player Award in 2013.

In addition to his NBA career, he is also a member of the U.S. National Team. In fact, he’s helped the United States bring home two Olympic gold medals- once in 2008 and once in 2012. As if that wasn’t impressive enough, he has also won a bronze medal at the FIBA World Championship in the past.

How wealthy is the NBA star? How much has he made from his professional basketball career? The last that we’d checked, Chris Paul’s current net worth stood at around $75 million. Did he bank most of this from his NBA career? Since we’re here, let’s have a more detailed look at his career below.

How did Chris Paul Make His Money?

Born on May 6, 1985, in North Carolina, Chris Paul was brought up in Winston-Salem, where he began playing basketball at a young age (his father was a former athlete). Growing up, he was often coached in various youth leagues alongside his older brother Charles. Later as a teen, he joined the school basketball team at West Forsyth High School.

By his senior year, he had garnered national attention after having scored over 60 points in a single game. Recognized for his talent, he was later named a Parade All-American and a McDonald’s All-American.

Following his high school graduation, he continued to play at Wake Forest University. Not only did he set new records as a freshman, but he also led the team to the NCAA Tournament, though they ultimately lost to St. Joseph’s. At the end of the season, Paul received the ACC Rookie of the Year Award.

In 2005, he was the fourth pick by the New Orleans Hornets in the 2005 NBA draft. Named NBA Rookie of the Year, he became the second rookie in the history of the NBA to lead the league in total steals. Though it’s not known how much he received initially, he later signed a $68 million extension with the Hornets in 2008.

In the end, he played for the New Orleans Hornets for six years, from 2005 to 2011. From there, he was traded to the Los Angeles Clippers for an undisclosed amount. After two years with the team, he received his first NBA All-Star Game Most Valuable Player Award. By the beginning of the 2013-14 season, he had re-signed with the LA Clippers for an alleged $107 million.

Many seasons later, he was traded to the Houston Rockets in 2017. As of 2018, he and the team have faced off against numerous opponents including the Charlotte Hornets, Los Angeles Lakers, Minnesota Timberwolves, and New Orleans Pelicans, to name a few.

One of the highest-earning athletes in the world, it’s not surprising to know that he has several endorsement deals including ones with State Farm and Nike.

Yes, the NBA star has been married to Jada Crawley since 2011.

Does Chris Paul Have Any Children?

Did Chris Paul Go to College?

Yes, he went to Wake Forest University in his native North Carolina after graduating from high school.

What is Chris Paul Famous For?

A professional basketball player, Chris Paul rose to fame as a part of the New Orleans Hornets in the mid to late 2000’s. Since then, he has also played for the Los Angeles Clippers and Houston Rockets, the latter of which he is still with to this day.

He and his family live in a lavish home in Bel Air, which he purchased from pop singer Avril Lavigne for $3.5 million in 2012.

What Kind of Car Does Chris Paul Drive?

Details on Chris Paul’s vehicle are not available.

How Much Money Did Chris Paul Make Last Year?

Unfortunately, details on Chris Paul’s annual salary is not available at this time.

As mentioned previously, Chris Paul was recently traded to the Houston Rockets in the summer of 2017. Since then, he and the team have won against numerous opponents including the Brooklyn Nets, Utah Jazz, San Antonio Spurs and Charlotte Hornets.

What’s the NBA star up to nowadays? If you’re a fan, why not keep up with his activities by following him on social media? You can find Chris Paul on Twitter and Instagram and @CP3. If you’d like to show your support on Facebook, you can also check out his official fan page by clicking here.