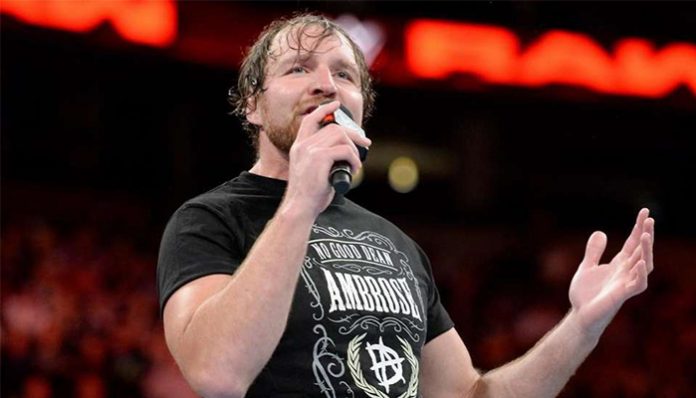 A professional wrestler, Dean Ambrose has been signed to the WWE since the early 2000’s. Over the years, he has worked for various promotions such as Ring of Honour, Full Impact Pro, Evolve Wrestling, and Combat Zone Wrestling. In 2010, he won his first title at the FIP World Heavyweight Championships.

In addition to his wrestling career, he is also somewhat of a television personality. For instance, he appeared as a recurring character in the reality series Total Divas from 2016 to 2017. Aside from that, he’s also dabbled in acting. In 2015, he starred in the action film 12 Rounds 3: Lockdown.

How wealthy is he? How much has he made as a professional from his work with the WWE? How is the wrestler doing for himself nowadays? According to sources, Dean Ambrose’s current net worth stands at around $6 million. Let’s have a closer look at his career below.

How did Dean Ambrose Make His Money & Wealth?

Born on December 7, 1985, in Cincinnati, Ohio, Dean Ambrose grew up in the rough neighborhoods of the East End, where he and his mother lived in public housing. As a means of escaping his rough upbringing, he often immersed himself in wrestling stories and videotapes; his biggest idol growing up was Bret Hart. Wanting to pursue the sport himself, he later dropped out of high school to train as a wrestler as a teen.

At the age of eighteen, he began to train with Les Thatcher and Cody Hawk at the Heart Wrestling Association. Not long afterward, he made his debut under the name Jon Moxley. Within two years, he had started to partake in the HWA Heavyweight Championship. After a few matches, he successfully won the title on May 9, 2006.

Despite the win, he eventually lost the championship title to Gerome Philips in 2010. From there, he participated in the IPW World Heavyweight Championship, during which he defeated Jimmy Jacobs, with whom he had a war of words with previously. After defeating Drake Younger, he successfully retained the championship.

Since then, Ambrose has also been involved with Combat Zone Wrestling, Dragon Gate USA, and various other promotions. As far as how much he’s earned from the ring, it’s said that his contract with WWE itself had exceeded over $1 million. In terms of his basic salary, he makes anywhere from $800,000 to $900,000 a year; on top of that of course, he also receives various bonuses from things such as non-wrestling appearances, merchandise, etc. Assuming that he continues to do what he’s doing, it’s likely that he will receive another salary increase in the near future.

As far as other ventures go, he has also dabbled in acting. For instance, he had made his feature film debut in 12 Rounds 3: Lockdown, where he played the lead protagonist. In 2016, he also made a small cameo in the action movie, Countdown.

In terms of television appearances, he was a recurring character in the reality series, Total Divas from 2016 to 2016 (he guest starred in the previous seasons).

Does Dean Ambrose Have Any Children?

No, as far as we know, Dean Ambrose does not have any children.

Did Dean Ambrose Go to College?

No, as far as we know, Dean Ambrose did not go to college.

What is Dean Ambrose Famous For?

Dean Ambrose is best known for his WWE career. Over the years, he has worked for a number of promotions including Dragon Gate USA, Full Impact Pro, Ring of Honour, and Combat Zone Wrestling, among several others.

He and his wife reside in Las Vegas, Nevada. Unfortunately, we do not have any pictures of their home at this time.

What Kind of Car Does Dean Ambrose Drive?

Details on Dean Ambrose’s vehicle are not available.

How Much Money Did Dean Ambrose Make Last Year?

At this time, we do not have any information on Dean Ambrose’s annual salary.

As mentioned earlier, he made a number of appearances in the reality show Total Divas in 2017. On the big screen, he last appeared in the 2016 film Countdown.

As far as his wrestling career goes, he has unfortunately been out of action since late 2017 due to a triceps injury.

Widely known to be a private person, Dean Ambrose is not active on social media. In fact, he has stated numerous times that he “doesn’t feel the need to open [himself] up to everybody with a phone.”