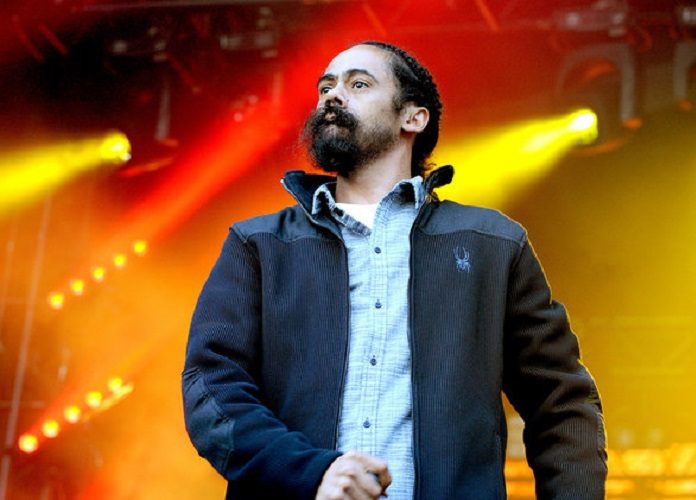 Bob Marley’s premature death almost 40 years ago shocked the World, but his legendary status as the most influential reggae artist of all time is deeply entrenched in Jamaican culture, and his greatest legacy to reggae fans today has to be the musical contributions of his children to the genre. Damian Marley is the youngest of Bob’s eleven children and was only two years old when he died, but he has built his own reputation as one of the greatest reggae artists of the present day, with his own modern twist to Bob’s traditional reggae sound.

Still only 39 years old, Damian Marley has been performing since an early age, during which time he has fused reggae and hip-hop into his own distant style, collaborated with prominent contemporary hip-hop artists, and had a string of hits around the World. Damian Marley now in 2018 has earned a considerable fortune in his own right, but exactly how much is he worth today? Read on to find out.

How Did Damian Marley make his money & wealth?

Damian Marley was born on July 21st, 1978 in Kingston, Jamaica. His mother, Cindy Breakspeare, was the winner of Miss World in 1976, although Bob was still married to his wife Rita at the time. Damian was brought up by Cindy and his step-father and enjoyed a privileged upbringing in Stony Hill, one of the safest areas of Jamaica. He went to one of Jamaica’s best schools, and after his father died, when he was only two, he learned about Bob through his music.

Damian was only thirteen when he formed his first band, ‘The Shephards’. One of his band-mates was the son of Jamaican Ska and Rocksteady singer Freddie McGregor, and another was the son of Stephen ‘Cat’ Coore from Reggae group Third World. In 1992 the band opened the Sunsplash Reggae Festival in Jamaica, the islands biggest festival, but within a year the members of The Shephards went their separate ways, and Damian embarked on a solo career.

Two of Bob’s sons had already succeeded in building critically-acclaimed reputations for their music internationally. Both Stephen and Ziggy Marley were already familiar names to reggae fans, but when Damian released his début album, ‘Mr. Marley’, in 1996, it was a surprising departure from the traditional reggae sound. For the first time, fans heard a member of the Marley family deejaying as well as providing the vocals. Damian’s approach to reggae was far more contemporary than his brothers, and the originality of his sound won the genre many new fans.

Damian’s early career was supported by his father’s record label, ‘Tuff Gong’, and his first album was also produced by older brother Stephen. His second studio album, ‘Halfway Tree’, suffered from a badly-timed release date, it came out on September 11th, 2001, and although at the time no-one was paying any attention to music, by the time of the 2002 Grammy Awards, Damian was picking up his first major award, a Grammy for Best Reggae Album.

By 2005 Damian had grown in popularity around the World, his profile boosted by an exhausting schedule of global tours. Particularly popular in the United Kingdom, his third album, ‘Welcome to Jamrock’ was released in September 2005, and sold over 86,000 copies in the first week. The album eventually sold over half a million copies in the United States, achieving a gold certification in the process, and it also produced a number of commercially successful singles, most notably ‘The Master Has Come Back’, and ‘Road to Zion’, Damian’s first collaboration with multi-platinum selling hip-hop artist Nas. The most successful single, however, was the title track, it crossed over into mainstream charts on both sides of the Atlantic, reaching number 13 in the UK, and 55 of the Billboard Hot 100 chart. It also just squeezed into Rolling Stone’s list of the Top 100 songs of the decade, at number 100.

‘Distant Relatives’ sold over 50,000 copies in the first week and entered the Billboard 200 chart at number 5, it also topped several of Billboard’s Digital Album charts, including the R&B/Hip-Hop and Rap album charts. It achieved Top 10 album chart rankings in both Canada and the United Kingdom, and it produced the commercially successful single ‘As We Enter’.

Collaborations have marked Damian’s work since Distant Relatives. ‘SuperHeavy’ was a super-group comprising of Damian, Mick Jagger, singer Joss Stone and Dave Stewart of Eurythmics fame, among others. The eponymous SuperHeavy Album had been in production since 2009, and comprised of over 35 hours of music, before the group managed to edit the whole project down to a more reasonable 52 minutes, and it spawned the hit singles ‘Miracle Worker’ and ‘Satyameva Jayathe’, the latter heavily influenced by the involvement of Indian composer A.R. Rahman. Damian also collaborated with Skrillex in 2012 on ‘Make it Burn Dem’, which achieved a platinum certification and over a million sales in the United States.

Since then Damian Marley has released the ‘Set up Shop’ trilogy of albums featuring collaborations with various artists. Last year he was featured on the single ‘Bam’ from Jay-Z’s album ‘4:44’, and he also collaborated with Skrillex a second time, as well as older brother Stephen, and Ty Dolla Sign. He completed 2017 with the release of his fourth solo studio album, ‘Stony Hill’, which won a fourth Grammy Award for Damian in January 2018, for Best Reggae Album. The Album topped the US Reggae Charts in late 2017 and achieved number 65 on the Billboard 200 chart.

Damian Marley has never married, but he has been in a long-term relationship with girlfriend Cristal Chaitram since 2006, and they had a son, Elijah, together in 2009. Elijah is featured visiting Jamaica for the first time in the video to ‘Living it up’, from the Stony Hill album. Damian has also revealed that the Marley musical magic is likely to be passed down to a third generation. Elijah is only eight, but he’s already appeared on stage with Damian and Stephen Marley, singing ‘Could You Be Loved’ with his dad and his uncle at the Paramount Theater in New York in 2015, and he’s also developed a love for drumming.

Damian Marley has been a long-time supporter of the medicinal benefits of marijuana. He owns a home in California, and in 2016 it was revealed that he is part of a group that was planning to convert the Claremont Custody Center in Coalinga, California into a legal growing operation. The deal was settled in 2017 and the former prison now has a completely different purpose than it’s original one. Damian has also partnered with a Colorado-based company to launch ‘Stony Hill’, a large dispensary near Denver’s Mile High Stadium that opened in 2017. He has been an ardent supporter of the legalization of marijuana since a close friend recovered from cancer with the aid of the drug. His earnings from his musical back catalog are estimated to be in excess of $1 million per year, but with the Worldwide success of ‘Stony Hill’, his earnings for 2018 are estimated to be at least double that amount.

Rita Marley, Bob’s widow, and other members of the Marley family all support the 1Love Organization, a charitable non-profit that focuses on promoting Global peace, empowering young people and protecting the planet. In 2011 Damian and several other Marley family members contributed $100,000 to causes dedicated to bringing safe and clean drinking water to people in developing nations, and together with Nas, he donated the profits from their ‘Distant Relatives’ album towards building schools and hospitals in the Republic of the Congo in Africa. Fans of Damian can keep up to date with his latest work and collaborations on Facebook, or via his Instagram account, where he’s followed by 700,000 fans.