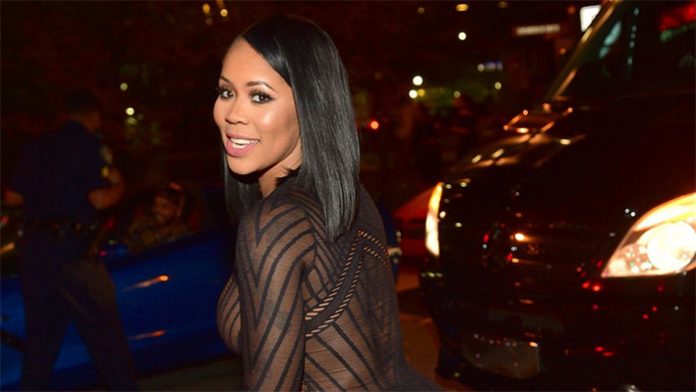 A television personality, Deelishis gained fame after winning the popular reality show Flavor of Love 2 in 2006. Since then, she has appeared in a number of other programs such as 106 & Park Top 10 Live, Comedy Central Roast of Flavor Flav and Love & Hip Hop: Atlanta. As an actress, she has also played a few roles in the films Pawn Shop and Queen of Media.

In addition to her TV career, she has also launched a music career. Her debut single, Rumpshaker was released in 2007. Well received, it was later followed by The Movement and Set It Off, both of which are available for streaming online.

How rich is the TV personality? How much has she made from her television career? Her music career? According to various sources, Deelishis’ current net worth stands at around $250,000. Where did she earn the majority of this from? Let’s find out.

How did Deelishis Make Her Money & Wealth?

Born on January 2, 1978, in Detroit, Michigan, Chandra Davis aka Deelishis first gained fame after winning season two of VH1’s popular reality series, Flavor of Love 2 in 2006. A game show similar to that of The Bachelor with its dating aspects, it featured twenty different women, all of whom competed for a chance for Flavor Flav’s heart. In her mid-twenties at the time, she had ultimately won the competition after Flavor Flav, the star of the show,  chose her over Tiffany Pollard. Despite having won, however, it was later revealed that the two were not dating.

Since the end of Flavor of Love, she has appeared in several other television programs such as Hip Hop vs. America II: Where Did the Love Go?, Comedy Central Roast of Flavor Flav, and Love & Hip Hop: Atlanta. At one point, it was even said that she would be competing on the third season of I Love Money, though the show was later canceled.

As an actress, she has also worked on a couple of films including Queen of Media and Pawn Shop, the latter of which came out in 2012. Most recently, she co-starred in the short film, Mafietta: Rise of a Female Boss in 2016.

Unfortunately, it’s hard to determine how much she’s earned from her television appearances at this time. Nonetheless, the above shows have played a significant role in boosting her popularity.

In addition to her television/film career, Deelishis has also launched a music career. A year after winning the reality show, she released her debut single, Rumpshaker in 2007. To date, the accompanying music video has racked up over 2 million views on YouTube.

Though she’s yet to release an album (she had expressed an interest in doing so in the past), she has come out with two additional singles since- The Movement and Set It Off, the former of which is a response to the 2008 U.S. presidential election.

Not only has she made herself known as a singer, but she’s also gotten involved with modeling. For instance, she graced the cover of Black Men magazine in the fall of 2007.

As far as we know, Deelishis is currently single. In the past, she was married to Orlando Jordan.

Does Deelishis Have Any Children?

Yes, she has two daughters; she gave birth to her youngest at the age of 32.

Did Deelishis Go to College?

No, as far as we know, Deelishis did not go to college.

What is Deelishis Famous For?

Deelishis is best known for having won the VH1 reality show Flavor of Love 2 in 2006. To this day, it remains to be her best-remembered appearance on television.

As a singer, she is perhaps best known for her song Rumpshaker, which was released in 2007.

Where Does Deelishis Live now? Pictures of Deelishis’ House

Unfortunately, we do not have any information on Deelishis’ location at this time, nor do we have any photos of her home to share.

What Kind of Car Does Deelishis Drive?

Details on Deelishis’ vehicle are not available.

How Much Money Did Deelishis Make Last Year?

At this time, we do not have any information on Deelishis’ annual salary.

As far as we can tell, she hasn’t made any appearances on television in the past couple of years. Looking at IMDb, she last made a cameo in VH1’s Love & Hip Hop: Atlanta in 2016.

In terms of her music career, it’s also been a while since her last release. Can we expect to see an album from her sometime in the near future? Only time can tell.

Want to keep up with the TV personality? If so, why not follow Deelishis on social media? You can find her on Twitter at @IamDEELISHIS and on Instagram at @Iamsodeelishis. If you want to show your support on Facebook, you can also check out her official fan page here.