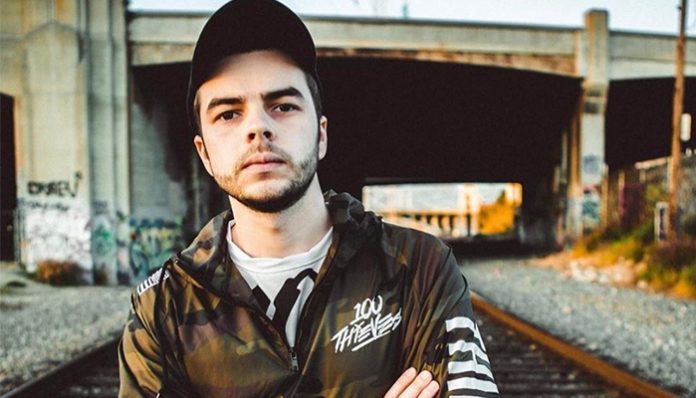 A YouTube sensation, Nadeshot is perhaps best known for his achievements as a competitive Call of Duty gamer. Over the years, he has earned many titles including the Gamebattles Live Champion and MLG All-Star Classic MVP.

Incredibly popular with a solid fanbase, he has amassed more than 3 million subscribers on his YouTube channel to date. Similarly, he also has over 850,000 followers on Twitch. Though best known for his Call of Duty videos, he has since gone on to include other content such as vlogs, and game plays of other titles such as Battle Royale.

How much money has he won as a competitive gamer? Considering his audience, how much does he pull in from his Youtube channel? How wealthy is he? To answer this question, it’s said that Nadeshot’s current net worth hovers at around $2 million. Let’s have a better look at his career below.

How did Nadeshot Make His Money & Wealth?

Born on August 3, 1992, in Palos Hills, Illinois, Nateshot aka Matt Haag began to play competitively at the age of thirteen. After turning professional, he joined the OpTic Clan, a competitive team in 2010. Within a few years, he had become the captain, after the former resigned. During their time together, the group won many Call of Duty Championship tournaments.

In 2015, he left OpTic with the announcement that he would be taking a break from competitive gaming. From there, he put together his own competitive team called 100 Thieves. Since then, he’s signed many players including Aphromoo and Meteos.

How much has he earned from his competitive gaming career? Though it’s hard to say, it’s no secret that winners easily take home a hefty amount of prize money from tournaments. For instance, the Call of Duty XP Championship awards its winners a cash prize of $2 million (Nadeshow had won the championship in 2011).

Aside from what he’s raked in from his competitive gaming, there’s also his YouTube channel, which brings in a decent amount of ad revenue. Since its launch in 2010, he has amassed more than 3 million subscribers with over 477 million views. According to sources such as Nailbuzz, the gamer earns an average of $270 per day, which works out to be approximately $100,000 per year.

In addition to his primary channel, which is mainly for his vlogs and Call of Duty videos, he also has a second YouTube account, NateshotPlays. Though not as popular as the former per se, it has already gained more than 970,000 subscribers with over 100 million views. Assuming that it’s being monetized (which it most likely is), it would provide the gamer with yet another stream of revenue.

To sum up everything, it’s likely that Nadeshot earned most of his current wealth from his success as a professional Call of Duty gamer (i.e. prize money). As a supplement to that, he also makes a decent amount of ad revenue from his two YouTube channels.

No, as far as we know, Nadeshot is not married.

Does Nadeshot Have Any Children?

No, Nadeshot does not have any children.

Did Nadeshot Go to College?

Yes, he did. After finishing high school, he went to Moraine Valley Community College, where he completed a two-year business program.

What is Nadeshot Famous For?

Nadeshot is perhaps best known for his accomplishments as a competitive Call of Duty gamer. Aside from that, he’s also got himself a reputation on YouTube, where he has over 3 million subscribers.

Where Does Nadeshot Live now? Pictures of Nadeshot’s House

Nadeshot currently splits his time between Illinois and Los Angeles. Unfortunately, that’s all the information that we have on his location at this time.

What Kind of Car Does Nadeshot Drive?

Details on Nadeshot’s vehicle are not available.

How Much Money Did Nadeshot Make Last Year?

At this time, we do not have any information on Nadeshot’s annual salary.

In late 2017, his competitive gaming team, 100 Thieves, signed a few new players including Aphromoos and Meteos for CS:GO.

Other than that, Nadeshot has of course been updating his YouTube channel on a regular basis. If you haven’t already done so, be sure to subscribe to his latest gaming videos and vlogs!

Want to know what the gamer’s up to when he isn’t playing? If so, how about following Nadeshot on social media? You can find him on Twitter and Instagram at @Nadeshot. On Facebook, you can also show your support on his official fan page here.