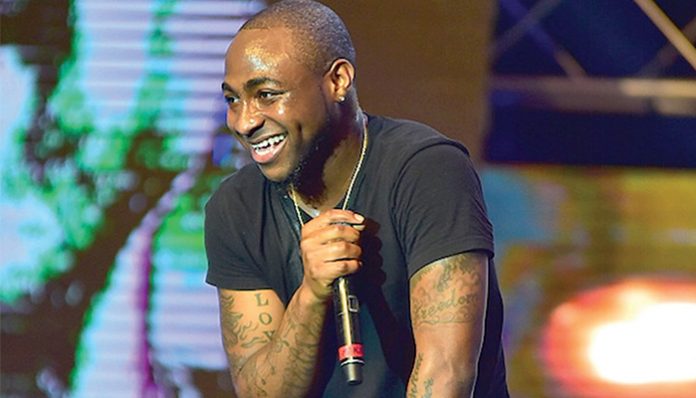 An award-winning singer, Davido rose to fame with the release of his hit song Dami Duo in 2011. Since then, he has recorded many other tracks including One of a Kind, Dodo, Aye, and Fans Mi. Most recently, he came out with a single titled, Assurance earlier this year.

In terms of multi-track projects, he dropped his debut album, Omg Baba Olowo in 2012. Despite mixed reviews, it eventually went on to win Best R&B Album at The Headies 2013. Four years later, he put together an EP titled, Son of Mercy, which gave rise to five new songs.

How successful is the artist? How many records has he sold altogether? How much money has he pulled in from his records? According to various sources, Davido’s current net worth stands at around $14 million. From what did he make the bulk of this amount from? Let’s take a look at this below.

How did Davido Make His Money?

Born on November 21, 1992, in Atlanta, Georgia, Davido grew up in Lagos, Nigeria, where he went to the British International School. Upon graduating, he continued his studies at Oakwood University, where he majored in business administration. Ultimately, it was during his college days that he developed an interest in music. Wanting to take his hobby further, he eventually bought his own music equipment to record his own beats.

After spending some time in London, he returned to Nigeria and enrolled at Babcock University. Around that same time, he began to work on his debut album, Omg Baba Olowo. Many months later, he released his first recording titled, Back When, which ended up being a major hit.

The following year, his debut studio album hit stores. A 17-track project, it featured guest appearances from several artists including Ice Prince, 2 Face Idiba, B.Red, and Sina Rambo. Despite negative reviews from critics, who denounced its production and lyrical content, it won many awards including a Nigeria Entertainment Award nomination for Best Album of the Year.

Though he hasn’t released any additional albums since, he has come out with many singles such as Gone, Dodo, The Sound (Feat. Uhuru and DJ Buckz) and Fans Mi (Feat. Meek Mill). In 2016, he also issued an extended play titled, Son of Mercy, which gave rise to five tracks including How Long, Return, and Gbahbe Oshi. Well received, the EP has already racked up tens of thousands of streams on Soundcloud.

Considering his work as a recording artist, it’s only natural that a significant portion of his income comes from his records. On top of that, however, he also pulls in a decent amount of earnings from putting on concerts and shows, though he doesn’t have any scheduled at the moment.

In terms of other ventures, it was announced that he had signed an ~$83,000 endorsement deal with MTN in 2012. A year later, he also signed with Guinness Nigeria; as part of the deal, the singer later performed at the Guinness World of More Concert alongside Ice Prince, P-Square, Phyno, and Burna Boy, among a few others. Earlier this year, he also received endorsement deals from Pepsi and Infinix.

While he isn’t married, he is taken- as of 2018, he is dating a young woman named Chioma Avril.

Does Davido Have Any Children?

No, Davido does not have any children.

Did Davido Go to College?

Yes, he studied business at Oakwood University prior to moving to Nigeria. Afterward, he also earned a music degree from Babcock University.

What is Davido Famous For?

Davido is perhaps best known for his 2011 hit, Dami Duro, which received critical acclaim throughout Nigeria.

Where Does Davido Live now? Pictures of Chris Paul’s House

Born in Atlanta, Georgia, he spent most of his youth in Lagos. The last that we’d heard, he was in Nigeria. At this time, we do not have any pictures of his abode to share with readers.

What Kind of Car Does Davido Drive?

Last month, it was revealed that the singer had bought a second hand Porsche for his girlfriend, Chioma.

How Much Money Did Davido Make Last Year?

Unfortunately, details on Davido’s annual salary is not available at this time.

Earlier this year, he released a new single titled, Assurance, which has since been played over 7.8 million times on YouTube. In terms of albums, however, he hasn’t come out with any new titles since 2016.

Want to keep up with Davido? If so, you’ll want to follow him on social media- you can find him on Twitter at @Iam_Davido and on Instagram at @DavidoOfficial. For his MVs, interviews, live performances and more, you can visit his official YouTube channel by clicking here.