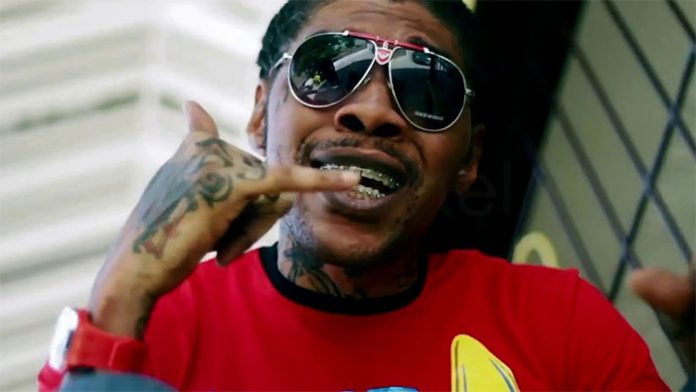 A Jamaican music artist, Vybz Kartel has released numerous hits over the past two decades. For instance, he’s known for his singles Tekk Buddy, Picture This, and Ramping Shop (Feat. Spice), all of which charted in the U.S. A skilled lyricist, he is often credited by others as being an inspiration for dancehall-inspired work.

Despite having been sentenced to prison in 2014, he continues to release new music on a regular basis. In fact, he had dropped more than 50 new songs in 2016 alone. That same year, he had also issued a new album titled, King of the Dancehall, which went on to peak at number two on the US Top Reggae Albums chart.

How much has he pulled in from his musical efforts? How well-off is he as a recording artist? To answer to this question, it’s said that Vybz Kartel has an estimated net worth of $1 million as of 2018.

How did Vybz Kartel Make His Money & Wealth?

Born on January 7, 1976, in Kingston, Jamaica, Vybz Kartel began making music as a teenager. At the age of seventeen, he recorded his first song titled, Love Fat Woman, which was released through the music label, One Heart. From there, he performed with a group called Vybz Cartel (he chose to keep the name after their disbandment) briefly, before pursuing a solo career.

In 2003, he released his debut album, Up 2 Di Time. By the end of the year, he had himself a decently sized fanbase in his native Jamaica. Continuing with his music career, he churned out several projects over the next several years including More Up 2 Di Time, The Teacher’s Back, Most Wanted, and J.M.T. Some of his most popular songs to date include Tekk Buddy, Picture This, two of his earliest singles, both of which had reached the Top R&B music chart in the U.S.

Several years later, his albums began to chart on the US Top Reggae Albums. For instance, he had come out with Kingston Story and The Voice of the Jamaican Ghetto, both of which had reached the top 10 on the music chart.

Despite his burgeoning career, however, he soon found himself behind bars in 2014, after being charged with the murder of Clive Williams. In spite of his situation, however, he has continued to release new music on a regular basis. In 2016 alone, he had recorded more than 50 new songs! That same year, he also put together an album titled, Reggae Love Songs.

Since then, Kartel has released another album titled King of the Dancehall. Featuring guest appearances from Gaza Tuscan, Moncherie, and Demarco, it contained over a dozen new tracks including Western Union, Most Wanted, Enemy Zone, and Don’t Know Someone, among several others.

In addition to his solo releases, the rapper has done a few collaborations with artists such as Zena, Kalash, and Major Lazer. Some of these tracks include Girlfriend, Pon de Floor, Been Around the World and No Roof.

Though not much is known about his private life, it’s assumed that Vybz Kartel is currently single and not in a relationship.

Does Vybz Kartel Have Any Children?

Yes, he does. A father of two, he has two sons who go by the names Little Addi and Little Vybz.

Did Vybz Kartel Go to College?

No, as far as we know, Vybz Kartel did not go to college.

What is Vybz Kartel Famous For?

Vybz Kartel is perhaps best known for his work in popularizing dancehall. Some of his most popular singles to date include Dancehall Hero, Summer Time and Ramping Shop.

Since 2014, Kartel has been incarcerated. Sentenced to life imprisonment for the murder of Clive Williams, he will be eligible for parole after serving 35 years.

What Kind of Car Does Vybz Kartel Drive?

Details on Vybz Kartel’s vehicle are not available.

How Much Money Did Vybz Kartel Make Last Year?

At this time, we do not have any information on Vybz Kartel’s annual salary.

So far this year, he has put together two albums titled Vybz Kartel Masterpiece and Vybz Kartel Choices (Remastered). In terms of singles, he released a few titles including Marie, Under Water, 541, and Old Time Jamaica earlier this year.

For those who’d like to check out his official music videos, you can subscribe to his YouTube channel here. Similarly, the artist also has a Soundcloud account, which he updates on a regular basis here.