What Happened to Matt from Alaskan Bush People? – 2018 Update 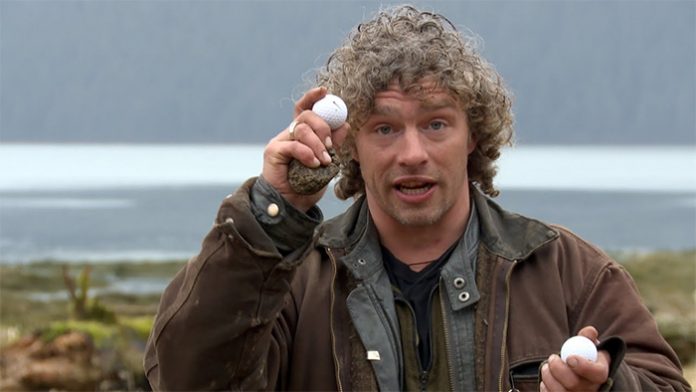 A reality star, Matt Brown gained fame on the reality series, Alaskan Bush People, which aired on the Discovery Channel. One of the main cast members, he and his family were known for their unique lifestyle in that they lived in isolation, far removed from civilization. A rather popular show, the seventh season had recently aired in 2017.

With that said, Matt hasn’t appeared in the series for a while. What has he been up to? If you’re curious, be sure to keep on reading!

What Happened to Matt from Alaskan Bush People? 2018 Recent Update

A few days prior to when the seventh season was to premiere on The Discovery Channel, it was revealed that the eldest sibling, Matt, had suffered a reported head injury. What happened? According to sources, the bizarre accident involves a mason jar filled with cannon fuse and gunpowder, that had exploded in the refrigerator (yes, it was being stored in the fridge) in their rural Alaska home.

Though some people initially believed it to be a stunt for the show, this was later confirmed to be untrue; in fact, Alaskan Bush People had not been filming at the time. Why did he have such a thing in the fridge though? Your guess is as good as ours.

Fortunately for him, however, he only required nine stitches to the head. Despite that, rumors quickly surfaced on the web that he may no longer be allowed to film for the upcoming episodes of the show. To the pleasant surprise of fans, however, he eventually returned for the seventh season of Alaskan Bush People, which premiered in 2017.

Prior to the head injury incident, Matt had made headlines after it was revealed that he would be going into rehab in 2016. Known for making “bad choices”, it’s said that he had picked up a drinking habit a while back when the family spent time in Juneau. Though initially ashamed about the situation, he later opened up to his parents, who provided him with “unbelievable support.”

As far as what he is doing now in 2018, it’s been confirmed by a production insider that Matt, along with the rest of his family (including his mom Ami who recently battled against lung cancer), is currently filming in Washington for the eighth season of Alaskan Bush People. For now, however, the premiere date for season eight is still unknown.

About Matt from Alaskan Bush People

Born on September 7, 1982, Matt Brown made his television debut alongside the rest of his family in the first season of Alaskan Bush People, which premiered in 2014. The oldest son, he has six younger siblings- four brothers named Bam Bam, Bear, Noah, and Gabs, and two sisters named Rain and Birds.

As you can probably expect, the family has gone through a lot in the five years since they first started to film the show. For one thing, they’re no longer living in the wilderness of Alaska; instead, they’ve moved into a lake-front house in Washington state.

As far as we know, Matt hasn’t appeared in any other television programs- which is understandable, considering his unique lifestyle.

A reality series, Alaskan Bush People debuted on the Discovery Channel in 2014. Filmed on location, the show centered around the Browns- a unique family that is so far removed from civilization, that they often go months without seeing an outsider. A “wolf pack”, they even have their own dialect and accent, possibly due to their level of isolation.

As the show’s name implies, the Browns initially lived in the Copper River Valley in Alaska, where temperatures frequently dropped to below zero. Since then, however, it would appear that they’ve moved into a decent lake-front home in Washington.

For those who’d like to tune in, Alaskan Bush People currently airs on the Discovery Channel on Fridays at 9/8c.

As mentioned earlier, Matt Brown had suffered from a bizarre incident in 2016. More specifically, he had received a blow to the head after a mason jar, stuffed with gunpowder, exploded in his refrigerator. Fortunately, his injuries were rather minor in that he only required nine stitches to the head.

At the time, the seventh season premiere of Alaskan Bush People was just a few days away. Following the incident, there were rumors that Matt would not be returning for the show. To the relief of fans, however, said claims were later refuted after he made his return in the seventh season.

As far as what the whole family is up to now, the last that we’d heard, they were finishing up with filming the eighth season. Having said that, there has not yet been any word on a premiere date; it looks like we’ll just have to wait a little longer for the show to return to television.